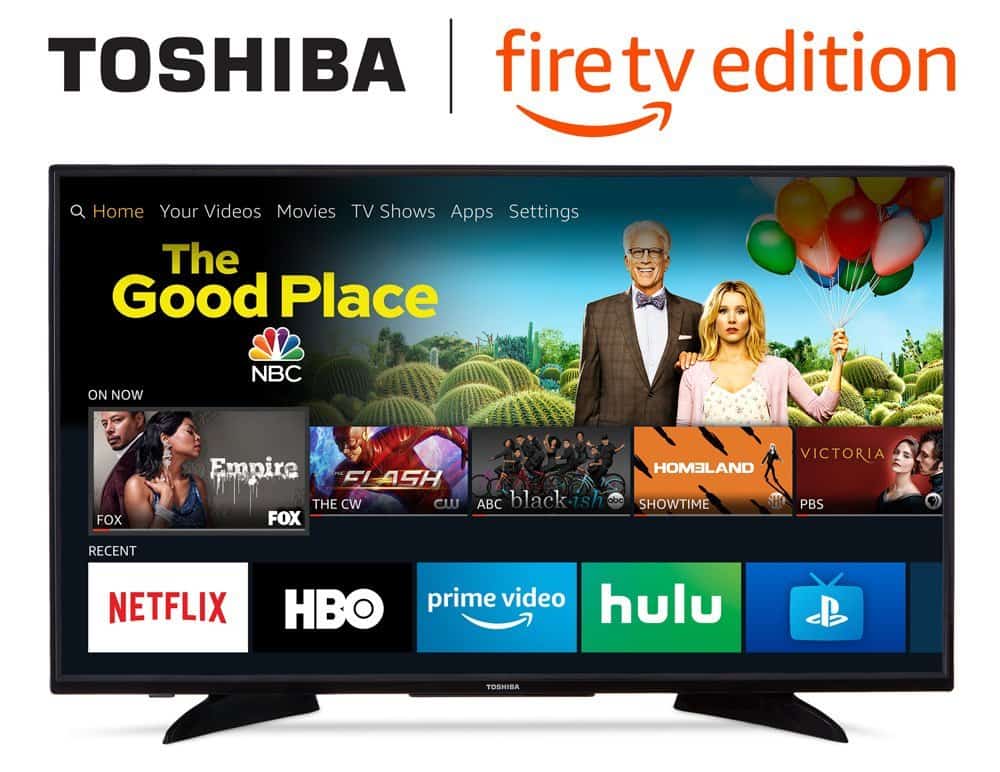 Toshiba's latest Fire TV edition TV sets are now available to buy. These units have been available to pre-order through Amazon for the last few weeks although the pre-order period had now officially come to a close with the new TVs now in stock and ready to ship out to those who place an order.

In total, there are three new models available which primarily differ in terms of size. The smaller (and most affordable) option is a 43-inch version which can now be purchased for $329.99. Up next is a 50-inch model which comes with a $399.99 price tag attached, and the largest of the three is the 55-inch version which currently costs $479.99. Besides the difference in size, buyers of any sized model can expect a very similar experience overall, as all three models support 4K Ultra HD and come loaded with Amazon's Fire TV OS. Which does mean that in addition to access to all the usual smart TV and video streaming apps, all three also come loaded with Amazon's Alexa voice assistant technology, accessible through the voice-enabled remote control. Those who also happen to own an Amazon Echo device will be able to make even better use of the Alexa features due to the TV's ability to connect to the Echo device, resulting in a true hands-free TV experience.

One of the added benefits of the Alexa integration is these TVs will also be compatible with other smart home products that also support Alexa. Affording owners the option to control those additional devices by issuing voice commands through the TV. With this also being a Fire TV OS product, Amazon Prime members will be able to take advantage of various member-exclusive features, such as shopping through Amazon on the TV, as well as access to the company's own video streaming service, Prime Video. Al three TV sets support a 60 Hz refresh rate and are also VESA mount-compatible. This is all in addition to the three models coming equipped with three HDMI ports — one of which comes with Audio Return Channel (ARC) support –, one optical port and one USB 2.0 port, as well as Ethernet, RCA, headphone ports, and dual-band Wi-Fi support.

Advertisement
Buy Toshiba Fire TV Edition
Advertisement
Trusted By Millions
Independent, Expert Android News You Can Trust, Since 2010
Publishing More Android Than Anyone Else
29
Today
186
This Week
106
This Month
4093
This Year
105570
All Time
Advertisement