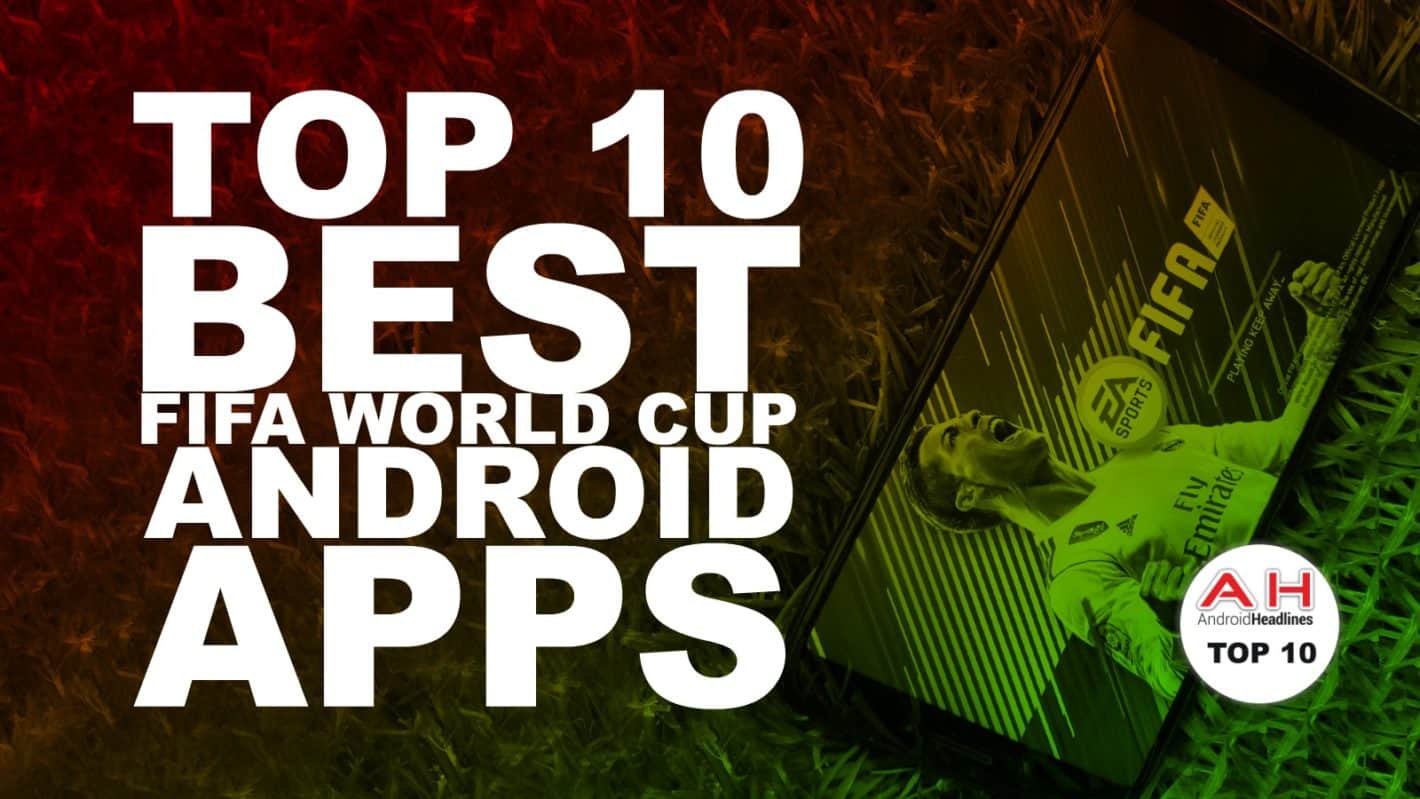 The new FIFA World Cup is less than a week away now and with the final friendlies playing out as we type these sentences, there's no better time to prepare for the biggest football/soccer spectacle of the year than playing some excellent video games. If you happen to be on the move a lot or are simply on the lookout for a (slightly) less hardcore experience, your Android smartphone is as good of a sports gaming platform as any, with the Google Play Store holding a broad range of various titles that will keep you entertained in the run-up to the Russia-hosted FIFA World Cup, as well as during the month-long competition itself. With that in mind, below you'll find the list of the top ten best Android games related to the event that can currently be downloaded on your smartphone or tablet of choice. 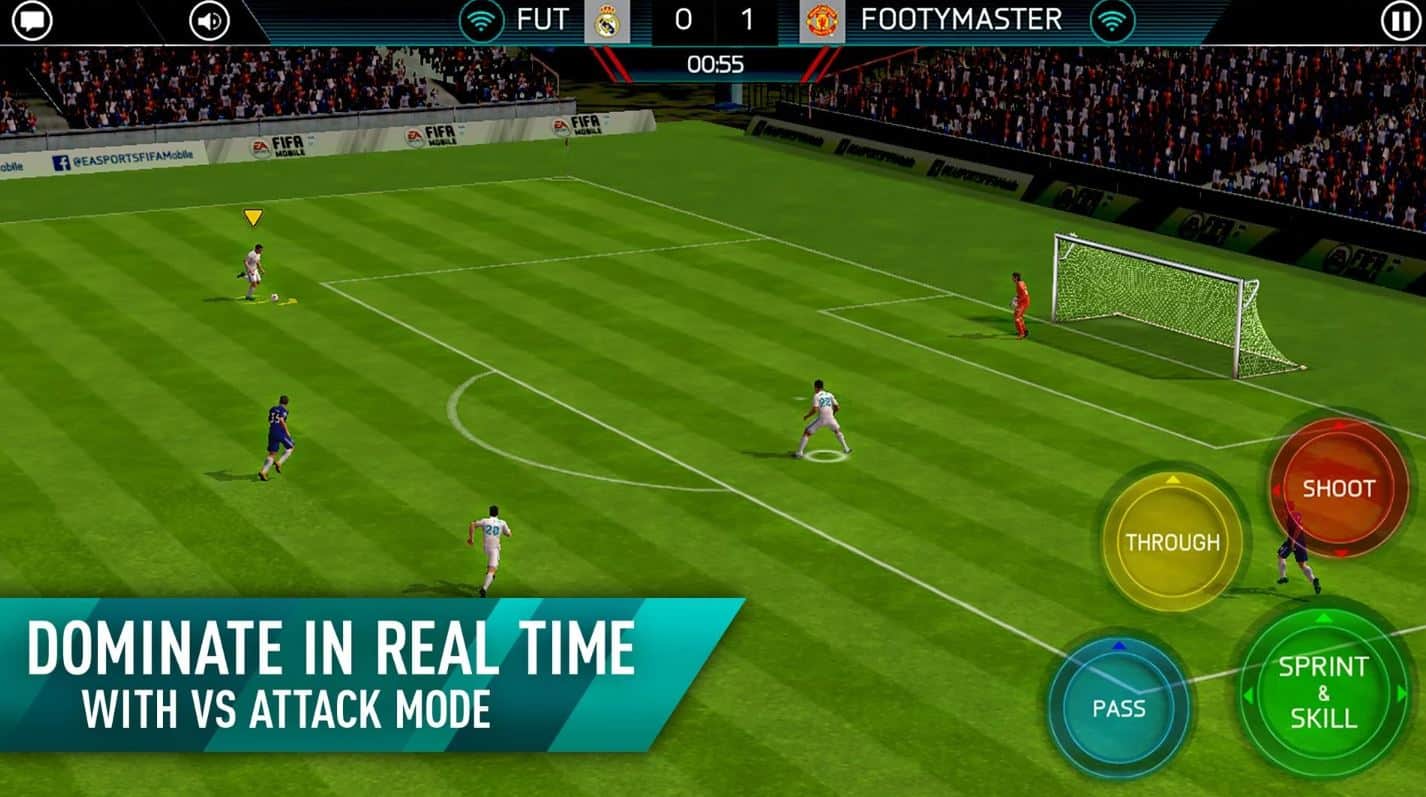 FIFA Soccer actually just got renamed to FIFA Soccer: World Cup Russia in honor of the upcoming tournament and is providing you with the chance to experience a virtual recreation of the real thing as many times as you want or can from now through August 1, well after the actual competition is over. If high-quality visuals and advanced physics are a big deal to you, you'll hardly find a better Android game to play this summer, and once you've had enough of World Cup-licensed action, there are plenty of other game modes to enjoy in FIFA, including its iconic Ultimate Team. 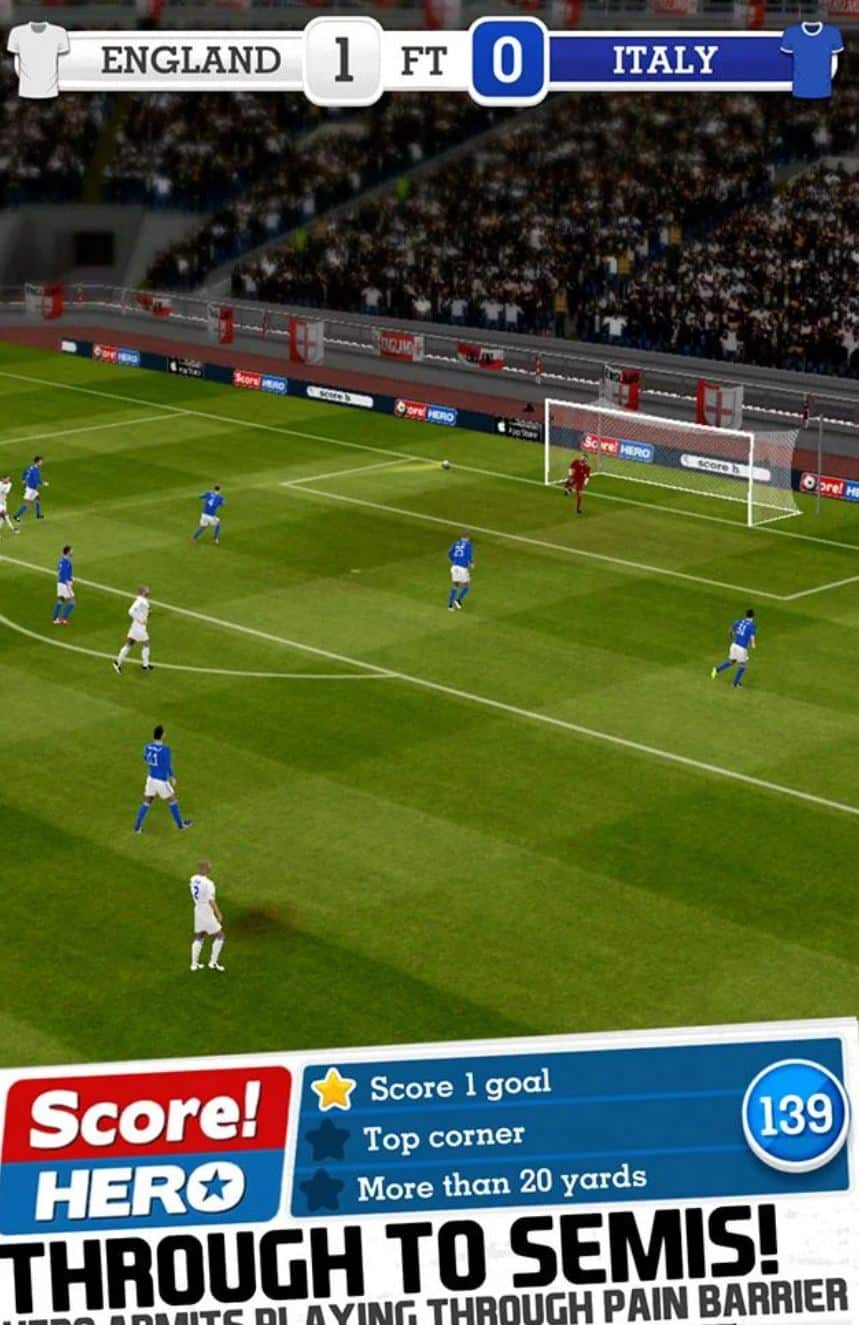 Score! Hero is another excellent football/soccer game for Android devices that's unique by virtue of the fact it's meant to be played in portrait mode, with some of its control schemes even working while holding the device in a single hand. Between countless challenges, a broad range of customization options, and a larger focus on individual play, Score! Hero will allow you to become a football legend and even take on other players' achievements on online leaderboards. 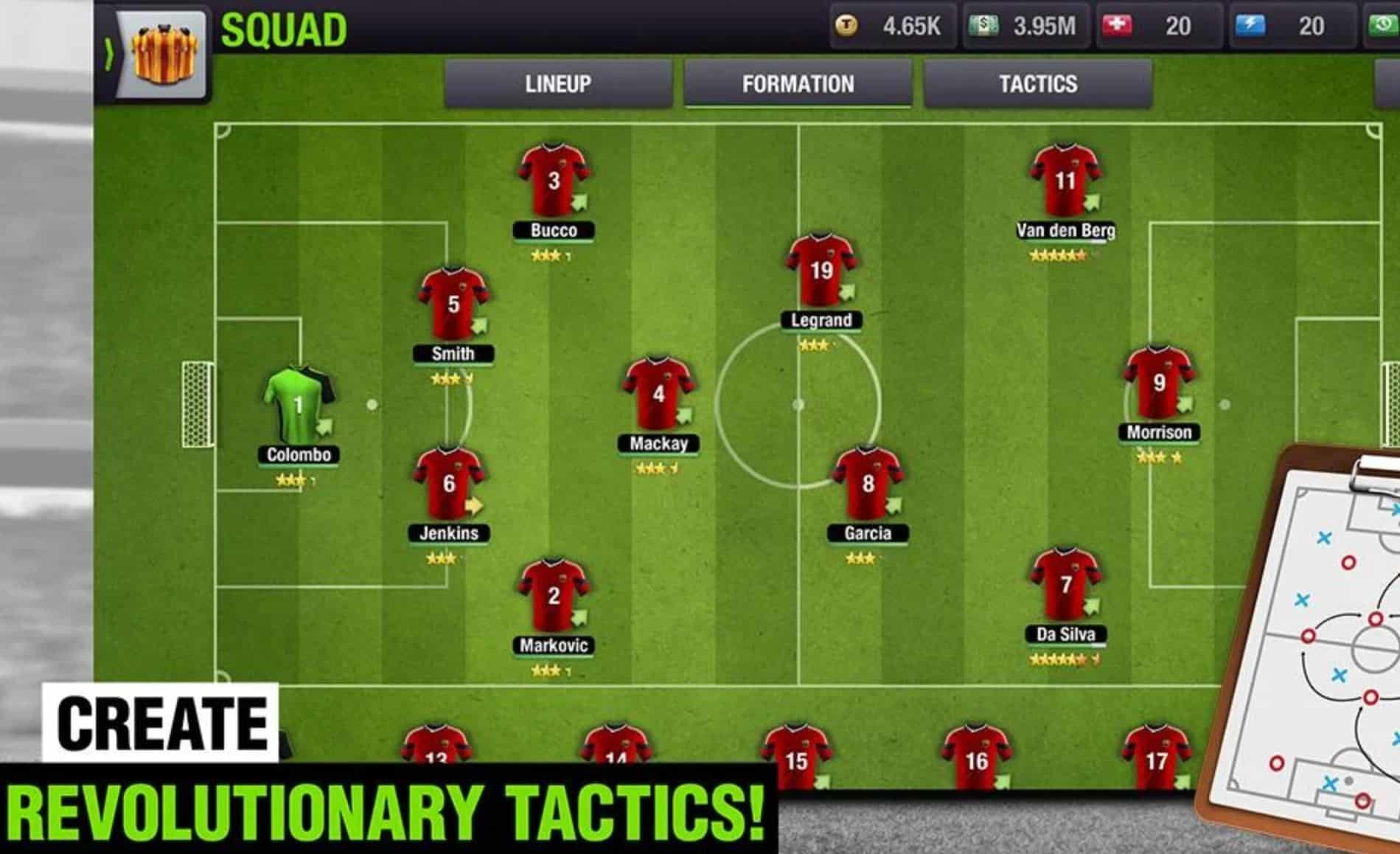 Top Eleven remains the most popular football/soccer management game on both Android devices and mobile platforms in general, with Nordeus hitting that sweet spot between gameplay that's challenging, entertaining, and rewarding. If you're interested in testing your knowledge of football tactics, you have Jose Mourinho's blessing to do so with Top Eleven 2018 given how he's the official face of this addictive mobile game. 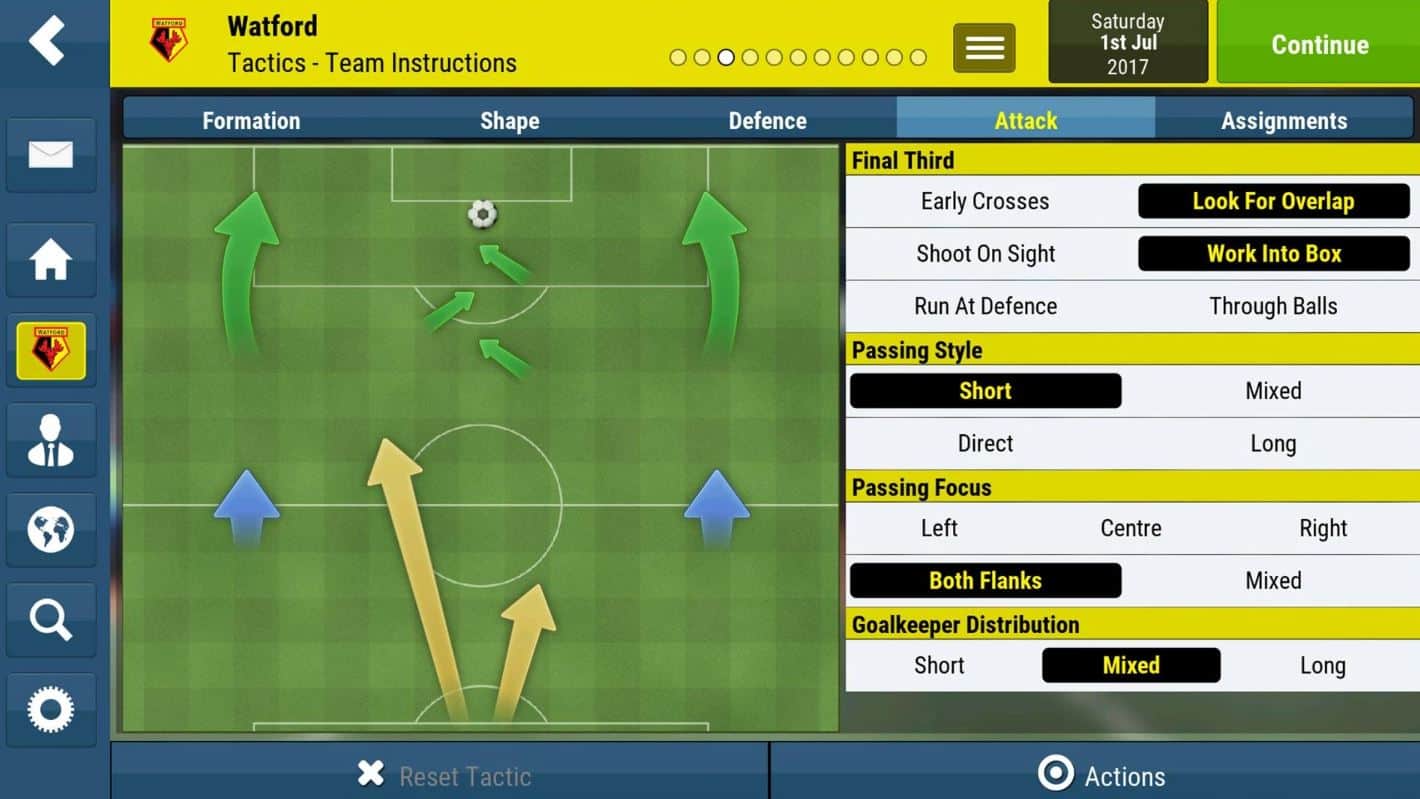 If you aren't a fan of the free-to-play business model and are willing to pay upfront for a full gaming experience, Football Manager Mobile 2018 is definitely the way to go. While its $8.99 is on the high end for an Android game, keep in mind that this is a title capable of keeping you entertained for months, with virtually unlimited replay value and a massive volume of micromanagement options that you can play with or automate, depending on how realistic of an experience you're looking for. 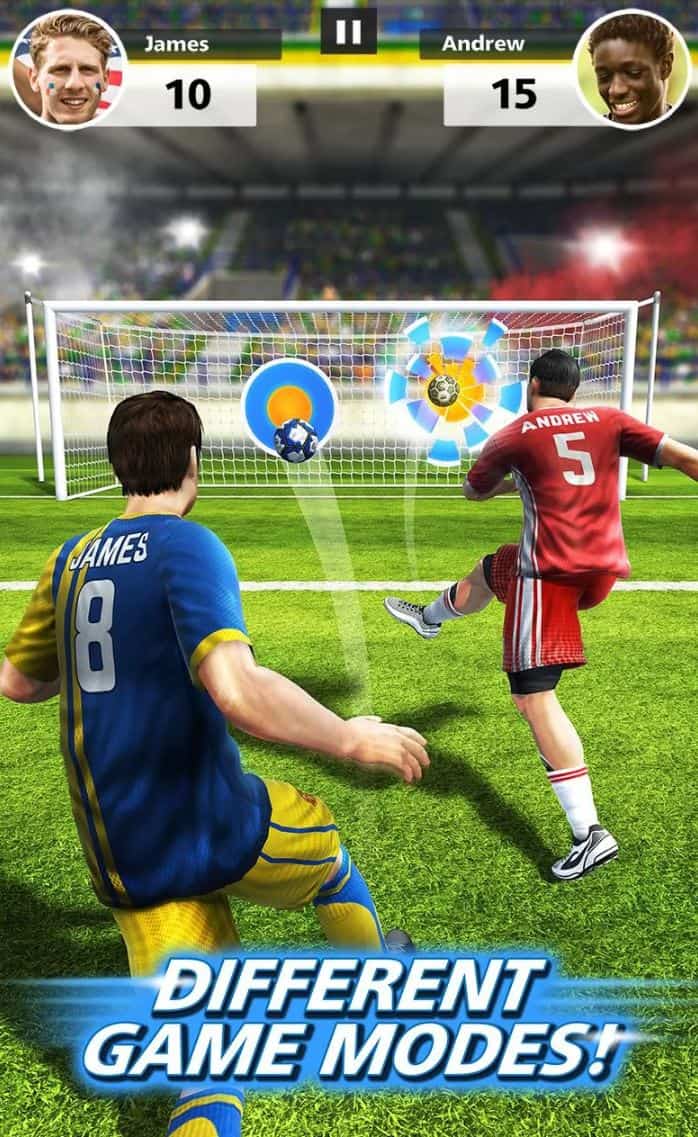 Anyone on the lookout for a more casual football/soccer experience meant to keep them busy at half-time would do well to check out Football Strike, the most popular such game that's currently available on the Google Play Store. If taking shots at a goal from various positions and types of set pieces sounds like a fun time-waster for you, there are hundreds of thousands of other players who agree with that sentiment and will be competing with you through various leaderboards and challenges. Of course, if just want to kick a virtual ball without worrying about how others are doing compared to you, Football Strike allows you to do that as well. 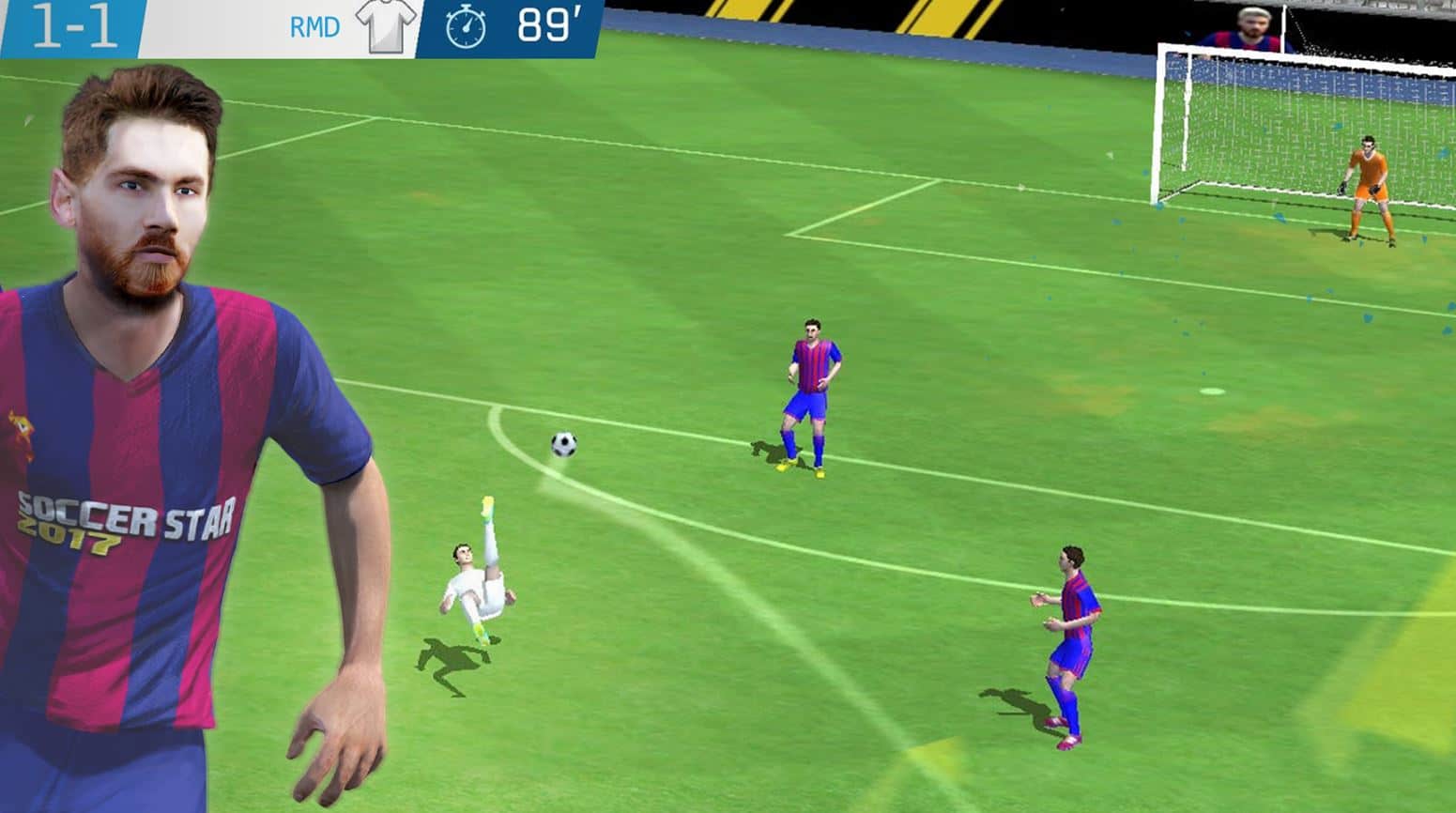 Much like its name implies, Soccer Star 2018 Top Leagues is a mobile game that's primarily geared toward the American audience, though it's also likely to be adored by anyone else who lives for football drama as it delivers on that front by design. So, if you think you can handle the pressure of being the one on whom your team constantly depends on, definitely give this curious football experience a go. 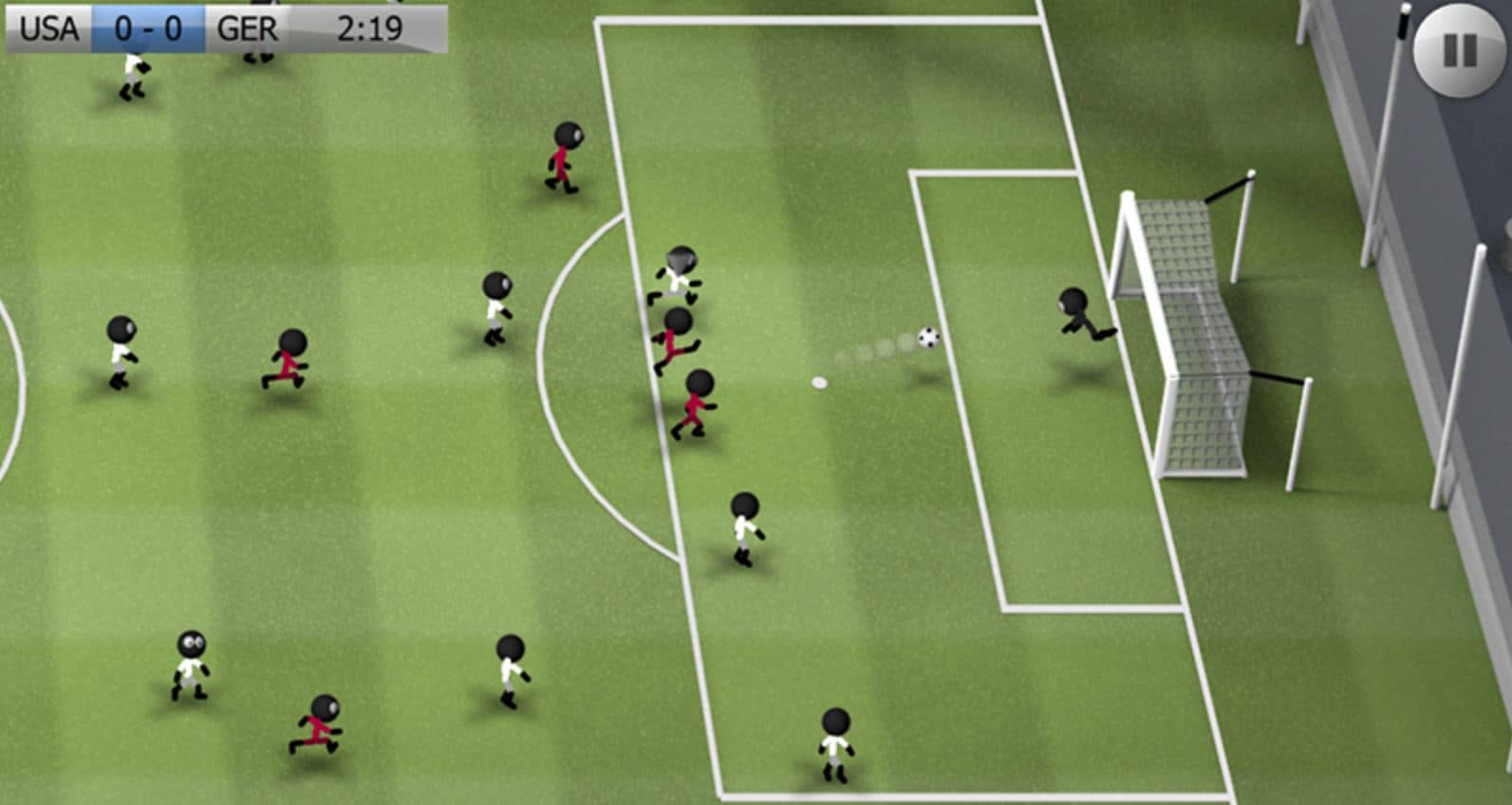 Stickman games are kind of a genre of their own these days, though the classical soccer game does borrow some elements from other popular titles in the category, with the most obvious ones being a traditional progression system and camera movement. Still, if you're looking for a vanilla football game and aren't bothered about a lack of licenses, Stickman Soccer – Classic offers some of the tightest controls and smoothest gameplay on the market. 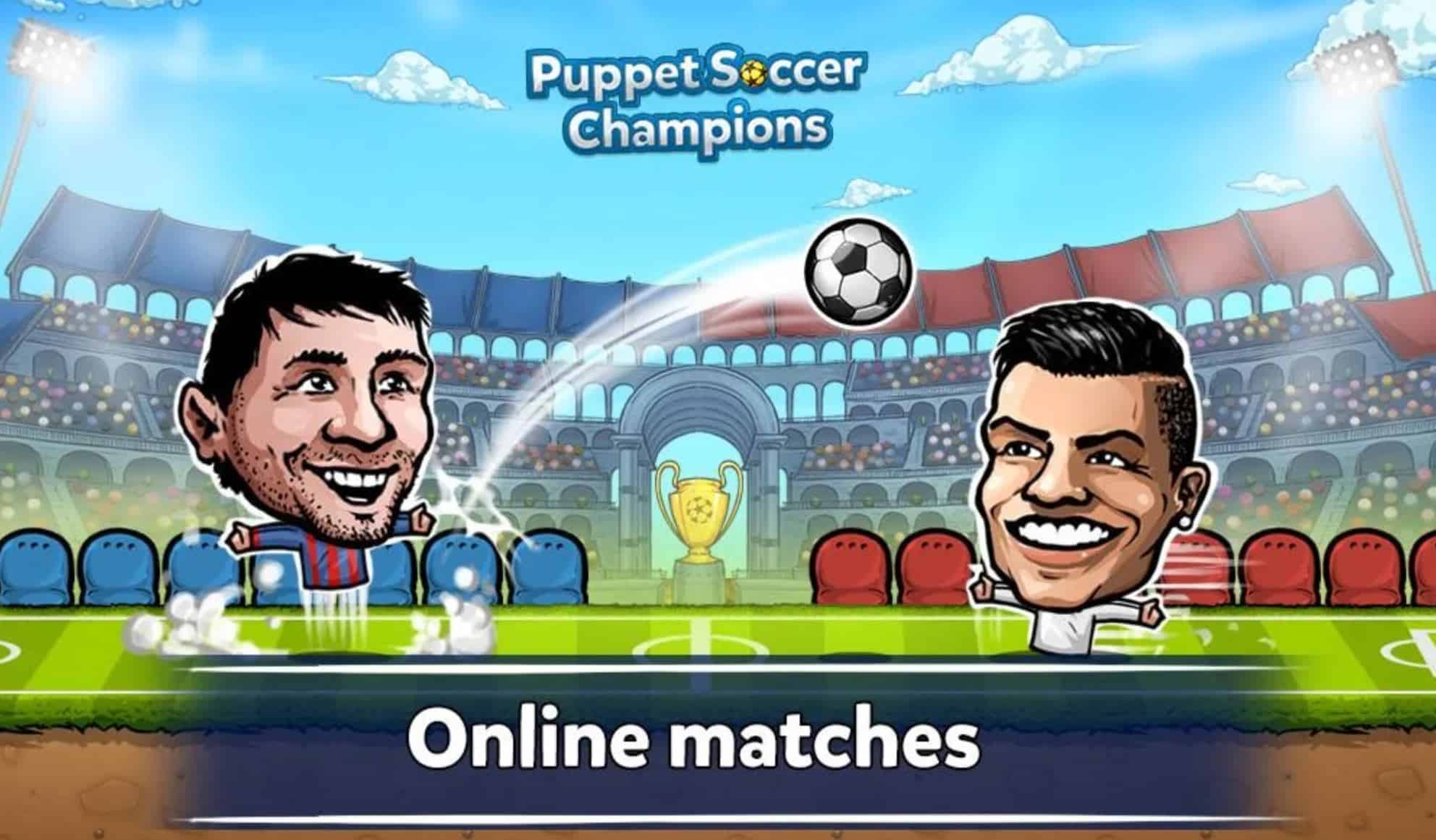 One look at Puppet Soccer Champions – League can tell you this is far from the most realistic football game that you can find on the Google Play Store but it's certainly one of the wackies ones yet, featuring a wide variety of modes and a plethora of content for both single-player and multiplayer experiences. As far as casual time-wasters themed around football go, Puppet Soccer Champions – League can take on any other title on the market. 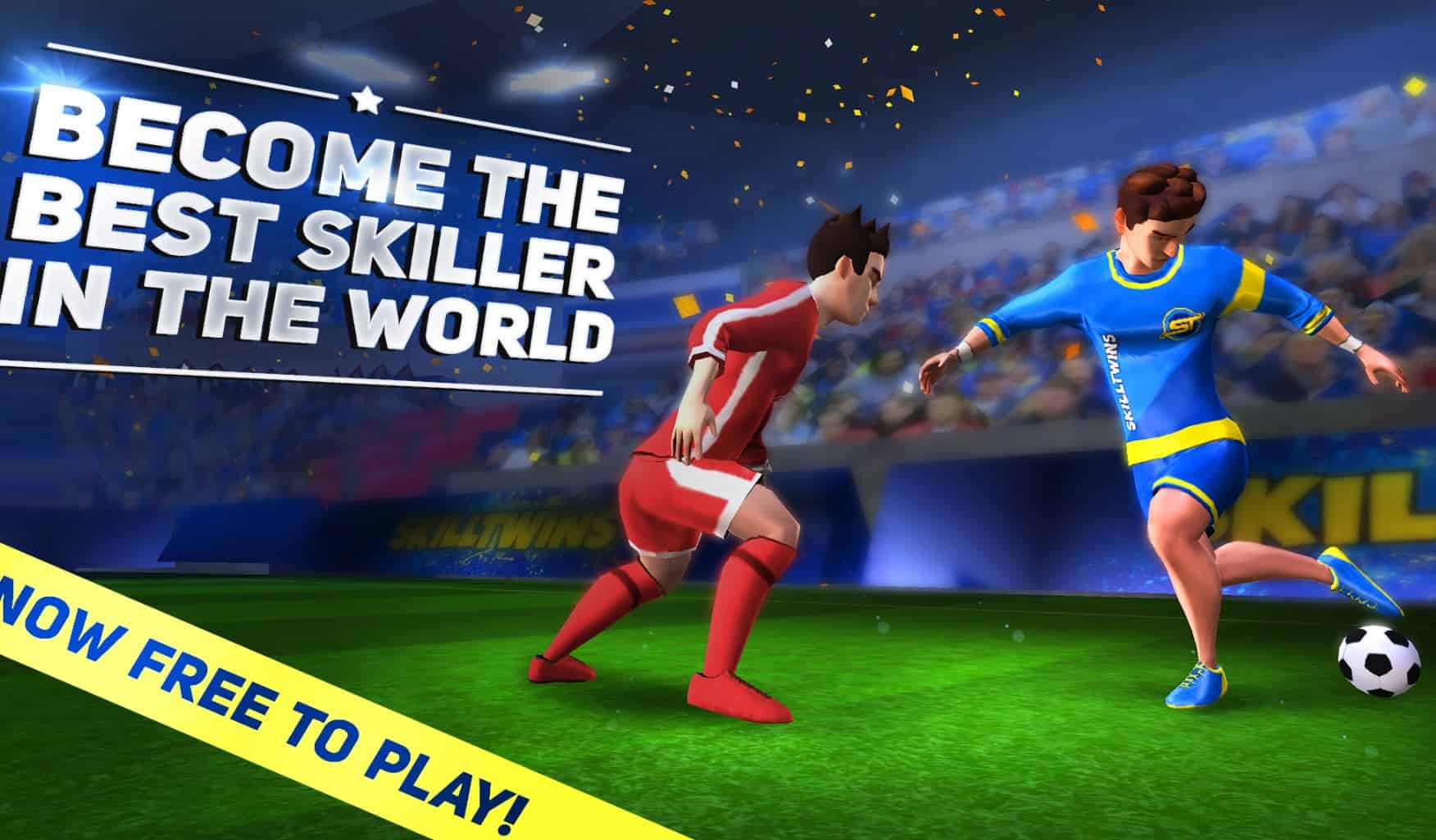 If your football gaming interest revolves around mad tekkers, SkillTwins Football Game 2 is an experience you can't afford to pass up, especially if you grew up on the FIFA Street series which we're still hoping EA will bring back one day. With over 10,000 challenges and robust customization options, this Android game will keep you entertained long after the FIFA World Cup is over and that one lucky team lifts the ultimate trophy in Russia. 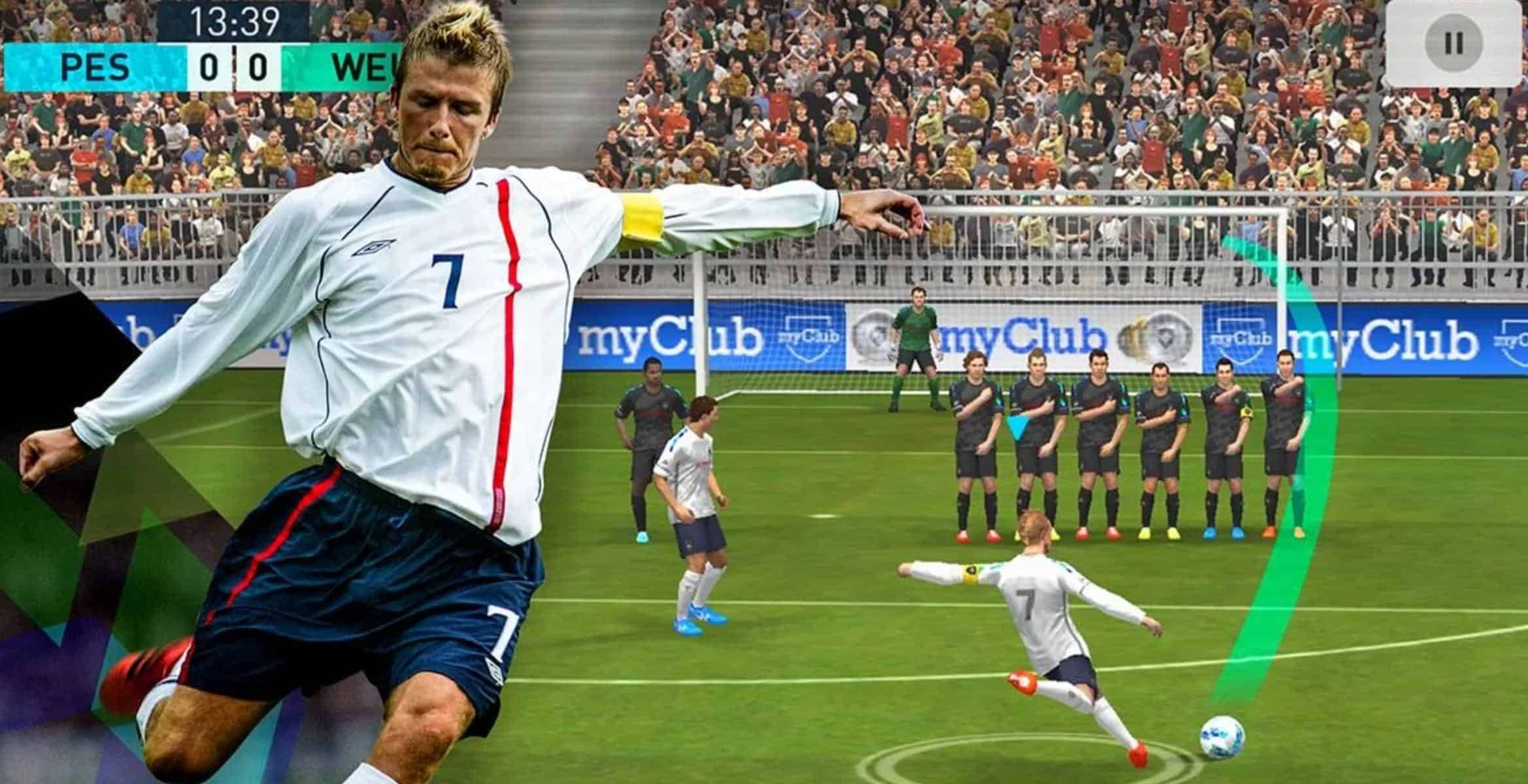 With a combination of legendary players, current top professionals in the sport, realistic physics, multiplayer, and virtually unlimited content, PES 2018 is a worthy rival to FIFA soccer, and what it lacks in comprehensive licenses, it more than makes up for with unique gameplay. If you're a die-hard PES fan who still remembers the glory days of Winning Eleven and PES 5/6, this game should feel rather familiar, even though it's simplified to a degree as Konami still wanted to account for portability and the fact that few non-freemium titles ever get any attention on the Google Play Store.