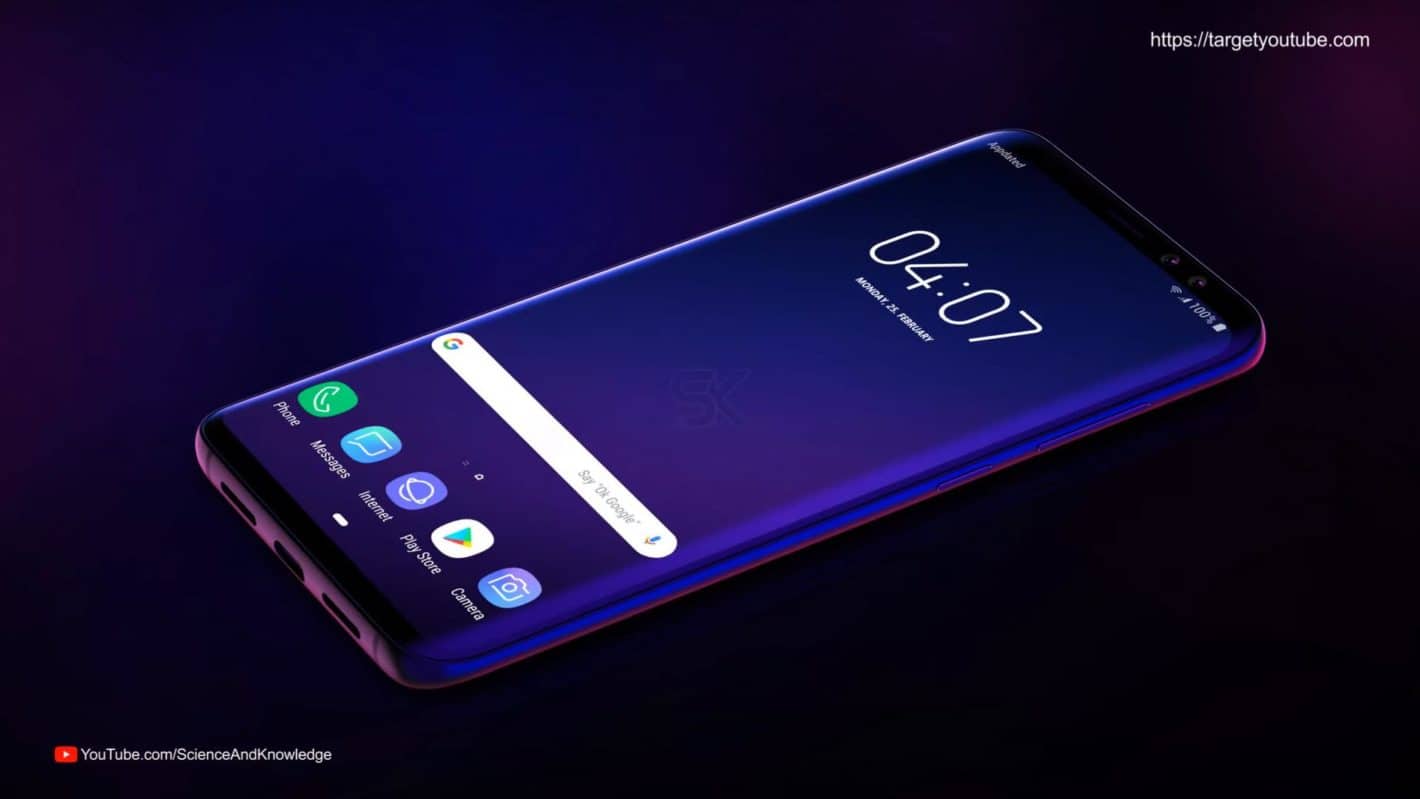 A YouTube channel called ‘Science and Knowledge’ has released a new concept design in form of a video, of course, and this time around we’re looking at the Samsung Galaxy S10 concept. The Galaxy S10 rumors have started popping up recently, along with some leaks, and now we can take a look at the imaginary design of the company’s upcoming flagship. Needless to say, this design has nothing to do with the real product, it’s not a leak or anything of the sort, just a third-party design.

This concept design does sport bezels above and below the display, though those bezels are rather thin. The display is curved on this handset, and the phone’s frame is made out of metal. The device includes an in-display fingerprint scanner, while you will notice its power / lock, volume up and volume down buttons on the right. The device features three cameras on the back, and two cameras on the front, while a Type-C USB port is located on the bottom of the device. The phone’s loudspeaker is included on the bottom, and the display of this phone sports rounded corners. The back side of the phone is also curved, while the phone itself is made out of metal and glass. Samsung’s logo is included on the back of the phone, and the source also released some imaginary specs for the device.

This imaginary Galaxy S10 handset is IP68 certified, while Corning’s Gorilla Glass 6 protection is included on the phone’s display, and on the device’s back. The phone features a 5.9-inch (2960 x 1440) Super AMOLED display, while Android 8.2.1 Oreo comes pre-installed. Qualcomm’s Snapdragon 845 fuels the device, while the phone also has a pressure sensitive display. This imaginary Galaxy S10 handset also includes 6GB / 8GB of RAM and 128GB / 256GB of expandable storage. 24, 12, and 8-megapixel cameras are placed on the back of the device, while you’ll find two 20-megapixel cameras on the phone’s front side. A 3.5mm headphone jack is a part of the offering, and so is facial scanning. A 4,000mAh non-removable battery is included in the package as well, and so is Qualcomm’s Quick Charge 4+ fast charging. If you’d like to check out the video itself, it’s embedded down below.