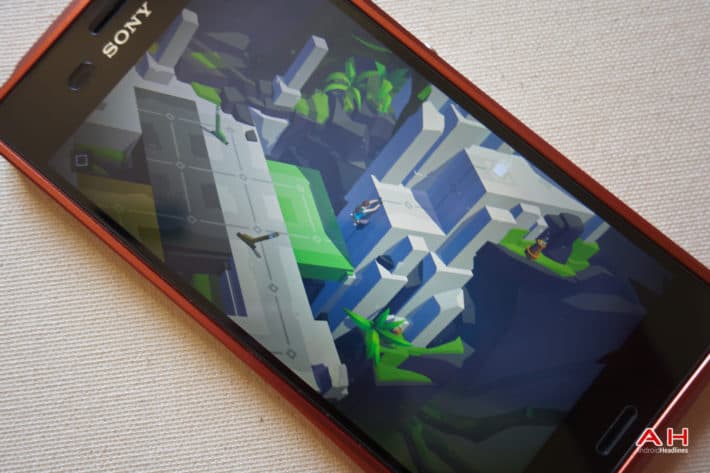 Square Enix Montreal is no longer developing new entries in the Go series of adventure spin-offs, the studio's head Patrick Naud revealed in a recent interview with PCGamesInsider. The industry veteran attributed the development to an overall decline in premium mobile games, a trend he says the company has been aware of for some time now. having ultimately concluded it wants to redirect its resources to titles that cater to a much broader audience. "It's sad to see that our games are only played by a small slither of the population because of the price point," the developer said in reference to the Go series.

The mobile spin-off franchise ran from 2014 to 2016, having seen the releases of Hitman Go, Lara Croft Go, and Deus Ex Go, in that order. Outside of promotional periods, every one of those titles is priced at $4.99 and also comes with DLC. While the Go series is still widely believed to offer some of the most polished adventure experiences on Android and iOS devices, the abundance of free competitors limited its commercial success by a significant margin, Square Enix Montreal believes. The Canadian studio remains committed to creating high-quality mobile games but its future projects are likely to result in free-to-play experiences, Mr. Naud suggested, adding that the firm continues seeking innovation with both new and existing intellectual properties.

Square Enix Montreal also isn't bothered by copycats, with its chief seeing the volume of studios cloning its formula as the very definition of artistic success, having indicated as much during the same interview. The studio also created Hitman Sniper, another premium mobile game that saw significant success, having climbed the gaming charts on both the Google Play Store and iOS App Store in a wide variety of markets over the course of the last several years. That particular title is also unlikely to see a sequel, at least one that will come in the form of an experience with an upfront fee, as suggested by Mr. Naud.