Skip to content
Advertisement
Trusted By Millions
Independent, Expert Android News You Can Trust, Since 2010
Publishing More Android Than Anyone Else
25
Today
185
This Week
447
This Month
5598
This Year
115602
All Time
Advertisement A number of alleged technical specifications of Samsung’s first-ever Android Go smartphone leaked online earlier today, having been obtained by tech blog TechieDrive. The image that can be seen above indicates Samsung’s upcoming offering will be launching as part of its entry-level Galaxy J brand, with that same implication also being raised last month after the South Korean tech giant trademarked the term “Galaxy J2 Core.” The SM-J260F model mentioned by the leak is likely an international variant of the handset, while Samsung is also said to be testing the SM-J260G and SM-J260M in certain markets, likely in preparation for a global release.

The smartphone itself will feature a 5.0-inch Super AMOLED display panel with an unknown resolution and be powered by Samsung’s own Exynos 7570 system-on-chip sporting four cores clocked at a maximum operating frequency of 1.4GHz, as per the newly emerged photograph. 16GB of RAM is also said to be part of the package, alongside 1GB of RAM, with the latter specification being the least surprising of the lot seeing how Google’s Android Go platform has been specifically designed for hardware with no more than 1,024MB of RAM. The leak that appears to be Italian in origin also mentions an 8-megapixel rear camera and a 5-megapixel front-one, as well as a 2,600mAh battery and Android 8.1 Oreo. Though Android Go isn’t referenced directly, the spec sheet and recent reports about such a Samsung-made device being in the works suggest the SM-J260F will be launching as part of Google’s entry-level smartphone program.

Besides a lightweight version of the operating system itself, the Android Go ecosystem also includes such revamped variants of popular Google-made mobile apps such as YouTube and Gmail. It’s still unclear when Samsung may introduce the Galaxy J2 Core, though a late summer announcement is understood to be likely. In the meantime, the Seoul-based company is set to introduce its latest high-end Android device in the form of the Galaxy Note 9 which is rumored to be launching on August 9. 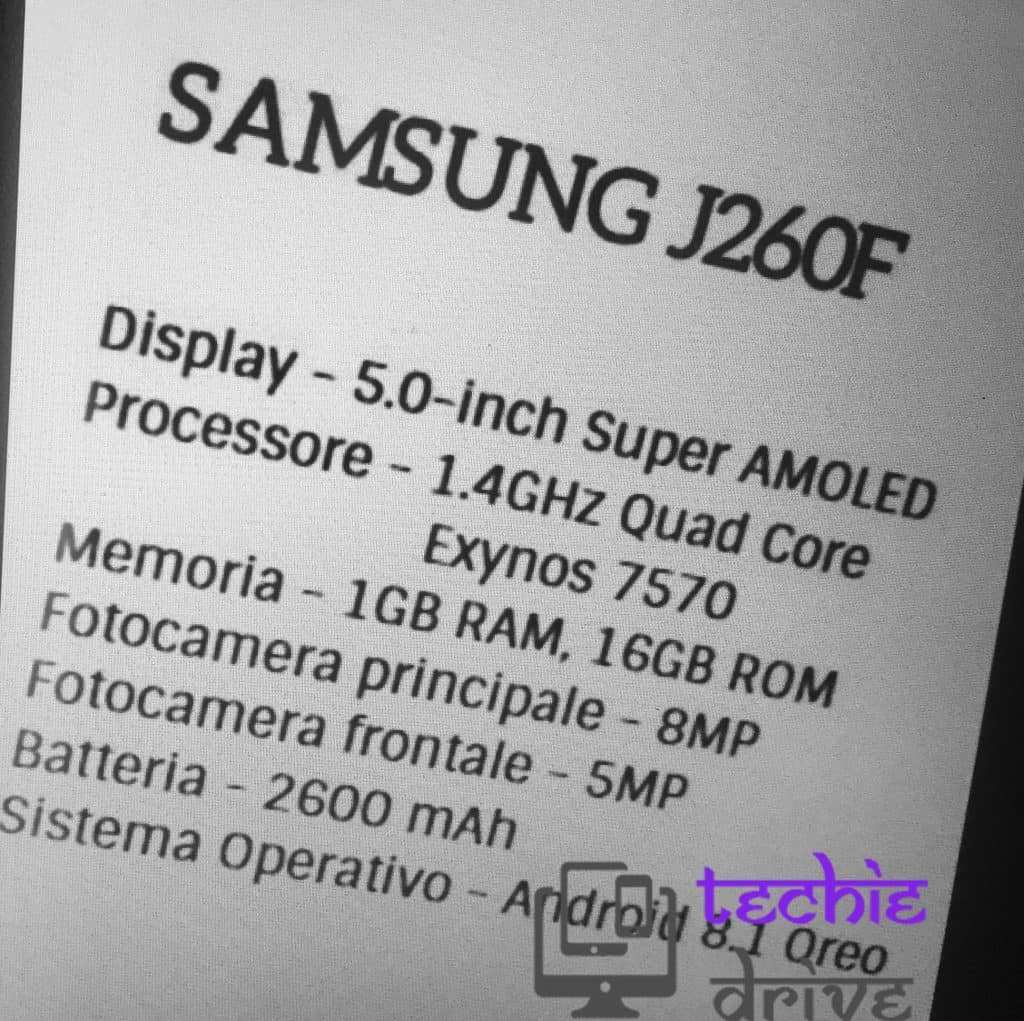