The alleged Sony Xperia XZ3 surfaced on GFXBench quite recently, and now some info regarding the alleged Xperia XZ3 Premium popped up as well. The device surfaced with a model number H8614, and it seems like it appeared in UAProf on Sony’s website, at least according to the source. That essentially means that some of the phone’s specs surfaced, though they’re hidden amongst various lines of UAProf code, as you can see in the provided image down below.

This listing claims that the alleged Xperia XZ3 Premium will feature a 3840 x 1920 display, which translates to an 18:9 aspect ratio, though the size of its display was not mentioned. It’s worth noting that the Xperia XZ2 Premium comes with a 4K display (4320 x 2160), so the resolution of this phone seems to be lower for whatever reason. Android 9.0 will come pre-installed on the device, according to UAProf, and that is pretty much all the spec info that the listing revealed. It’s safe to assume, though, that the device will be fueled by the Snapdragon 845 64-bit octa-core processor, just like the Xperia XZ3. The phone is also expected to ship with at least 6GB of RAM, and 128GB of internal storage, while chances are we’ll see 19 and 12-megapixel cameras on its back. A 13-megapixel camera may be included on the device’s front side, and based on Sony’s recent design choices, the Xperia XZ3 Premium will probably be made out of metal and glass.

The Sony Xperia XZ2 Premium was announced back in April, and it’s still not available for purchase, but it will be before the end of the month. The Xperia XZ3 will probably arrive in September or October, while the Xperia XZ3 Premium will follow soon after, presuming that Sony is planning to release that handset. It is also worth noting that the Xperia XZ3 leaked in a couple of real-life images recently, and if those images are legit, the device will resemble the Xperia XZ2 quite a bit, but it will ship with a dual camera setup on the back, compared to a single camera on the Xperia XZ2. 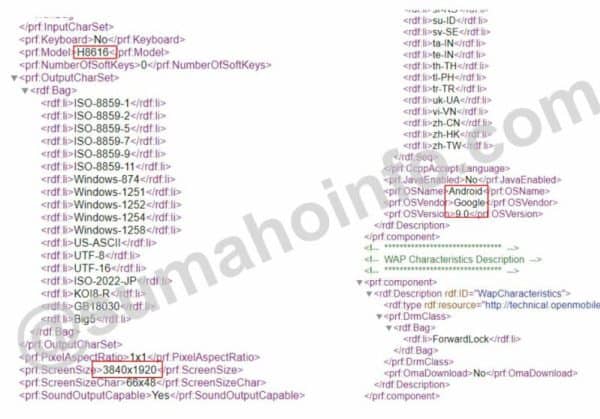