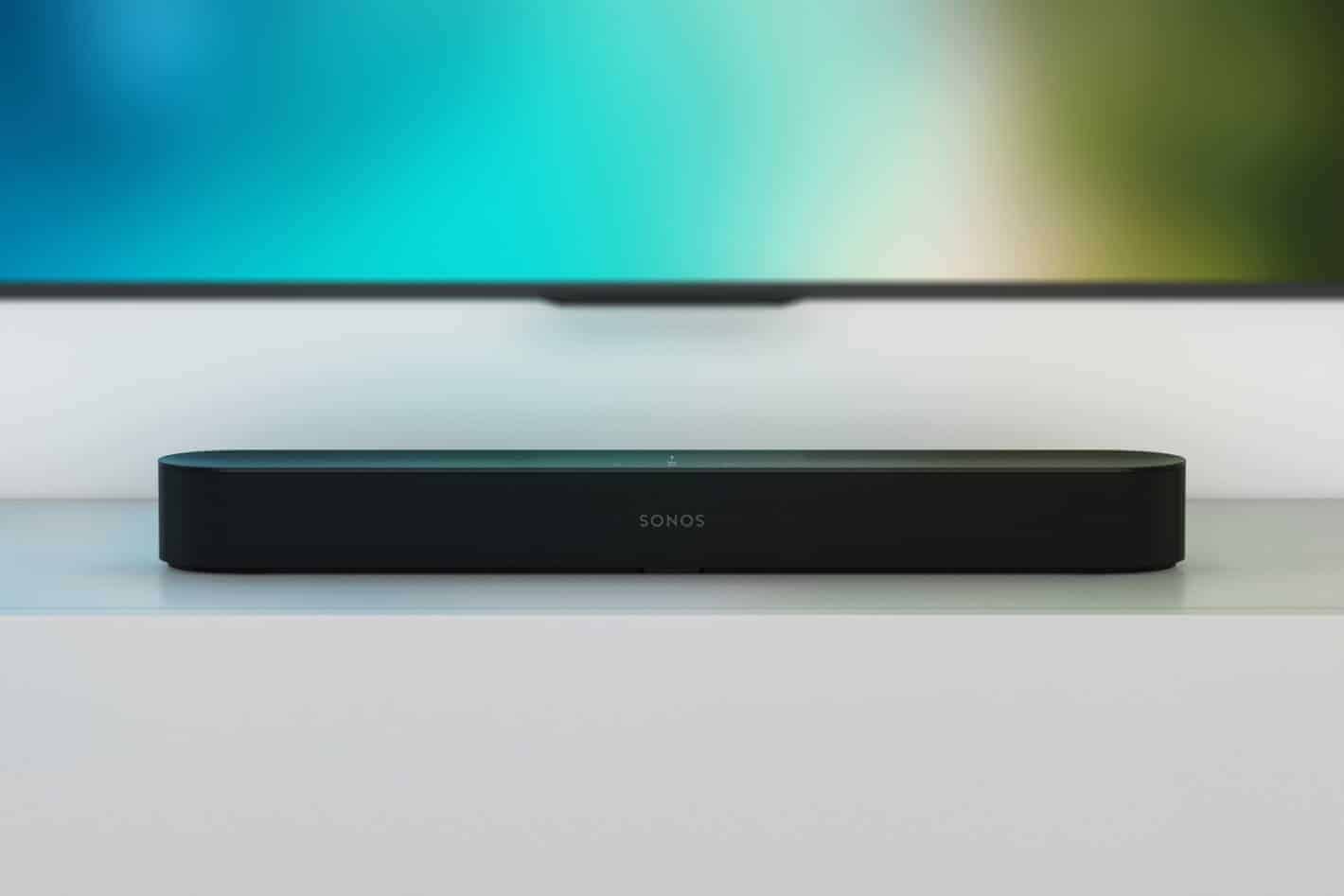 Sonos announced its latest speaker, the Beam, at an event in San Francisco today. It’s a smart speaker for your living, and at launch, it supports Amazon Alexa and also has support for Apple’s AirPlay 2. Sonos says that it wants to support all the major voice assistants, but for now, it only has Alexa. It did tease that Google Assistant would be coming to the Beam and the One later this year. The Beam is a compact smart speaker that is made for your living room. It is essentially a sound bar that can be used in your entertainment system. Compared to the PLAYBASE, the Beam is much smaller, coming in at about 60-percent smaller, and 28-percent shorter.

With the Beam, Sonos is aiming to make things simpler. In fact, there is only one port on the Beam, which is an HDMI port. You’ll connect this to your TV using the HDMI port. That may seem a bit weird, since HDMI is usually used to send audio and video to your TV, not the other way around. But with HDMI ARC (Audio Return Channel), you can send audio from your TV to the Beam. You’ll plug this into the TV’s HDMI port and then it’ll be recognized and you’re essentially all set. The TV remote will now adjust the audio through the Beam instead of the TV, as it would with a regular sound bar, making setup easier than ever.

Perhaps the most important part of any speaker is how it sounds, and Sonos has made sure that the Beam does sound good. It has included four “full-range” woofers here, one of which is angled on each end and then two that are front-facing. There is a single tweeter in the middle along with three passive radiators. Sonos has also included a single, sealed sound chamber in its enclosure with wires, circuit boards and antennas. Sonos has also placed these where they can be easily repairable, which is actually refreshing in today’s age. The Beam is meant to last quite a while. After all, before the PLAYBASE was announced, Sonos hadn’t put out a new sound bar in almost five years. Having four woofers inside means that you’re going to get a lot of bass from this speaker, and even with the wall mount, you’re still going to get plenty of bass here. That’s fine for most people, especially since you can adjust the bass levels in the Sonos app.

Similar to other Sonos products, the Beam does not have Bluetooth support. Instead, all of the music streaming is done over WiFi. This is the case with all of Sonos’ products, and it’s how the multi-room audio feature works so well. There are many apps that already support Sonos, including Google Play Music, Spotify, iHeart Radio, Apple Music, Amazon Music and many more. So you can simply start playing music, podcasts, or audiobooks over WiFi to your Sonos Beam. Sonos says that the Beam is not meant to replace the PLAYBAR or PLAYBASE, as the company does not believe in replacing its existing products, but the Beam is another choice for consumers. The aim here is to make a smart speaker that doesn’t need to sit elsewhere in your home. It can simply sit under your TV and give you great audio while watching TV, and still act as a smart speaker. Sonos isn’t the first to do a smart sound bar, but it is one of the first to do so, and it could be the best one available.

The Sonos Beam is actually priced pretty affordable, and nearly half the price of its PLAYBAR and PLAYBASE sound bars. Sonos Beam will cost $399, and will go on sale on July 17, in two colors – black and white. Compared to the $699 price tags on its other sound bars.