Following a recent update to version 5.1.8 of OxygenOS, some OnePlus 6 owners are now taking to the official company forums to report severe battery draining problems on their devices. According to those users, the sudden change is occurring despite that they have not altered their usage patterns and that the battery life of the device has dropped by approximately half. In fact, a second forum pertaining to the issue seems to suggest that it may be dropped by exactly half as several users there report the device is shutting off while at or above 50-percent charged. Others simply indicate that they ordinarily achieved more than eleven hours of battery life but are now lucky to see five or six hours.

The source of the problem may be tied into changes made by OnePlus with regard to how the OnePlus 6 manages power-consumption when the screen is activated. At very least that seems to be a common thread among all of the complaints. In most cases, the device seems to be running at or above 50-percent charged before suddenly shutting off, as shown in the screenshot below. At least one user notes that despite listening to a streaming radio application for nearly an hour, all of the battery drain – around 20-percent – seemed to be associated with the screen. As of this writing, there doesn’t appear to be any way to permanently fix the problem and it hasn’t been said whether or not a reset provides temporary relief either. However, battery drain doesn’t seem to be the full extent of the problems either. A few other users on the forum are reporting that the camera app is also “hanging” or “freezing” after installing the update. The posters do not specify whether or not the app needs to be force-closed before operating normally again.

Both of these issues are fairly serious with consideration for the fact that smartphones have become such a large part of the average user’s daily life. It’s not unusual for  Android devices across the board to have at least a few issues with updates. With that said, the update in question was expected to fix a wide variety of issues. That means a significant amount of changes to the underlying code and optimizations, which leaves more room for new bugs to appear. OnePlus has been relatively good about rolling out updates so it shouldn’t take too long for yet another update to be released ironing these new issues out. 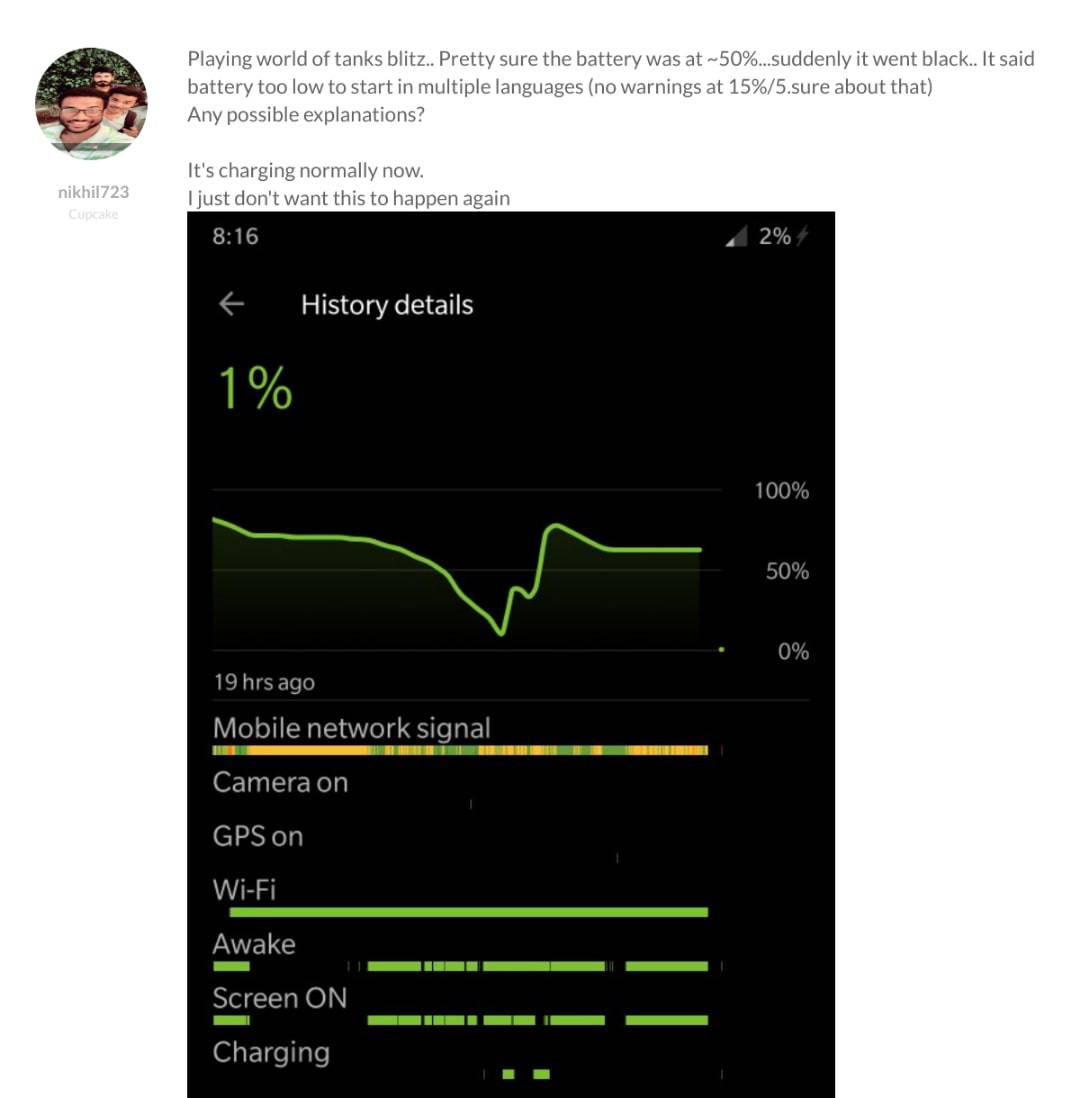