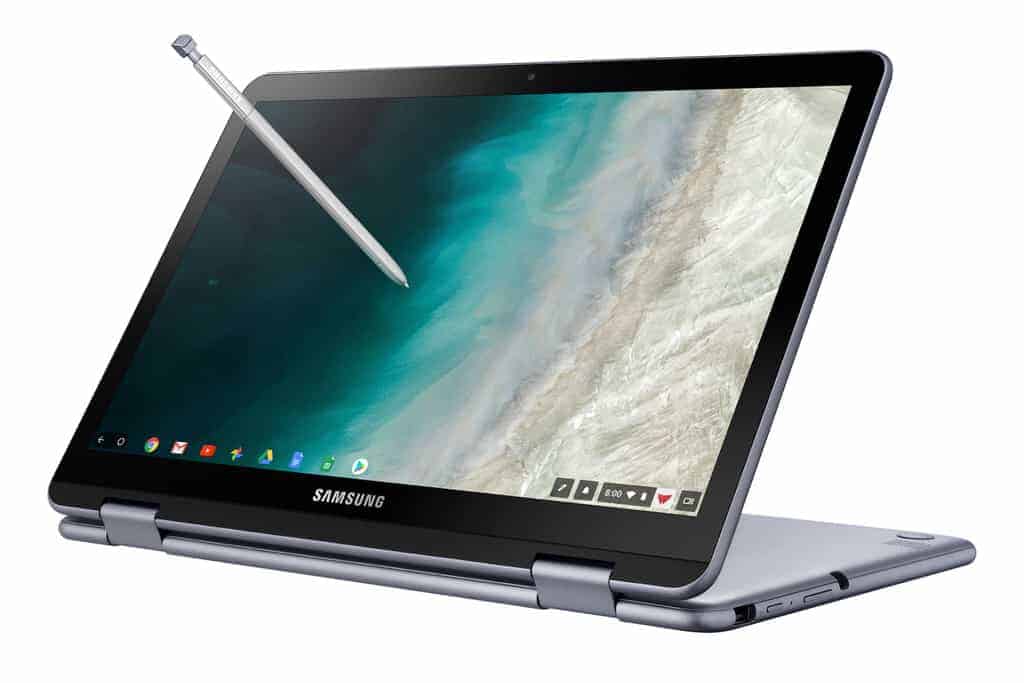 Samsung on Thursday launched the Chromebook Plus (V2), a follow-up on its critically acclaimed Chromebook Plus released last year, having debuted it in the form of yet another two-in-one offering capable of supporting several workflow types. The Chromebook Plus (V2) scraps the Arm processor of the previous model and instead ships with a more powerful Intel Celeron 3965Y clocked at 1.5GHz which is still an entry-level CPU but promises to be more than capable of delivering a consistently smooth Chrome OS experience. The new device is also slightly smaller, featuring a 12.2-inch FHD screen instead of a 12.3-inch one, and using a 16:10 aspect ratio instead of a slightly blockier 3:2 image format.

Its Celeron-branded CPU comes with an integrated Intel HD Graphics 615 which should be capable of handling most Android apps, though multitasking didn't get a boost in the memory department, with the Chromebook Plus (V2) featuring 4GB of RAM, much like its predecessor. The same goes for its 32GB storage disk and stereo speakers, with the Chrome OS laptop also having a 1-megapixel front camera and a 13-megapixel, "rear" one with autofocusing capabilities mounted behind an f/1.9 lens above its keyboard. The setup was designed to allow users to capture any angle after folding the Chromebook Plus (V2) into tablet mode, Samsung said. As any other two-in-one device on the market, the product also supports tent and laptop modes.

Samsung's Chromebook Plus (V2) is advertised as boasting above-average durability, with its curved-cap keyboard being capable of surviving spills of up to 60cc. The device weighs 2.93 lbs (1.33 kg), is 288 x 208 x 16-17.9mm in size, comes with a two USB Type-C ports (one USB 3.0 connector), a microSD card reader, and a 3.5mm headphone jack. Its touch-enabled display panel only allows for up to 300 nits of sustained brightness, down by 100 nits compared to the 2017 model, though the overall build remains a relatively premium affair, being a combination of glass, plastic, and aluminum alloy. Despite featuring a more powerful processor, the Samsung-made Chromebook Plus (V2) should have largely identical battery life to that of its predecessor, i.e. deliver some eight hours of operation on average. Only the Stealth Silver color option has been confirmed so far, being set to start retailing on June 24. Samsung and Best Buy will be selling the Chrome OS device in the United States, with the Chromebook Plus (V2) starting at $499.99.