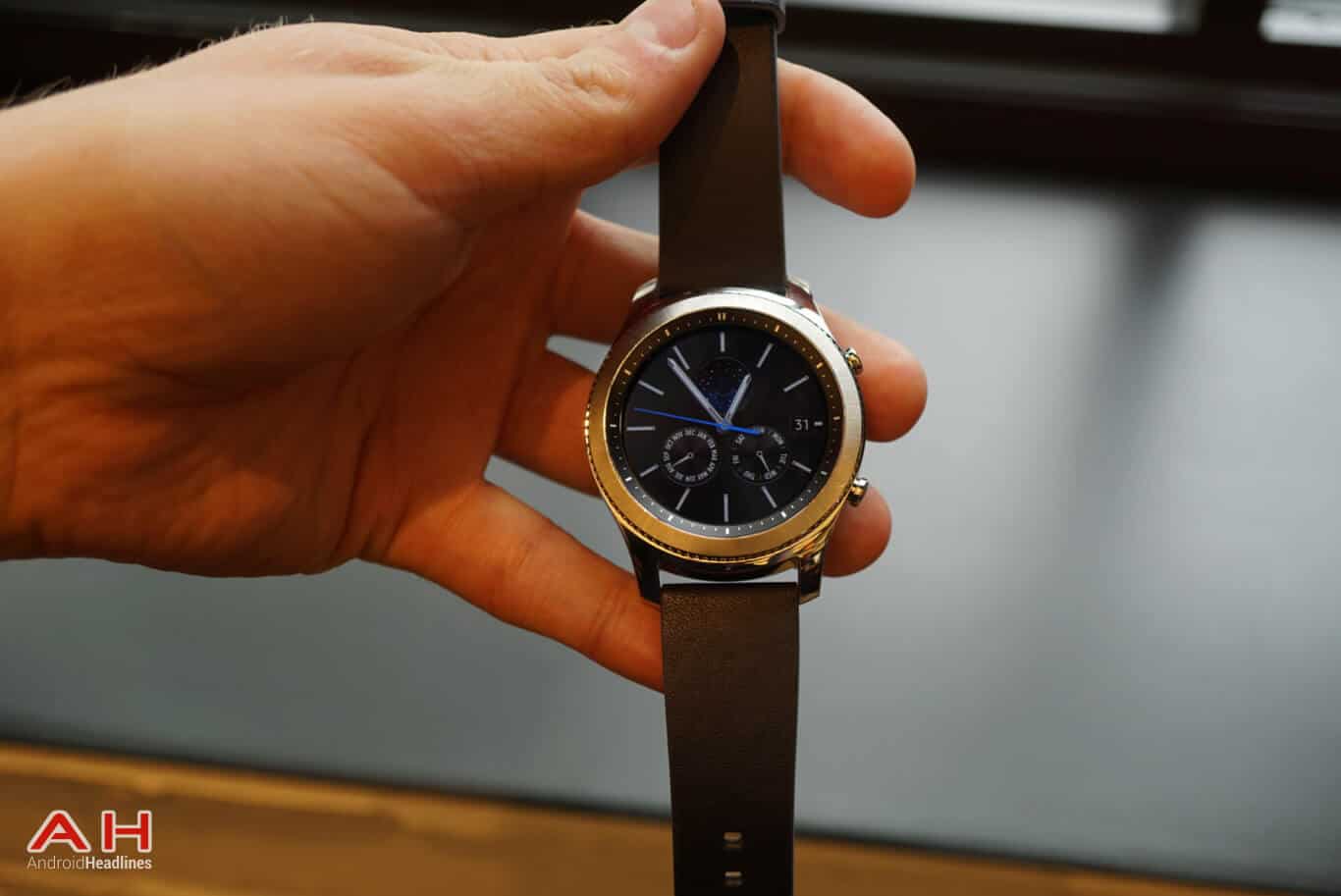 According to a new report that surfaced in Korea, Samsung's Gear S4 smartwatch may be released in August, along with the Galaxy Note 9. According to a report which focuses mainly on Samsung's PLP (Panel Level Package) developments, the nascent system board building tech will be used for the first time with the Gear S4, as it's a perfect testing unit. Such technology requires smaller gadgets with densely situated sensors in order to be properly tested, which is why the Gear S4 has been chosen.

In any case, if the report is accurate, and the Gear S4 ends up being released along with the Galaxy Note 9, then IFA will be even less appealing than it used to be, as Samsung's Gear smartwatches were amongst high-profile devices to be announced during that tradeshow in Berlin, though if they get announced before IFA, Samsung will at least showcase those watches during IFA, same goes for the Galaxy Note 9, of course. We do not have all that much info regarding the Gear S4 thus far, though a rumor did surface yesterday claiming that the watch will sport a 470mAh battery on the inside. A separate rumor reported that two Gear S4 models will be on offer, and a new color variant as well. It seems like Samsung will once again offer a sporty version of its smartwatch, which will be accompanied by a "Classic" model, which is more of a regular smartwatch. A new color will sport a gold hue, it seems, at least according to the provided info. It is still unknown whether the company plans to introduce a new "Gear Sport "model along with the rumored Gear S4 Frontier and Classic, but we'll see.

For those of you who do not remember, Samsung had introduced the Gear S3 Frontier and Gear S3 Classic back in 2016, while the Gear Sport arrive in August last year. The company's new smartwatches will probably be powered by Tizen OS, like last-gen models as well, despite the fact some rumors claimed that they may ship with Wear OS out of the box, though there's still a possibility Samsung may introduce a Wear OS-powered smartwatch at some point.