A newly leaked sketch of a protective case said to have been designed for Samsung’s Galaxy Note 9 suggests the upcoming Android flagship will feature five physical buttons on its sides. The image that can be seen above shows modules meant to protect the phone’s right-sided (when looked from the front) Power button, as well as its left-sided volume keys and the dedicated Bixby trigger. Below those three buttons is another apparent key holster, though the source of the sketch that emerged from China didn’t clarify on the matter. A real-life photograph of another protective case supposedly intended to shield the Galaxy Note 9 emerged on Weibo earlier this week and can be seen below, and while it also points to five physical buttons being part of the package, the extra one seems to be sitting near the bottom of its right edge, below the Power key.

Before artificial intelligence assistants went mainstream, extra physical buttons on smartphones were usually tasked with serving as alternative camera shutters, though that trend mostly died out in recent times, with Sony being the last major original equipment manufacturer to follow it. Recent rumors indicated that the Galaxy Note 9 will feature a significantly improved camera compared to the Galaxy S9 series whose imaging capabilities have already been advertised as “the camera reimagined” by Samsung, largely due to the addition of a variable-aperture lens. A physical shutter button would be in line with that strategy, though it could also lead to a cluttered look, depending on user preferences. The Chinese writing attached to the leaked sketch doesn’t seem to be relevant to the phone itself and references manufacturing techniques used for the creation of the protective case, according to a machine-translated version of the text.

The newly leaked cases also indicate that the Galaxy Note 9 will be the second mobile product family from Samsung to feature a horizontal fingerprint reader after the Galaxy S9 lineup, with the cutout for the sensor being joined with the one meant to house what’s likely a dual-camera setup entailing two parallelly arranged lenses on the back. That particular design cue also adds more credence to recent rumors that the Galaxy Note 9 won’t feature an in-display fingerprint scanner which Samsung is supposedly still improving with the goal of implementing it into the Galaxy S10 and Galaxy S10 Plus next year. An early June report from Bloomberg claimed the Galaxy Note 9 will be officially announced on August 9, with the implication being that the Android flagship will go on sale no later than September following a short pre-order period. 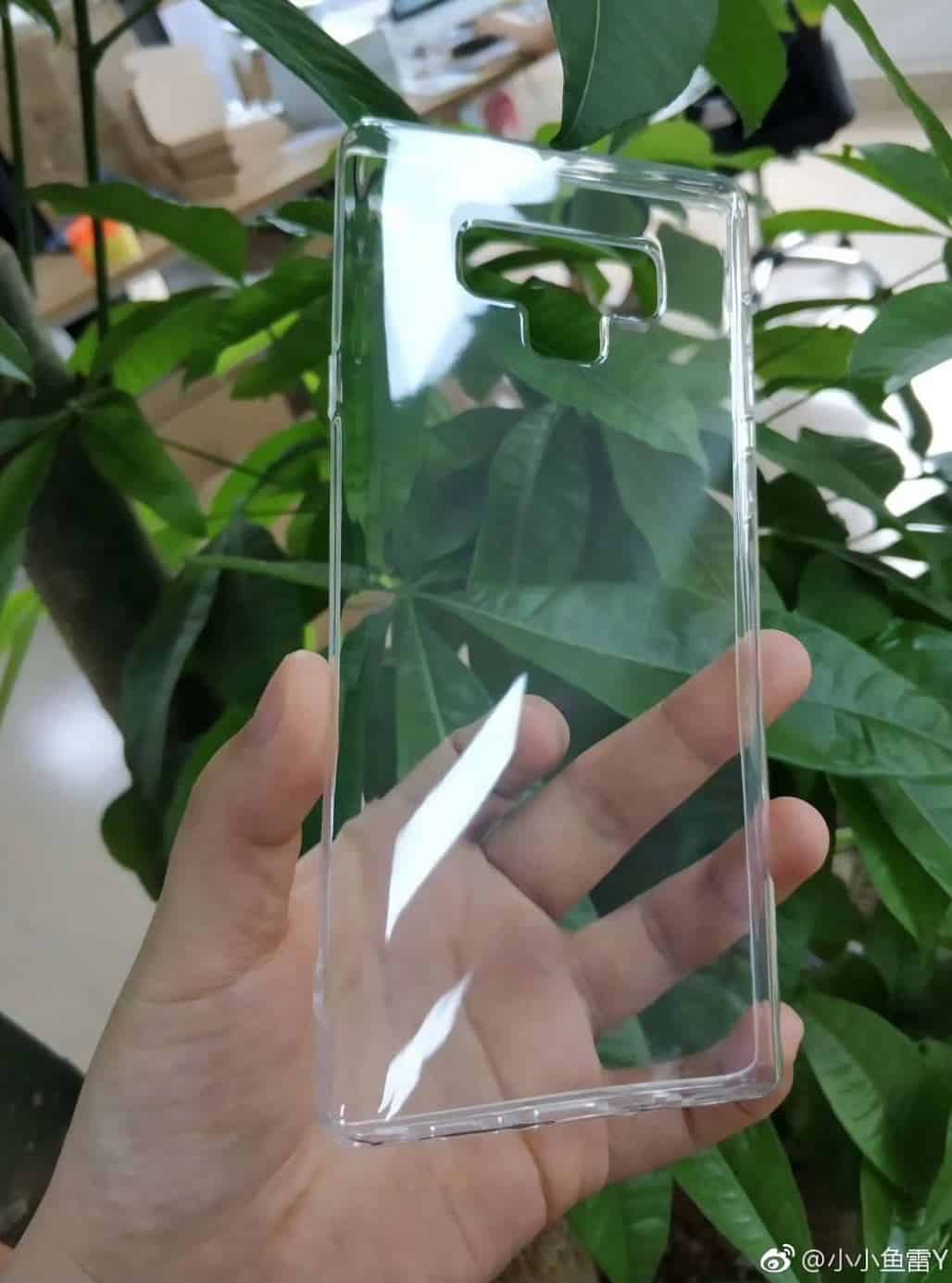