An Android device identified by the model number H1A1000 that’s widely believed to be the upcoming RED Hydrogen One was spotted in the database of online benchmarking tool Geekbench earlier this month, with its listing giving more credence to recent reports about its basic hardware specifications. The testing entry that can be seen below suggests that while the world’s first holographic phone may debut with a number of innovative technologies, its raw hardware power will be below that of the most capable contemporary handsets on the market, primarily due to the presence of the Snapdragon 835, Qualcomm’s 2017 chip that has already been succeeded by the Snapdragon 845, whereas the American semiconductor manufacturer is also expected to announce an even more powerful silicon in late 2018, shortly after the RED Hydrogen One is released.

The year-old chip is paired with 6GB of RAM, with the maximum clock speed of the silicon’s energy-efficient quad-core cluster sitting at 1.9GHz, which is in line with the vast majority of other Snapdragon 835 implementations. The RED Hydrogen One will also run Android 8.1 Oreo out of the box, as per the same source. The actual operating system of the device is likely to be heavily modified to account for the variety of unique functionalities of the handset such as its holographic display, mixed reality capabilities, and modularity.

Verizon is already accepting pre-registrations for the RED Hydrogen One, with the device being set to start retailing this summer, though no firm release date has yet been attached to it. AT&T will also be carrying the Android-powered handset and RED itself should be selling it directly as well. The RED Hydrogen One will start at $1,295 and be specifically advertised to photography enthusiasts and general tech aficionados looking for a unique product that’s more than the sum of its parts. A titanium RED Hydrogen One model will set you back $1,595, with first shipments being expected to start arriving in August. 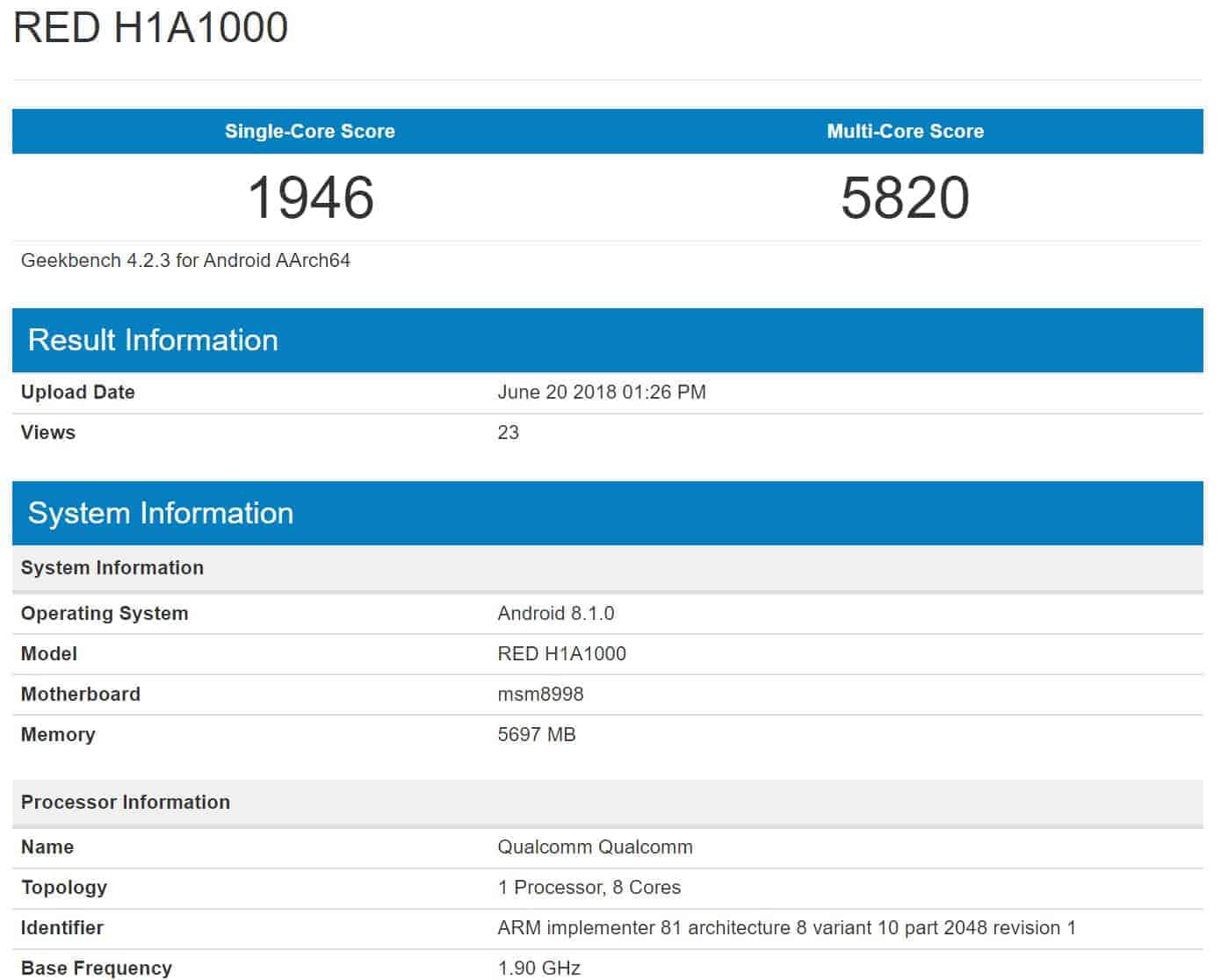