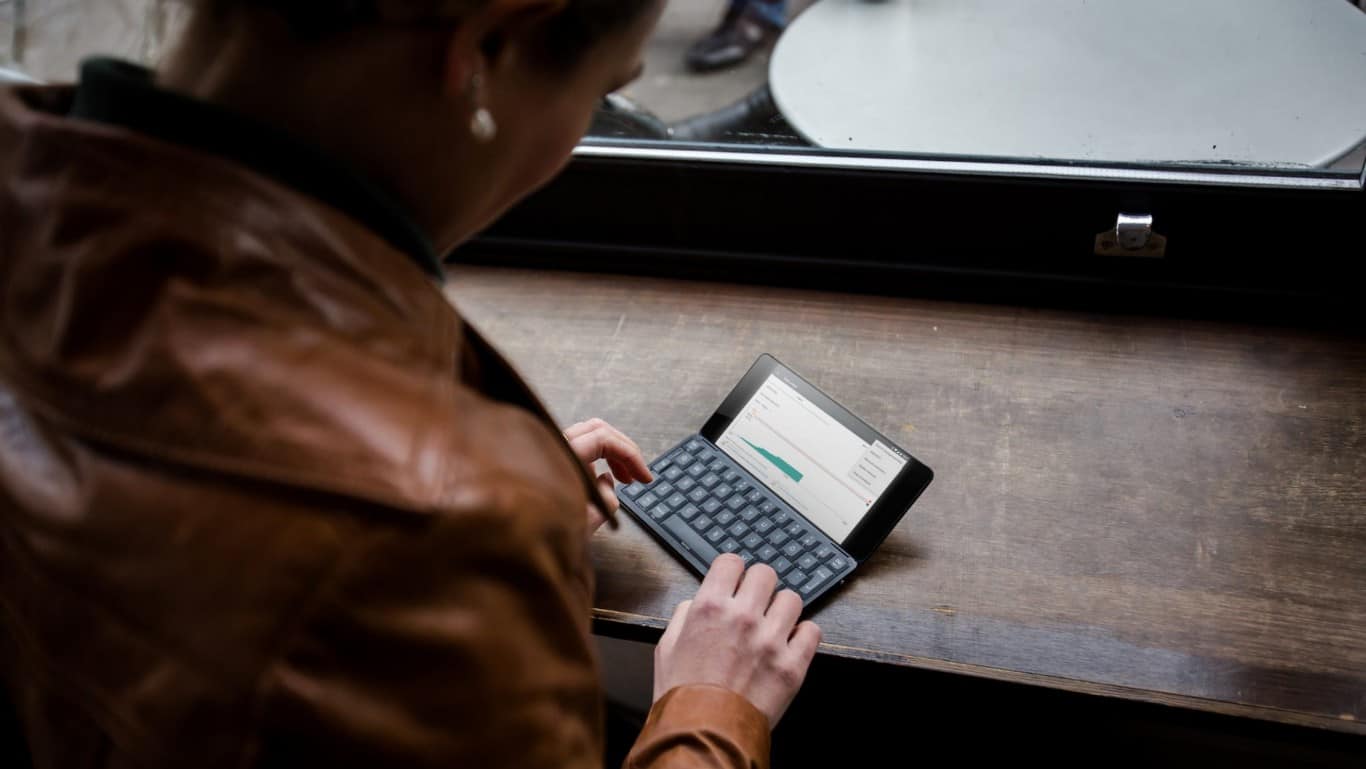 Planet Computers' Gemini PDA has been out of the news for a while but the UK company is now back with updates on its miniature laptop-like mobile device's operating system. When it was first revealed via a crowdfunding campaign, the Gemini PDA was running Android OS with a dual-boot option for Linux via Sailfish OS. However, Planet Computers has now revealed that it will be receiving a newly developed version of the operating system, Sailfish 3, which enables the PDA to be a quad-boot smartphone. Set for release later on this year, the Jolla-developed OS allows for Android OS to be booted as well as three individual distributions of Linux. No details have been provided as to which version of Android that will be based on.

Setting aside the custom boot options of the Gemini PDA, the update will also bring a slew of new functionality. For starters, it will deliver a device-specific app market called Jolla Store, in addition to including more complete support for Android apps across the board. That's an end-user supported marketplace designed to curate landscape orientation-optimized applications specifically for the Gemini PDA. Beyond that, it will allow future updates to be pushed over-the-air rather than requiring a download. Furthermore, Sailfish 3 will enable encryption on user data and communications at the firmware level. Last but not least, the company says the interface will be refreshed across the device. That means system level apps such as the email application should be much easier to navigate and use. Presumably, the update will also improve device-specific navigation such as the process for switching between boot options.

In the meantime, the hardware itself has seen some updates since the crowdfunding campaign as well. The handheld laptop is still available in either Wifi or WiFi and 4G connectivity configurations and remains a 5.7-inch QHD ultra-wide touch-enabled PDA with a full tactile keyboard. The mobile's 'wide clamshell' styling, dual stereo speakers, 5-megapixel camera on the selfie side, standard sensors, and support for both Bluetooth or headphones are intact. However, the SoC behind the Gemini PDA has been upgraded from a MediaTek-built Helio P25 and Mali-T880 MP4 GPU. That's has been replaced by an unspecified deca-core CPU with two ARM Cortex-A72 cores and eight Cortex-A53 cores. The latter of those is split with four clocked at 2GHz and four more clocked at 1.6GHz while the former is clocked at 2.6GHz. Backing that up is a full 4GB of RAM and 64GB of storage. Graphics are powered by an ARM Mali GPU clocked at 875MHz, compared to the earlier version clocked at up to 850MHz. Pricing now starts at around $792.