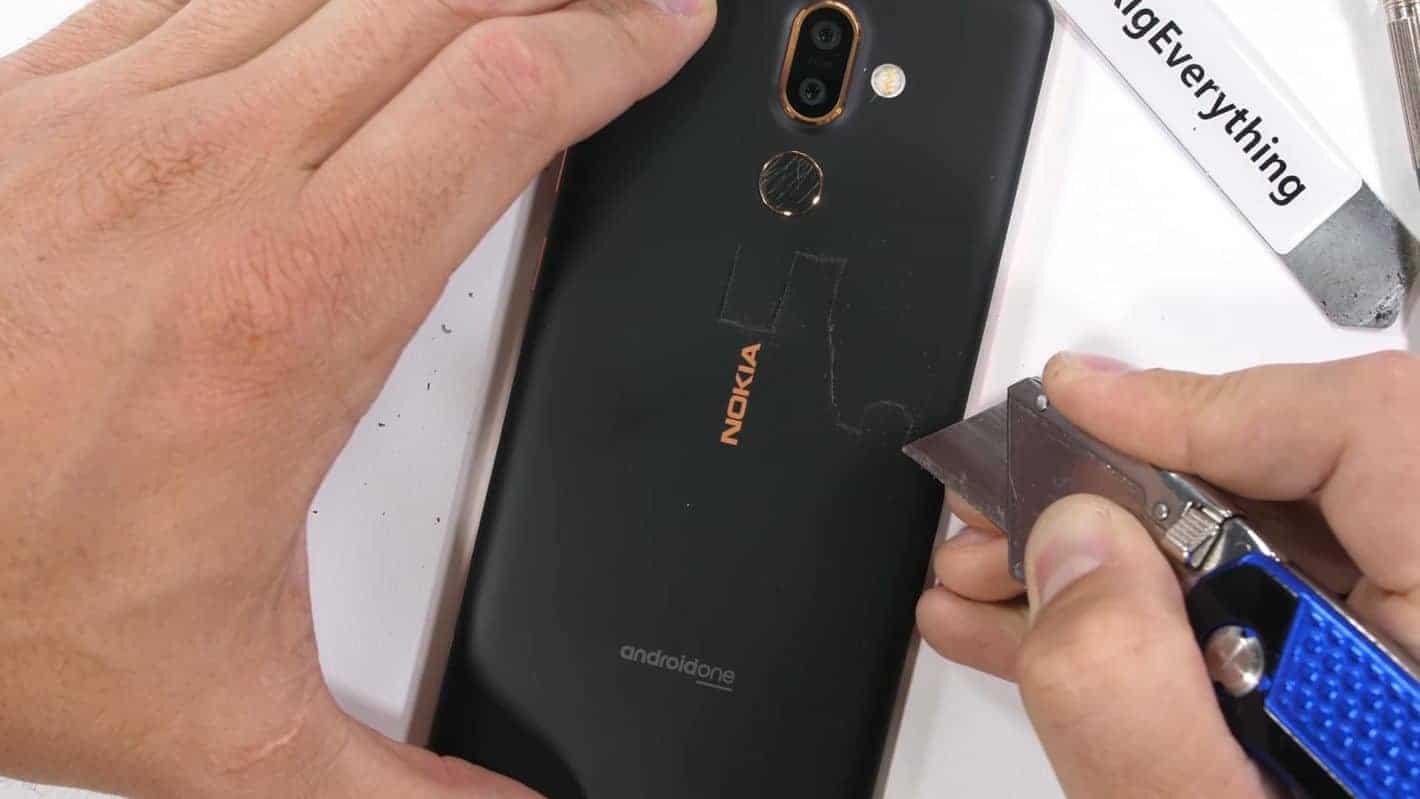 HMD Global had introduced the Nokia 7 Plus Android One handset back in February during the Mobile World Congress (MWC) and JerryRigEverything has just managed to get ahold of one unit of that handset and test its durability. As per usual, that video has been published on YouTube, and if you've ever watched one of JerryRigEverything's durability tests, you know exactly what to expect, as he follows the same pattern here.

The first that that took place in the provided video is the scratch test. The Nokia 7 Plus rocks a Gorilla Glass 3 protection on top of its display, and a level seven pick managed to scratch it, as expected. The phone's front-facing camera lies underneath Gorilla Glass 3 as well, along with the display, and the phone's bottom bezel. The earpiece is not protected by a metal grill, though that's not that surprising. The frame of the device is made out of metal, so are the phone's buttons, and the device's SIM card tray. The phone's dual camera setup on the back is protected by glass, while the dual-LED flash comes with a piece of plastic on top of it, as is the case with a ton of other phones out there. It's not difficult to scratch the phone's rear-facing fingerprint scanner, but even if you do, it will function normally, those scratches will not affect its performance.

The phone's back cover is covered in six layers of plastic paint, which Nokia refers to as "ceramic feel paint", though it has nothing to do with ceramic. Ceramic can be scratched with a level eight pick, it's really difficult to scratch it, but this plastic back was scratched easily with a blade, which is the equivalent of a level five pick. HMD Global did include aluminum below all that paint, though. After being exposed to the flame for about 10 seconds, pixels on the phone's IPS LCD display turned off, but recovered shortly after. As far as the bend test is concerned, the Nokia 7 Plus passed with flying colors, it did not bend at all, that goes for applying pressure from both the back, and the front side.