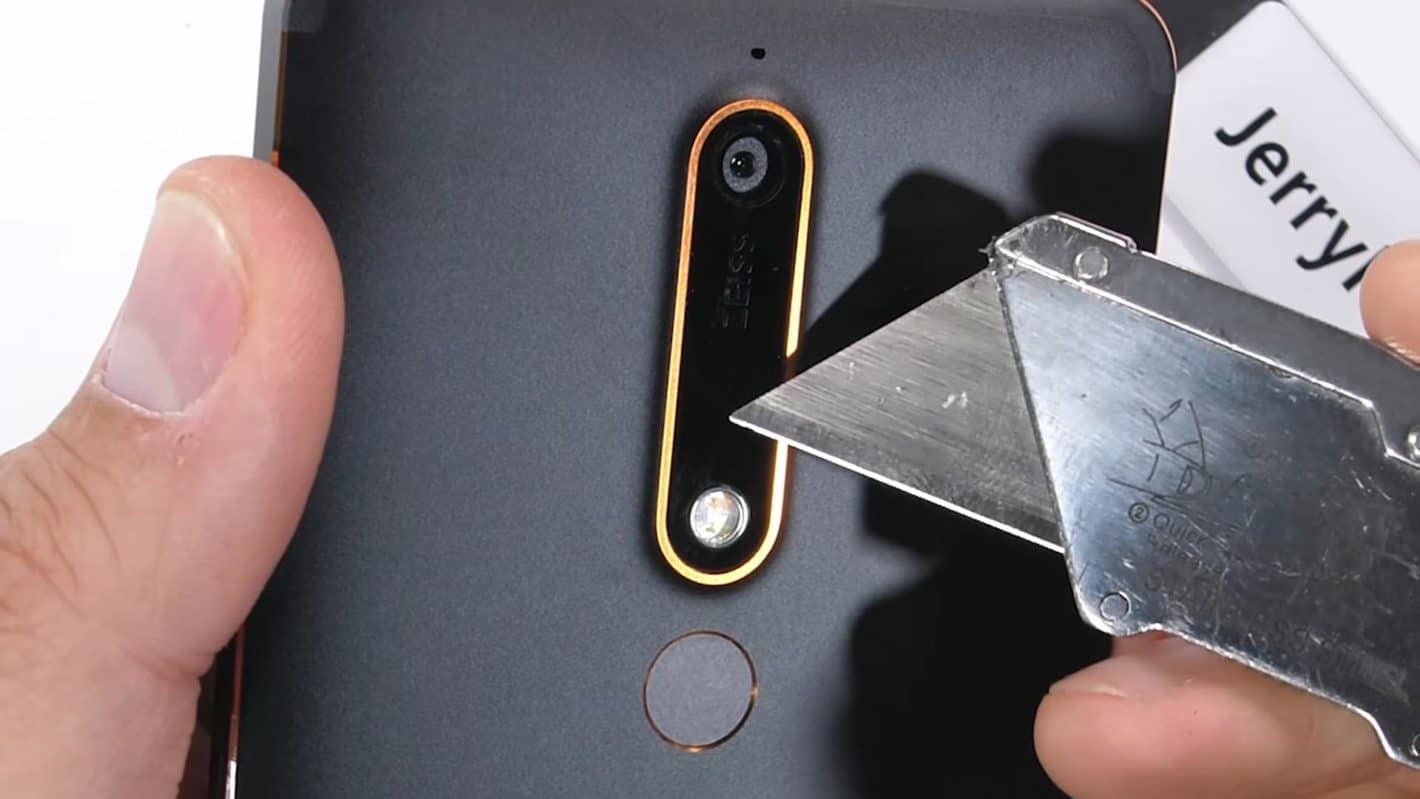 The Nokia 6.1 durability test has just surfaced on YouTube, courtesy of JerryRigEverything. The Nokia 7 Plus got tested on that very same channel about a week ago, and it's now turn for the more affordable Nokia 6.1. In the video, Jerry points out that the Nokia 6 was one of the most durable smartphones that he tested, so that the expectations are quite high for the Nokia 6.1. Having said that, the source kicked off the durability test by testing how scratch resistant the phone's display is. As expected, the scratches started becoming visible when he used the level six pick, and were really pronounced at a level seven, which is to be expected considering the Nokia 6.1's display is covered by Corning's Gorilla Glass 3 protection.

The phone's frame, SIM card slot, and buttons are all made out of metal, which is also something that was tested in the provided video. The earpiece is not protected by metal, but it will not be falling out or anything of the sort. The phone's rear-facing camera is protected by glass, and it won't be scratched easily, while scratches on the fingerprint scanner will not affect its performance, the fingerprint scanner functioned just fine even after being scratched with a blade. The phone's back is made out of metal, while there's no plastic between the phone's display and a metal frame, which means there's no buffer between them. This is actually not the best idea, as the screen could be more prone to shattering if the phone is dropped, at least in theory. Moving onto the burn test, after being exposed to the flame from a lighter, pixels on the Nokia 6.1's display basically shut down, but they recovered after a short period of time.

And finally, the bend test, the Nokia 6.1 did great in the bend test, and did not flex at all, that goes for applying pressure from both the phone's front and back sides. This is not exactly surprising, as the Nokia 6.1 is quite similar to the Nokia 6 in terms of build, and the Nokia 6 did not budge at all either. If you'd like to check out the whole durability test, JerryRigEverything's video has been embedded down below.