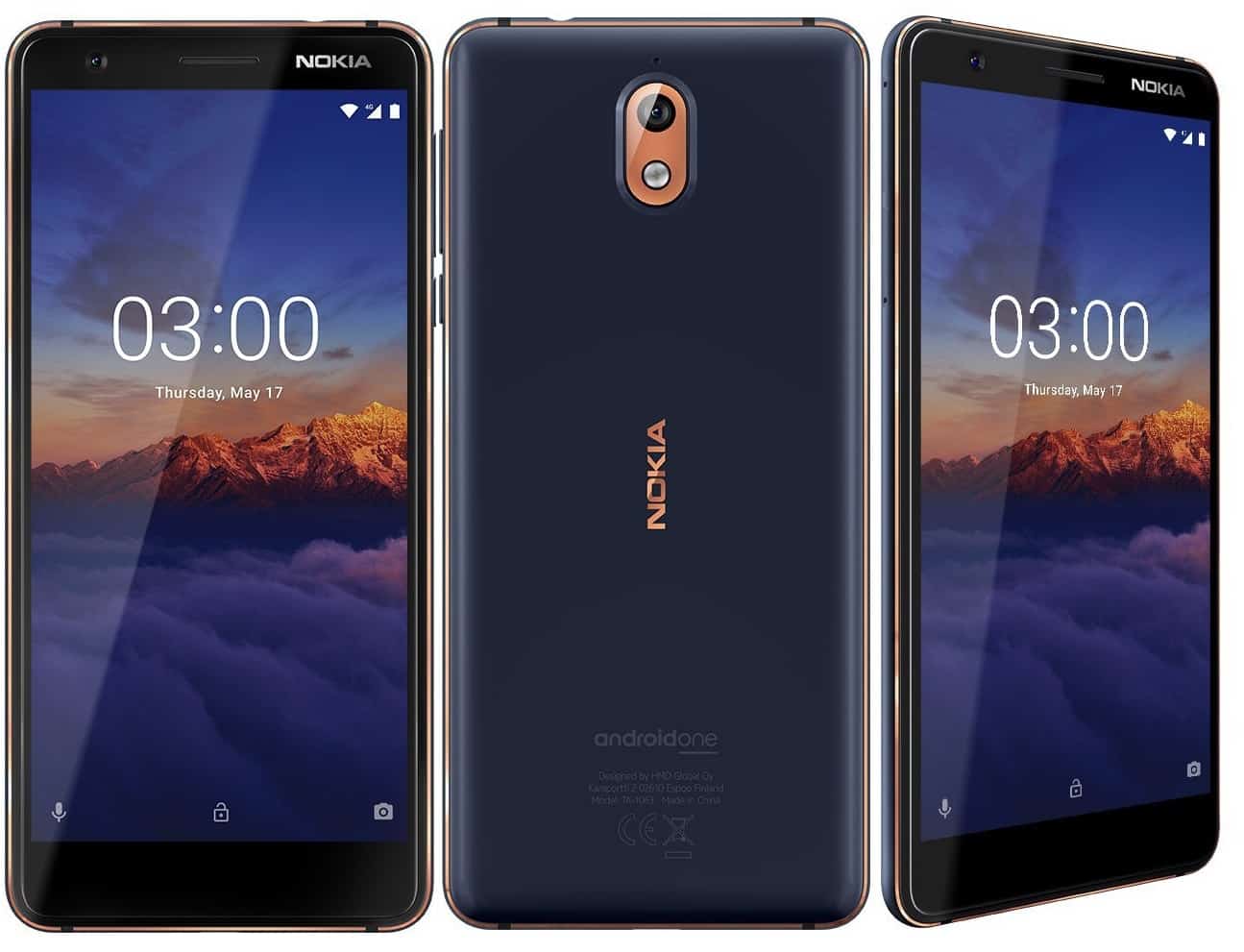 HMD Global’s Nokia 3.1 smartphone can now be pre-ordered via Amazon’s online marketplace at $159. The second-generation Nokia 3 handset incorporates some premium elements while keeping its price low for budget-conscious users. The Nokia 3.1 will start shipping in early July and will come in Black, Blue, and White color variants. The Nokia phone was officially announced in late May in Moscow, Russia, along with the Nokia 2.1 and Nokia 5.1, which feature bigger displays, improved processor performance, and other enhancements.

The expected availability date on Amazon’s listing for the Nokia 3.1 slightly comes a bit later than what HMD Global recently stated in its announcement of the smartphone when it promised a June release. As a quick recap, the second-generation Nokia 3 handset features a 5.2-inch HD+ display with an 18:9 aspect ratio and a resolution of 720 x 1440 pixels, with a 2.5D Corning Gorilla Glass for display protection. Under the hood, the Nokia 3.1 is powered by the MediaTek 6750 octa-core processor which offers a 50-percent performance improvement over its predecessor, which was announced in February last year. It will also ship with two options for RAM and native storage, namely 2GB/16GB and 3GB/32GB. On the optics side of things, the phone boasts a 13-megapixel rear camera with an aperture of f/2.0. Its front camera shows off an 8-megapixel lens with an aperture of f/2.0. In terms of dimensions, the Nokia 3.1 measures 146.3 x 68.7 x 8.7mm. It also weighs 138.3 grams and is made of glass, aluminum, and plastic.

The Nokia 3.1 runs Android 8.0 Oreo, with HMD Global reportedly planning to push all of its existing Nokia smartphone lineups to Android P once Google releases the latest version of its mobile operating system in the form of a stable build later this year. There’s still no word on when the Finnish mobile phone company will exactly upgrade its entire Nokia-branded series of smartphones. Nonetheless, considering that all of the company’s previous smartphone models that originally launched with Nougat pre-installed have already been upgraded to Android Oreo, recent reports seem to match the original equipment manufacturer’s established strategy for keeping its devices up to date.