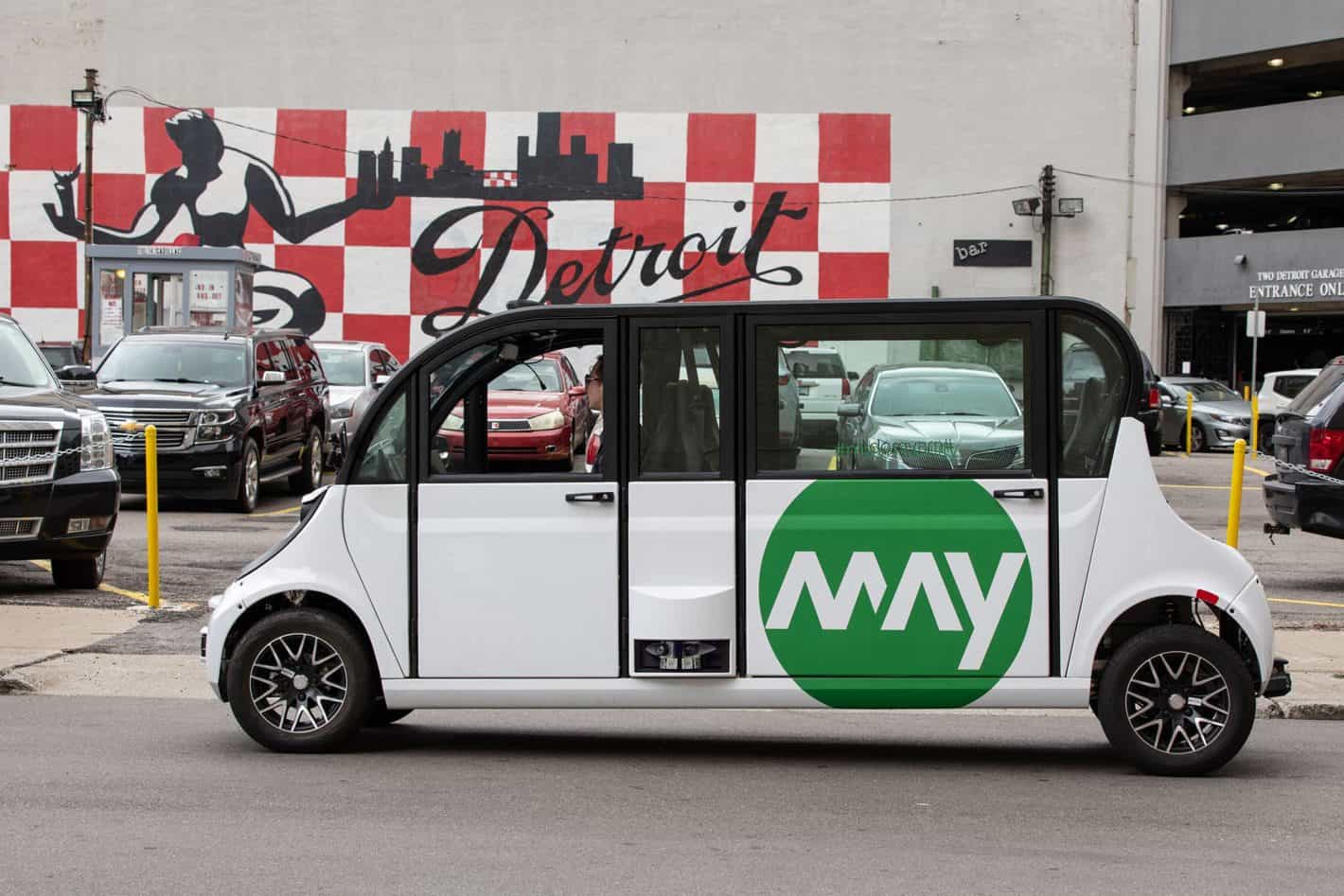 May Mobility – an Ann Arbor-based start-up that is backed by Toyota and BMW – has launched its own self-driving shuttles in Downtown Detroit. These shuttles will be shuttling Bedrock employees around the city. Bedrock is the property management company that is owned by billionaire Dan Gilbert – who also owns Quicken Loans, the Cleveland Cavaliers and a number of other buildings in Downtown Detroit.

Autonomous vehicles are nothing new to Detroit, seeing as it is the automotive capital of America, with GM, Ford and Chrysler being located in Detroit. But what’s new here are autonomous shuttles running on public streets in Downtown Detroit. Many feel that these slower shuttles that are traveling on well-established routes will make them safer, and less likely to get into accidents – something that other companies have had to deal with a lot in recent months. According to an analyst at Gartner, Mike Ramsey, “slow moving, simple routes in non-complex environments is the ideal use-case to try to execute autonomy.” Since most of the streets in Downtown Detroit are straight, it’s easier to navigate than a city like Boston where every street curves multiple times.

The start-up was only founded last year, and will be charging a monthly fee for its service. The fee is here to keep maps updated, as well as monitoring and maintaining the vehicles. The company says that in the beginning it will have attendants on the vehicles to help first-time riders and monitor the vehicles. The co-founder of May Mobility is Edwin Olson who is also a professor of computer science and engineering at the University of Michigan. Olson stated that “our technology allows us to provide fully managed transportation services that outperform traditional services on wait time, rider satisfaction and other metrics.”

These slower shuttles are not new in the Detroit area, as Ford has something similar at its headquarters in Dearborn, as well as the University of Michigan doing something similar in Ann Arbor on its campus to get students around. However, those shuttles are smaller, offering room for two to four people. These shuttles from May Mobility can fit up to six people, which can really get a decent amount of people from point A to point B. Now it’s currently only for Bedrock employees, but if this goes well, other companies located in Downtown Detroit could also set up a deal with May Mobility to do the same thing.