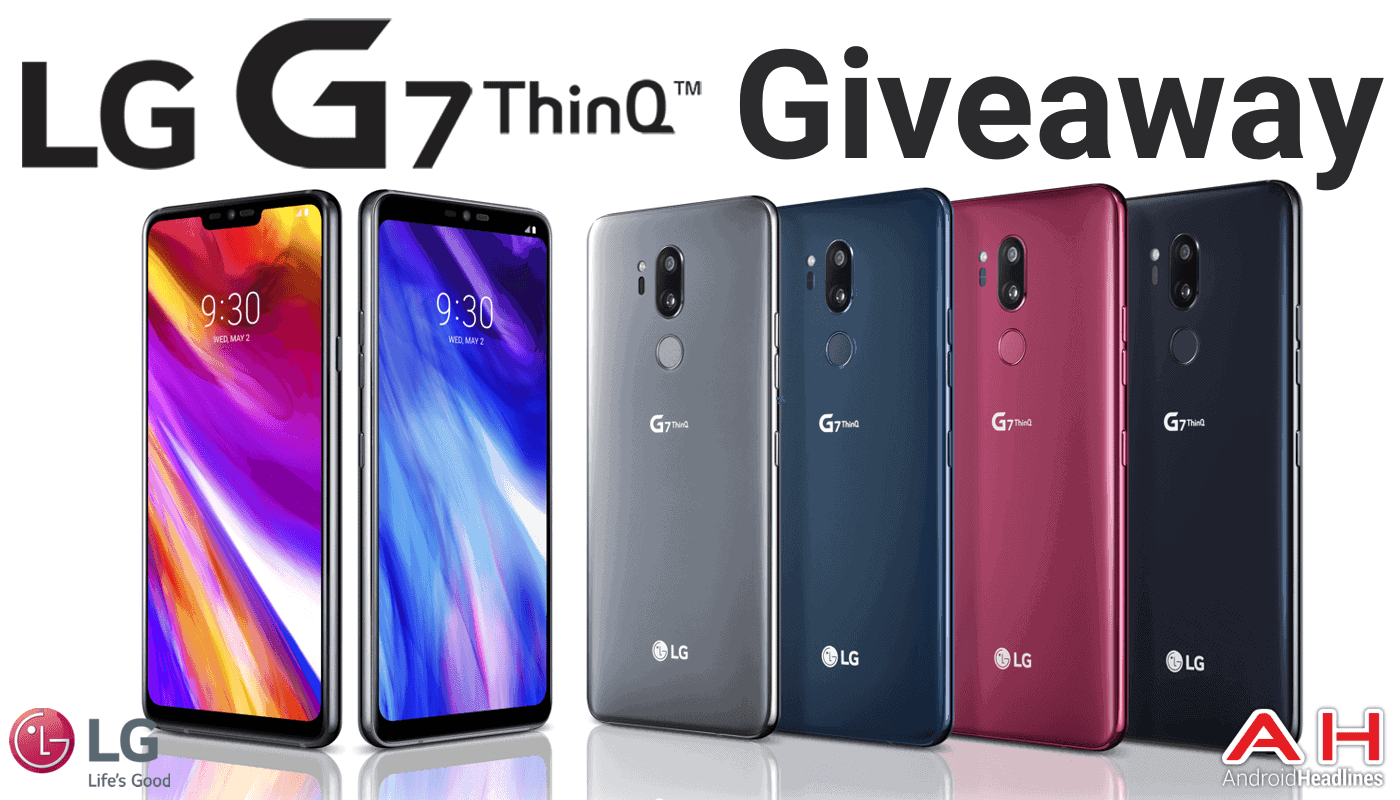 We did announce the winner at the end of the contest but we apologize for not updating the post it was a oversight, the winner was James Gallagher of Texas! Please enter our latest contest for chance to win another device.

The LG G7 ThinQ is one of the latest smartphones to come from the company and one which looks to offer a smarter smartphone experience. LG is well aware that smartphone buyers have become increasingly more demanding in recent years resulting in a climate where those tech savvy consumers are less likely to be interested in switching smartphones just for the sake of it. In other words, they want and expect more. In fact, this is the basis behind LG’s latest G7 ThinQ promotional campaign which sees an average tech savvy smartphone owner “Ryan” less inclined to test out a phone from a different manufacturer – even if it’s the new G7 ThinQ. That is, until Ryan does experience some of the things it can do. Those interested in seeing ‘what it takes’ for Ryan to make the switch check out LG’s new LG TV commercial below.

As part of the same campaign LG is now offering other tech savvy consumers the opportunity to also test out the G7 ThinQ by winning one for free. To be in with a chance of winning an LG G7 ThinQ there are two contests you can enter. The first is the official LG Sweepstakes contest although this one is only open to those who are also called Ryan. If you are not a Ryan, but you do know one, then it it’s worth getting them to enter as LG is not only giving away an LG G7 ThinQ to the winning Ryan, but also to seven of Ryan’s friends. In addition to the free phone, the winner can also expect free cupcakes for a year, a $25 Google Play gift card, and an appearance on a Times Square billboard. Head through the link below to enter the Ryan Sweepstakes.

The other contest you can enter is open to everyone and irrespective of whether they’re a Ryan or not. To win an LG G7 ThinQ through this contest all you need to do is take part in the giveaway widget below. You will first need to enter the contest by signing into the widget using your email address. After you have entered, you will be able to gain additional entries by completing various actions, including visiting LG and AndroidHeadlines social media channels. The good news is that you can complete as many actions as you like. Each action offers a unique number of entries and each entry has the potential to be the winning one. The contest is a USA ONLY contest and will close promptly at 2:59 pm PST on July 12, 2018. Enter now for the chance to win an LG G7 ThinQ, courtesy of LG and AndroidHeadlines.