An image which you can check out down below leaked, and revealed that the aforementioned device will ship with a ‘Ravel’ codename, and that it will sport a 6.9-inch display. Now, as far as the Honor Note 9 name is concerned, we’re only guessing as to which phone this leak refers to, but it makes sense, as the Honor Note 8 launched back in August 2016, so Honor even skipped a year. Now, to add more fuel to the fire, Zhao Ming (aka George Zhao), the President of Honor, said in a recent Weibo post that he has been using the Honor 10, and an Honor-branded smartphone with a large display, which made many people think that Honor is getting ready to release a new flagship with a large display. Now, do keep in mind that the device may not ship with the Honor Note 9 name, Honor may opt for a completely different name, such as the Honor 10 Plus, or something of the sort, we’ll just have to wait and see.

The upcoming device will probably resemble the Honor 10, though, which means you can expect it to sport a display notch, and be made out of metal and glass. The device will be quite large, as it will ship with a 6.9-inch display, and chances are Honor will utilize Huawei’s Kirin 970 64-bit octa-core flagship processor. The upcoming device will ship with Android 8.1 Oreo out of the box, while Huawei’s Emotion UI (EMUI) 8.1 skin will be included on top of it. We’re still not sure when will this phone see the light of day, but it’s possible it will arrive in July or August. 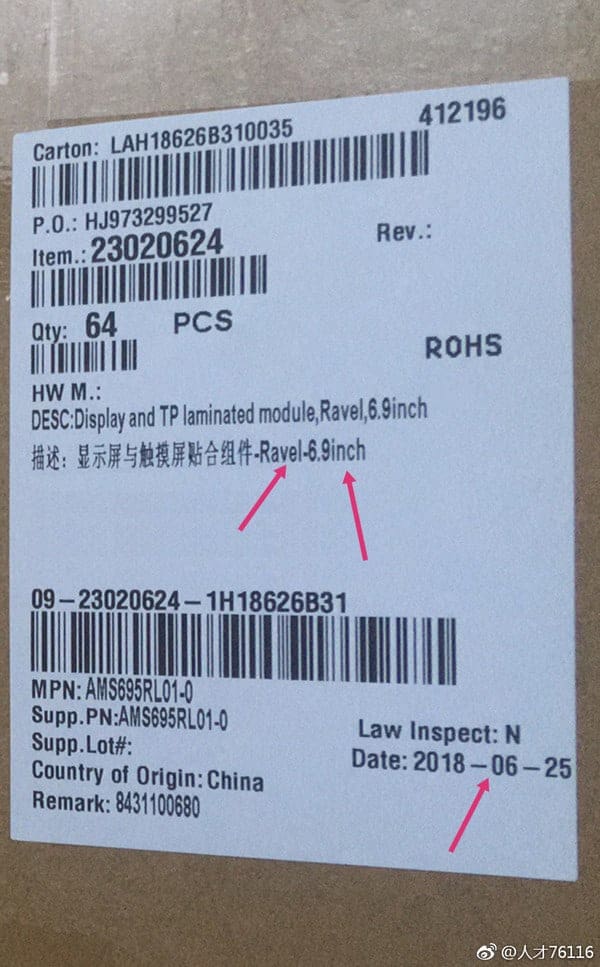