BlackBerry Mobile and TCL Communication announced the BlackBerry KEY2 today, the second-generation physical keyboard smartphone from the new partnership that the two companies forged back in late 2016. This smartphone borrows a lot of its looks from the original KEYone that debuted last year, with the main difference being the smaller forehead and larger keys on the physical keyboard. That makes the KEY2 more modern-looking and also easier to type on for those that weren’t big BlackBerry users back in the day.

The keyboard on the KEY2 is still a traditional physical unit, making the handset rather unique in this day and age. The team behind the KEYone also went and made the keyboard better, having spent time with the Bold 9900 which was one of the most popular BlackBerry smartphones ever, to make sure it was clicky enough. And in our limited hands-on time, the KEY2 is much easier to type on than the KEYone was, especially for those that were never die-hard BlackBerry users. BlackBerry Mobile and TCL have kept all of the keyboard shortcuts here, and added a “Speedy” button so you can press that along with a letter to quickly open up a specific app. For example, you can assign Twitter to the “T” key and press the Speedy key then the T one to open the said app. Much easier than going home and hitting the icon or having to find it in your Recents menu. 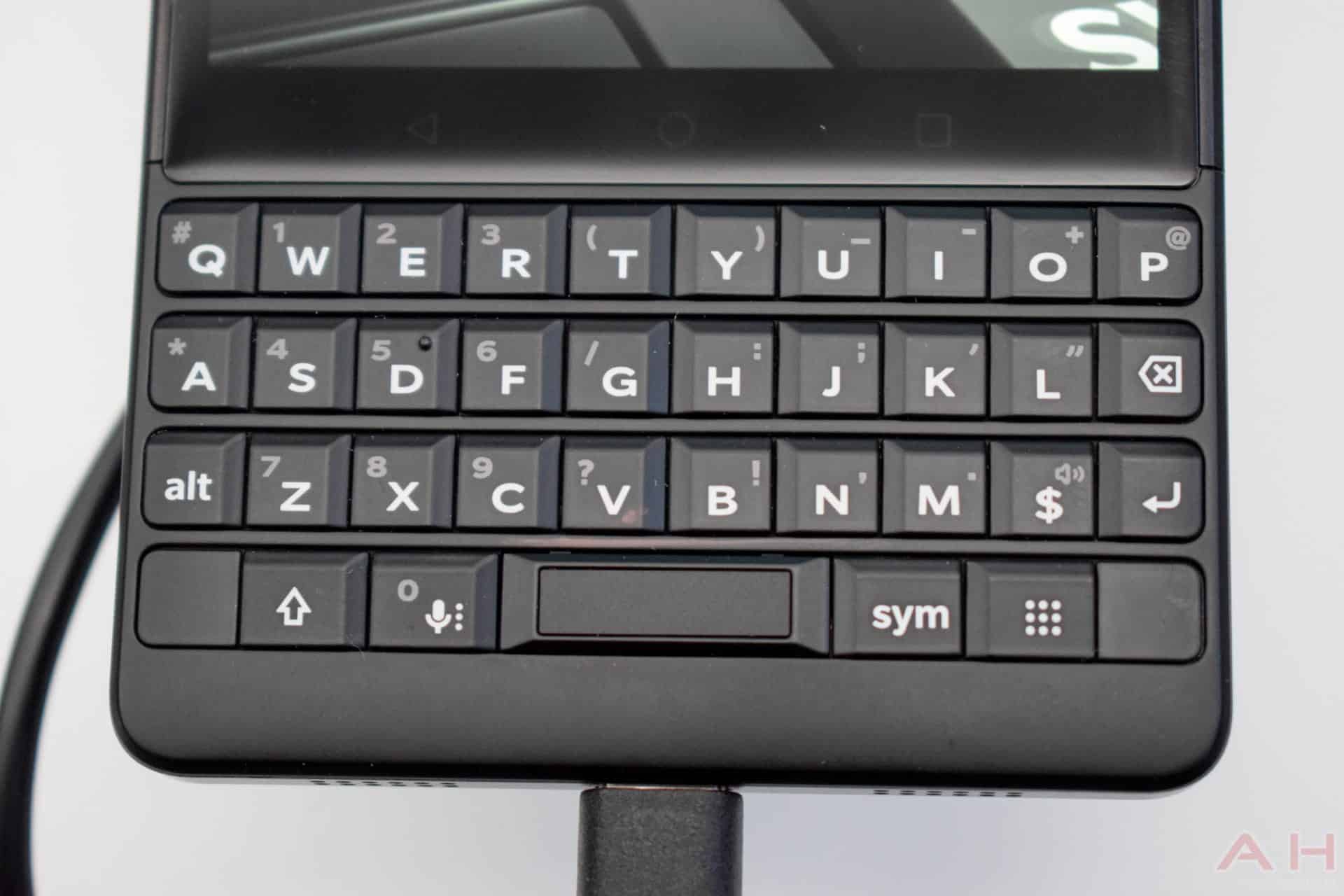 The display on the KEY2 is still a bit strange, with a 4.6-inch 1620×1080 resolution, giving you a 3:2 aspect ratio. While many smartphones are going with taller displays, BlackBerry is opting for a shorter one here. That is actually because of the physical keyboard but it still looks good and works pretty well with Android, as you’d expect. Even being slightly higher than full HD resolution, the display looks really good and the viewing angles are also top-notch. The advantage to going with a full HD display and the Snapdragon 660 means that BlackBerry can promise some pretty insane battery life – which isn’t new, considering the KEYone also had great battery life.

Picking up the KEY2, it’s going to feel like an old-school BlackBerry smartphone, and that is definitely nice. It is heavier than most other smartphones out there, and it can definitely do some damage if it were dropped. The KEY2 is rugged, but not so rugged that it can’t be damaged when dropped – so don’t drop it. But it does definitely feel really solid in the hands. Even though BlackBerry has gone away from the curved sides, which made the KEYone feel really comfortable in the hand, the KEY2 has flat sides, it is still easy to hold onto thanks to the rubberized backside. The black version of the KEY2 looks really nice. It’s all black, so it looks very stealthy, and everything just blends in nicely. While the silver model has some accents around it that do also look really sharp, especially around the physical keyboard there. 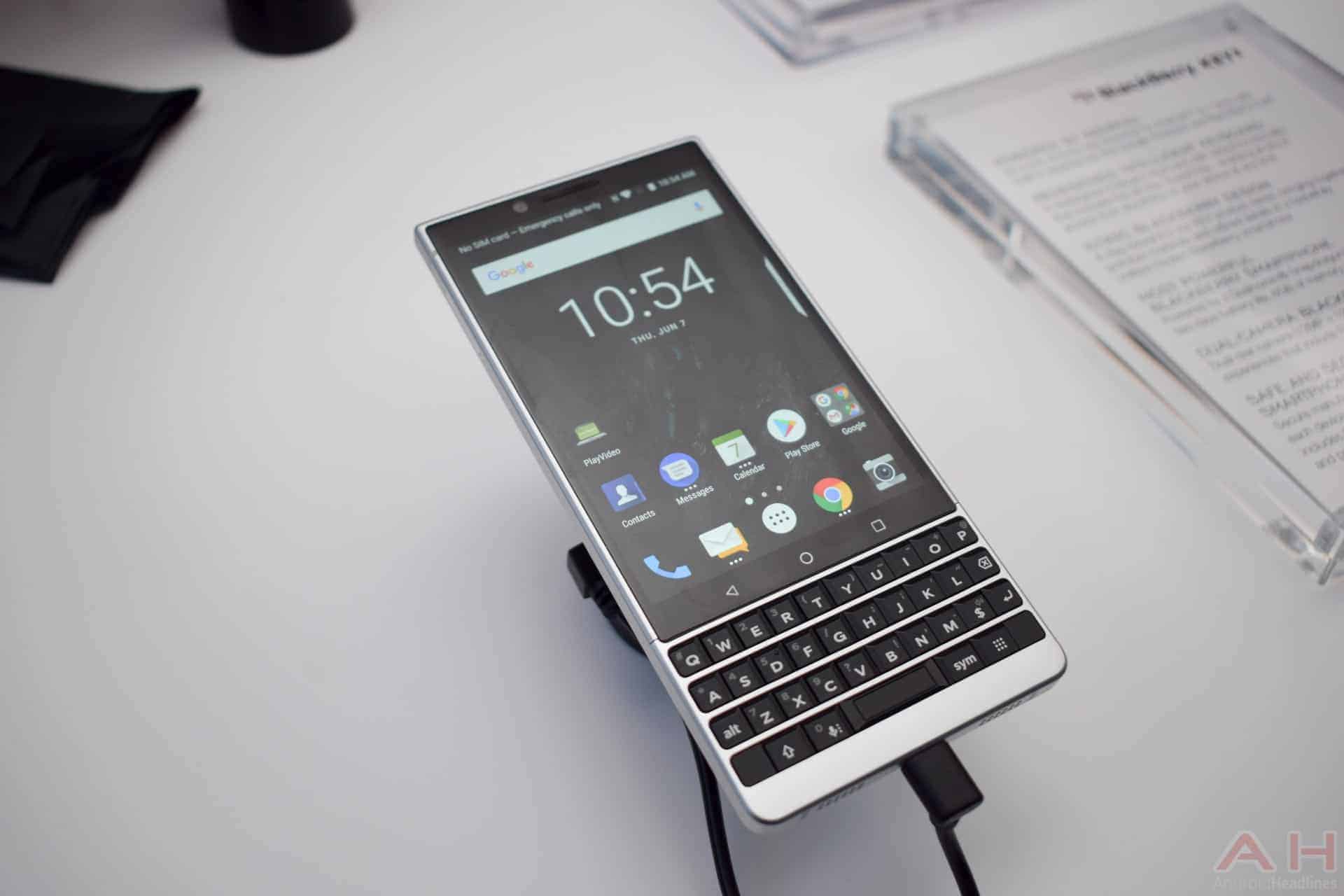 There’s a lot to like about the KEY2, and for those die-hard BlackBerry fans that are waiting on a new BlackBerry smartphone, you won’t have to wait much longer. BlackBerry will be releasing the KEY2 later this month in several markets, with its full global launch happening in July. The BlackBerry KEY2 is going to cost you $649, which is actually cheaper than most flagship smartphones, but still a bit higher than the OnePlus 6 and other “premium” mid-range smartphones on the market. BlackBerry KEY2 is going to be available in both black and silver as well.