Facebook has kicked off the trial phase for subscription groups as part of an effort to help admins generate income while continuing to do what they want: maintaining and supporting their communities. The social networking giant is initially testing subscription groups with a limited number of communities with varied interests and causes such as Grown and Flown Parents: College Admissions and Affordability, whose goal is to guide parents as they enroll their children in college, and Meal Planning Central Premium, which provides recommended shopping lists and meal plans every week to members.

Subscription groups are sub-groups in addition to an admin’s existing free group with built-in tools to collect payments. Facebook users who wish to join subscribers-only groups will have the option to sign up for those communities via the Facebook app for Android and iOS. Reports also indicate that group subscription fees range between $4.99 and $29.99 per month. In exchange, members will receive exclusive and higher-quality content from group admins. It is, perhaps, worth noting that Facebook will not receive any share from the subscription fees members pay to admins, though Google and Apple will be taking a cut from those payments as part of the policies of their respective app stores. While subscription groups are now rolling out to a few communities as part of the testing stage, it remains unclear when Facebook makes the subscriptions available to more communities on the social networking site. Facebook vows to apply feedback and input from the pilot to the subscription groups as it learns over time.

Facebook’s subscription groups join other initiatives by the social media titan meant to help creators on the platform earn money with their content. Last March, the Menlo Park, California-based company began testing a range of new tools and features with the goal of helping Facebook creators expand their community of fans and generate income from creating content using a variety of options to monetize the work they share with fans. These include a way for fans to support the creators they follow by voluntarily paying a monthly fee. Most recently, Facebook introduced new features to help content creators earn money through advertising and collaboration with brands, among others. 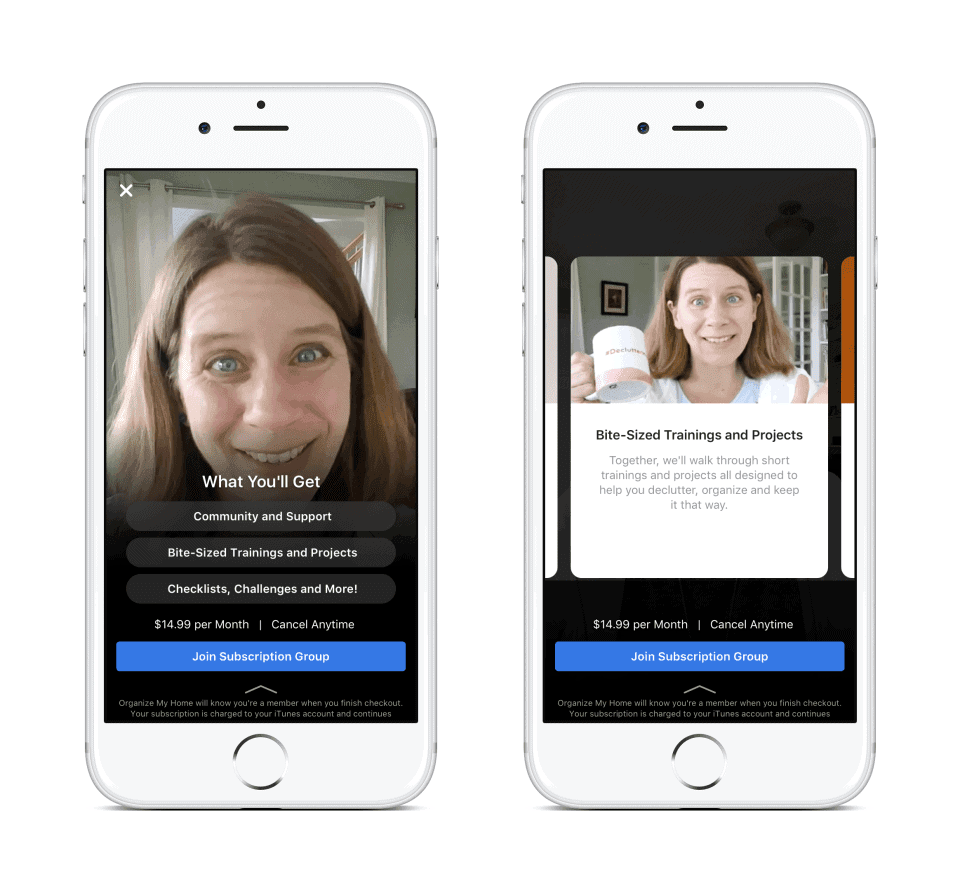