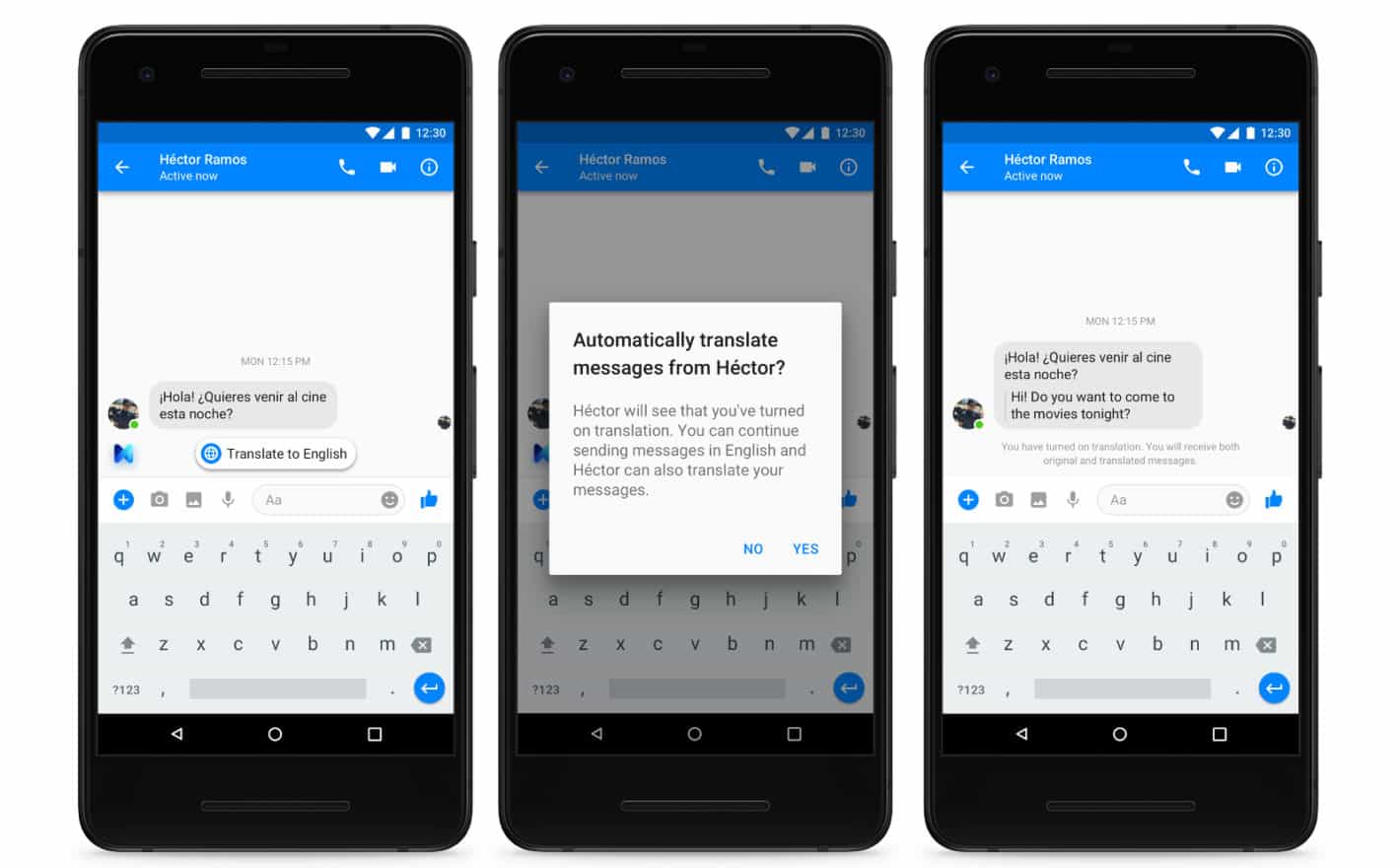 Facebook is bringing another improvement to its Messenger-based A.I. assistant, 'M,' giving it the ability to automatically translate messages typed between either Spanish or English. M's translation suggestions, as the feature has been called since launching for business users only, has now started rolling out to all users in both the U.S. and Mexico. Better still, that roll-out is happening via a server-side update. Not only does that mean it will be rolling out without the requirement for an app update, but the typically faster nature of server updates means Android users can expect probably the feature to arrive on their handset within the next few days.

With regard to using M translation suggestions, Facebook has made that as easy as possible. Users won't even need to adjust any settings via the app's menu. Instead, when users receive a message in Spanish or English, depending on which is their native language, the app will instantiate a pop-up. That will offer the option to "Translate to Spanish/English." If tapped, every conversation with the other user in that conversation will be translated automatically moving forward. However, users will also need to select that option individually, repeating the process, for every conversation. That's not necessarily going to be ideal for users who interact with a lot of new people on a regular basis, such as businesses or business owners and representatives.

On the other hand, it will ease the process of cross-language communications since users won't need to navigate multiple apps for every message. The individualized approach should also be helpful in recognizing whether or not the user's messages are being translated, since translations aren't always completely accurate. Specifically, needing to turn on the feature one conversation at a time ensures that users are notified that they may be speaking with somebody who doesn't share their native language. Facebook also plans to roll out further support for additional languages over the coming months. There's no time frame associated with that but the company will almost certainly expand on regional availability at the same time.