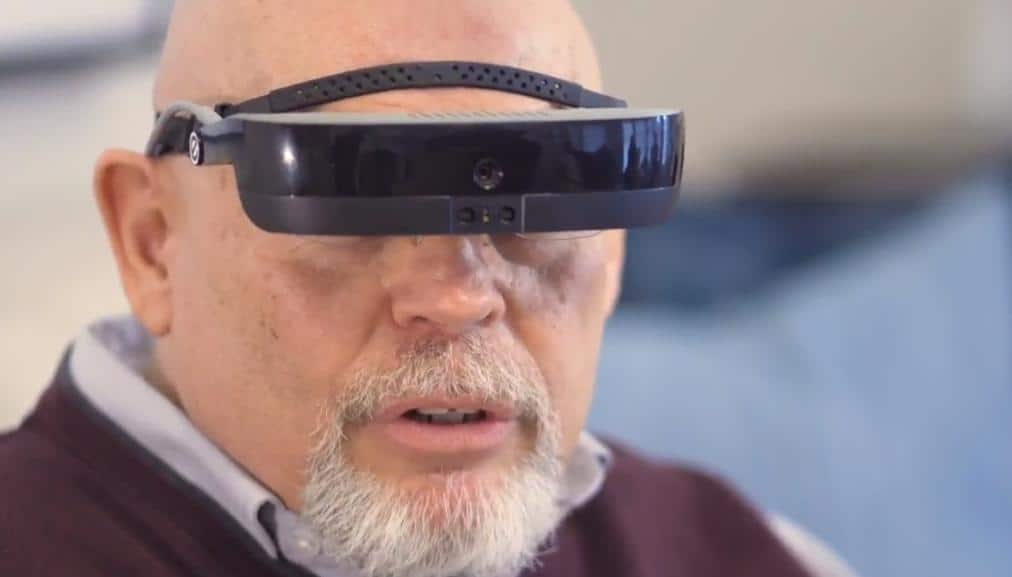 Augmented reality goggles are only now starting to find their place in the wider consumer market, but a small company called eSight has been using the technology to give visually impaired and legally blind people their sight back for quite some time. Those who are interested in eSight can book a session to go give it a try at one of the company’s eSight Hub locations, or they can request a home visit, where a trainer will show up and give them basic training with the device in their home. The only real downside is that it costs around $10,000 right now, though cheaper alternatives are starting to pop up.

The eSight system consists of a simple setup with some glasses and a controller. The glasses are made to be lightweight, and fit similarly to sunglasses. Users can have a pair custom-made with their prescription. The lenses have transparent screens on them that show what the HD camera on the front is capturing, and it uses various algorithms to tell what a user is looking at and optimize the video feed to help them get around. Users can also use the controller to manually change focus and zoom in on objects, with up to 24x zoom available clearly. Users can even stream content from other devices directly to the screens on the glasses, instead of having to point the camera at the screen that has the content, somewhat mimicking the concept of a VR personal theater.

eSight was started with inspiration from the founder’s two legally blind sisters. He imagined a better world for them, one without the challenges in education, mobility, employment and independence that most visually impaired and legally blind people experience in their day to day lives. The company’s core belief is that everybody deserves to see, which is the mission statement behind the firm’s commitment to “Make Blindness History By 2020”. Due to the way the technology works, it can help out just about anybody with mostly any vision disorder to at least some extent, thanks to the capacity for custom lenses. Those who are entirely without sight are out of luck since eSight does not feature any kind of implant technology, but those who are extremely nearsighted or farsighted, or may have visual issues like cataracts, glaucoma or optic nerve disorders will be able to enjoy clear vision that eSight says rivals that of a fully sighted individual.