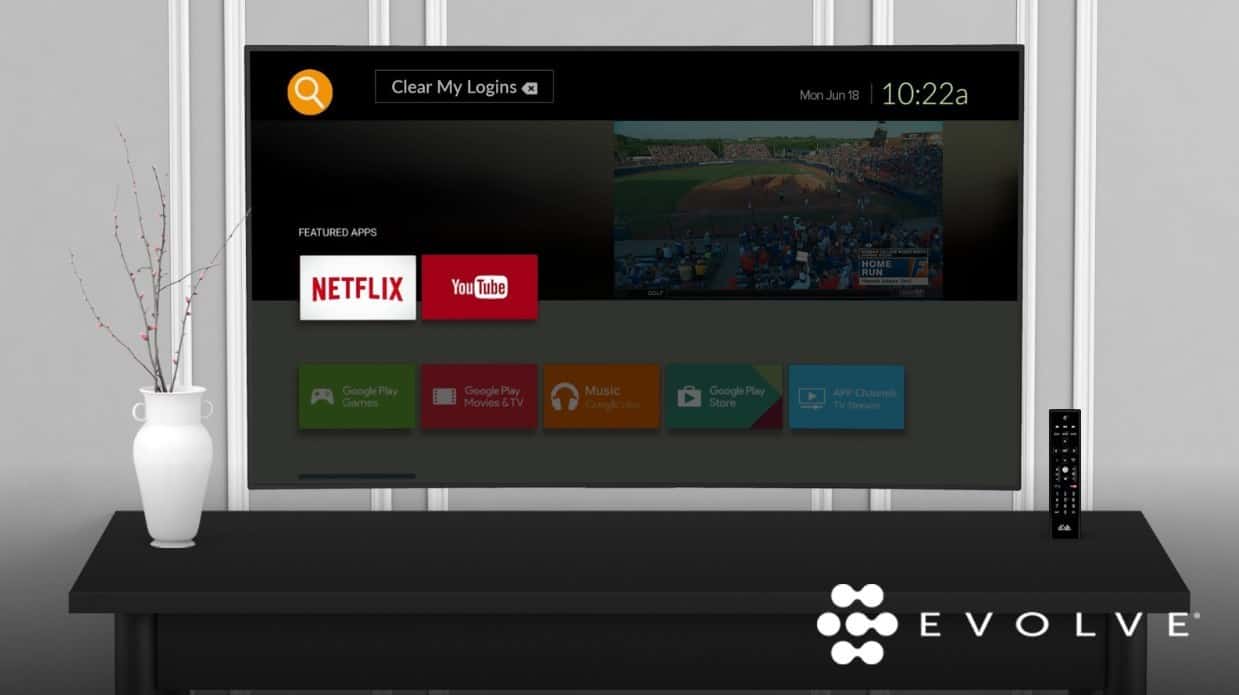 DISH has now announced it's integrating Netflix with its EVOLVE TV service. While announced, this is not something that is happening immediately, however, with the company stating the fruits of a Netflix integration will start to be seen "in the coming months."

EVOLVE is an Android TV solution, although it's one which is primarily designed for hotels. Therefore, unlike Android TV solutions sold to, or included with consumer-aimed products, EVOLVE is designed to be a solution hotels can implement as a means to add Android TV to its in-room entertainment experience. Needless to say, with a service aimed at hotel rooms and bringing more of an app-based experience to the hotel guest, the absence of Netflix was a notable one. Something which seems to be apparently more of a widespread issue as during the announcement DISH pointed out how this move makes it "the first major pay-TV provider in the U.S. to integrate Netflix into a customized TV solution for the hotel industry."

One of the obvious benefits of offering Netflix to hotel room guests is that they are able to sign-in to their own Netflix accounts. Essentially turning a hotel room TV into a TV which is immediately populated with content personalized to the user. While this does technically also apply to the other included Android TV-based apps, Netflix is likely to be one of the most accommodating – as unlike a majority of the other Android TV apps, it does not require a Google account to access. So whether a user is entrenched in the Android ecosystem or not, they will be able to just as easily access their video content as they would at home. As an additional benefit, DISH has reconfirmed its EVOLVE service is a 4K-enabled service and therefore as long as a 4K TV is present in the room, the user will be able to watch 4K Netflix content through EVOLVE. This is likely to not only prove beneficial to DISH and the hotels using the company's EVOLVE solution, but also to Netflix. With the in-room integration allowing those without an active Netflix subscription to sign up and start watching.