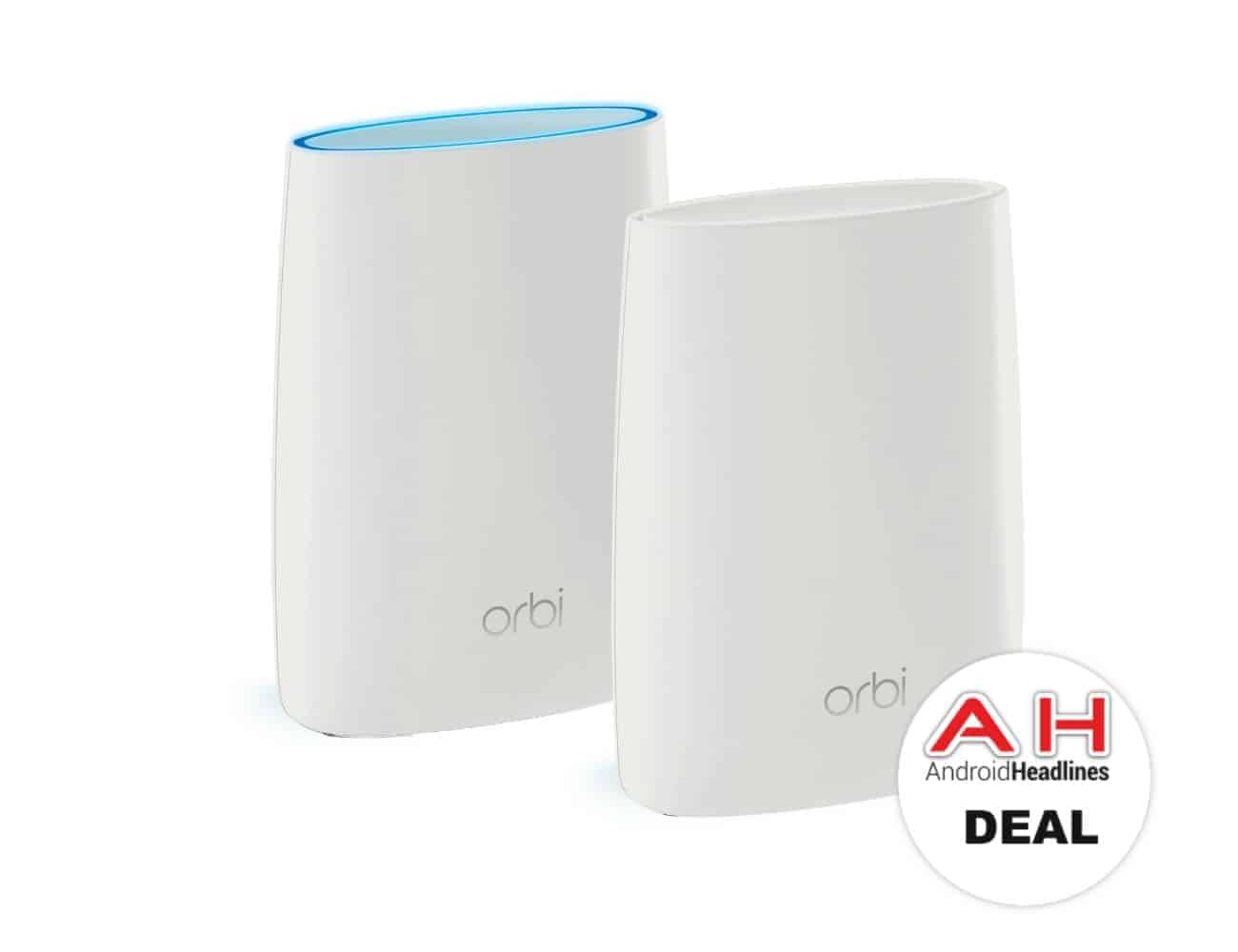 Amazon has discounted the NETGEAR Orbi Home Mesh WiFi System, bringing the price down to just $329. That is good for $40 off of its regular price, but it is also worth noting here that this is one of the very few discounts that Orbi has gotten since it was released last year.

The Orbi Home Mesh WiFi System is a mesh WiFi system that is able to blanket your entire home in WiFi. This particular model comes with the router as well as a satellite, and will cover around 5,000 square-feet, which is going to be enough for most people. The router will need to be plugged into your existing router, and the Satellite can be placed elsewhere in your home to extend the signal. Now this works better than a signal extender because instead of repeating the signal, it simply extends it, which means you're going to get the same WiFi speeds, if not better, with more coverage. And that is definitely a good thing. NETGEAR makes it super easy to get Orbi setup, and it can all be done with the Orbi app – available on Android and iOS. The NETGEAR Orbi does allow you to set up a guest network for when you are having people over and don't want to give them your WiFi password, you can also view what devices are connected and disconnect them if you wish to do so.

This item is also eligible for Amazon Prime's free shipping. Which includes free two-day shipping, and pretty cheap (usually $3.99) next-day shipping if you need it extra fast. If you are not an Amazon Prime member yet, you can sign up for a free trial of Amazon Prime. You'll get 30 days free (if you're a student, you get 6 months), and then it's $119/year (or $59/year for students). Prime members do get a whole lot more than just free shipping though, so be sure to check out the full benefits.

Advertisement
Buy the NETGEAR Orbi Home Mesh WiFi System
Trusted By Millions
Independent, Expert Android News You Can Trust, Since 2010
Publishing More Android Than Anyone Else
34
Today
80
This Week
80
This Month
3250
This Year
104729
All Time
Advertisement