Chrome OS is getting better organization for Linux and Android apps in the near future by way of an improvement to the Files app on Chromebooks. The improvement is coming via some changes to the app that Google is currently in the process of working on and eventually implementing so that it can push the changes out to users. The rework of sorts will see a new file tree show up in the app labeled as “my files,” under which users will be able to see Linux Files and Linux Drive under their own sub-menu that is separate from the Android apps.

Android apps will be listed under the new sub menu labeled as Play Files, which should make sense given that Android apps are being downloaded from the Play Store on Chrome OS. This new way of organizing and classifying which apps come from where should help users who utilize both types of apps on the platform get to things more easily. The My Files menu will also include a sub-menu for any downloads that make their way onto the storage drive, so everything will have its own location and be presented in a little bit of a neater package once these changes roll out to users.

As far as the overall look of the app the main design is staying the same so things will still look and feel familiar to anyone who has already worked with this app before. Essentially Google is just splitting things up to be under their own respective file locations, which are all collapsible so the app can look even more organized and clean. Though this is currently being worked on by Google what’s still not clear is when Google plans to push the changes to the app, it is suggested though that it could be included in the Chrome OS 69 build that is expected to be pushed out to Chromebook owners in September, which is just a few months away. 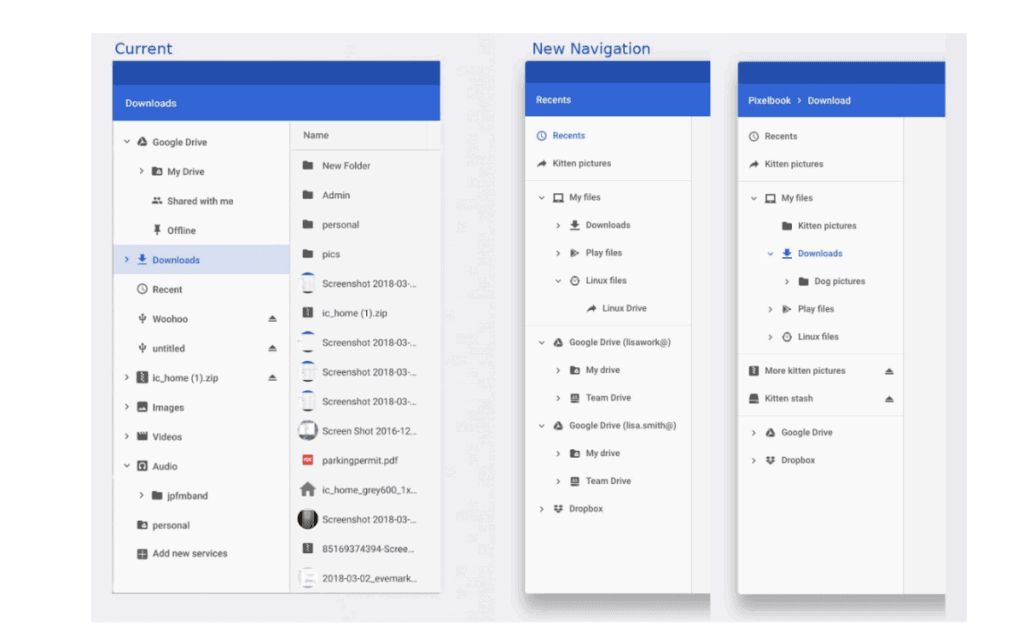