A new commit to the Chromium Gerrit seems to indicate that tablet mode-compatible touchscreen Chromebooks may soon have touch inputs that are much closer to Android OS. The commit, described as adding the ability to”use mobile-like flingging in tablet mode” was updated in the repository today under parent group 45a059d. As its description implies, it’s intended to enable Android OS-like screen flicks for touchscreen Chrome OS device that can be folded into a tablet. That would prove useful in making the experience smoother and more intuitive, as is the intention. However, it would also bring yet another level of consistency to the two Google-owned operating systems.

Looking past the obvious spelling error in the commit description, screen flicks are already possible in most applications and in the Chrome OS version of Google’s browser. So this change seems to be geared more towards the speed and flow of screen movement following one of those actions. Moreover, since this would be incorporated at a system level, it could also have an impact on the “curve” of swipes used in Android applications and games for Chrome OS. That would seem to lean the goal of this change much further toward the consistency side of things, as described above. That also makes sense given the number of updates recently brought to the OS with the goal of building up uniformity between the two operating system.

None of that means that this new optimization is necessarily going to start appearing on Chromebooks anytime soon, however. As of this writing, there are two significant conflicts with other code commits, marked on this change. Those include a conflict marked as “Move ChromeNetLog out of BrowserProcessImpl” and another marked as “Fix blocked debug URL.” Judging by the names of those and depending on how severe the conflict is, it could take some time for those to get worked out. What’s more, there’s a chance that other conflicts will arise moving forward. With any luck, those will get sorted quickly enough though and allow for the newly spotted commit to be given the go-ahead for implementation through a stable channel update to the OS itself. 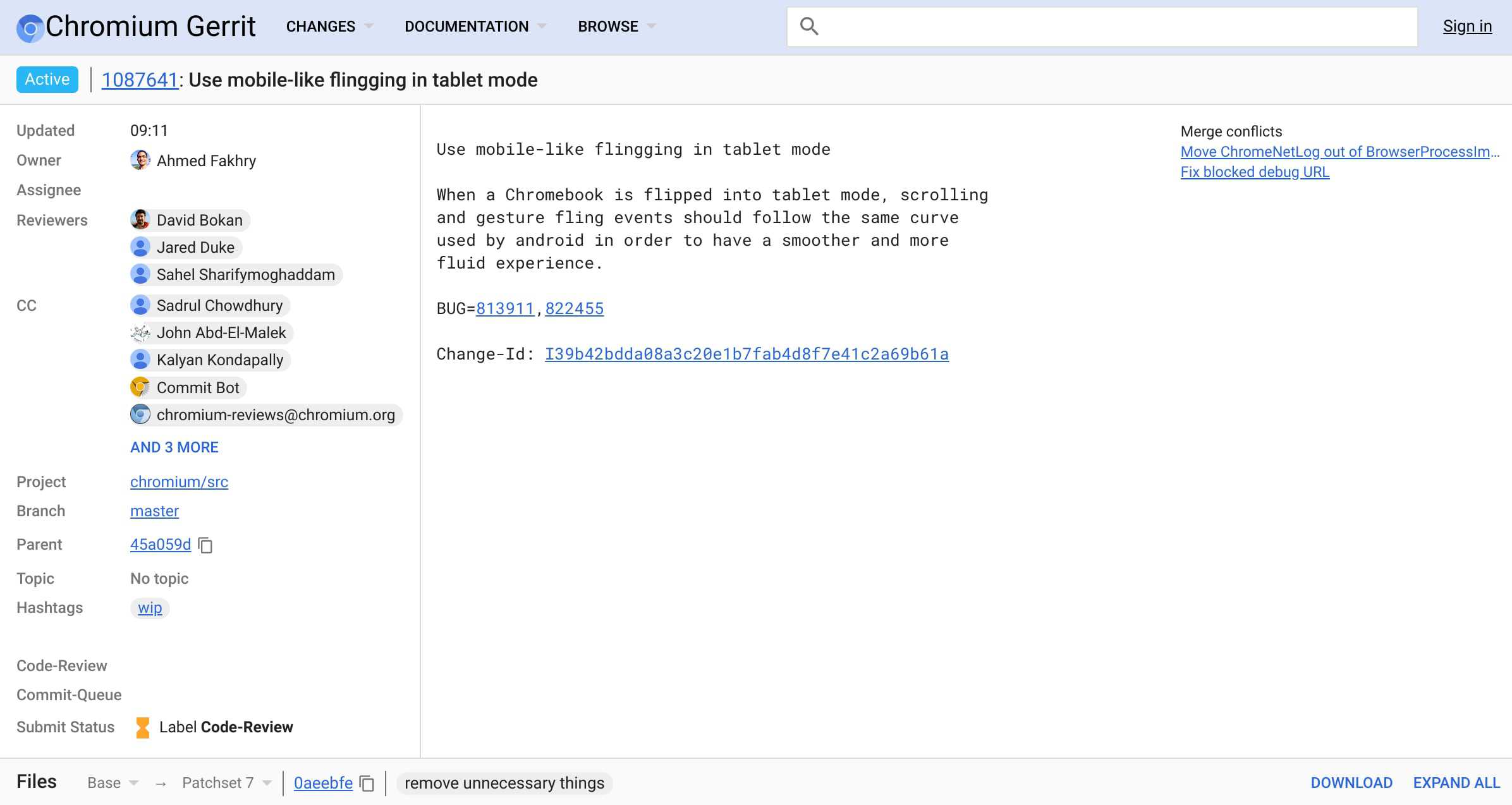