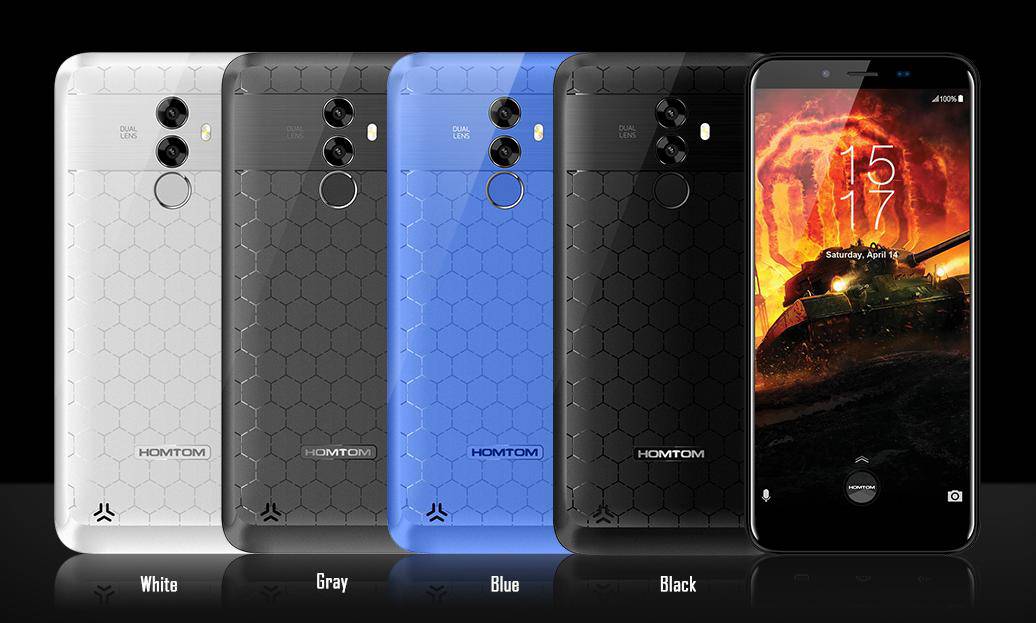 HOMTOM has just announced that its new HOMTOM S99 smartphone is available for purchase. The HOMTOM S99 is currently available from GearBest, and it is priced at $129.99, in case you're interested. This is a mid-range smartphone which sports a solid set of specs, and it also comes with a large battery on the inside, and that battery is one of the phone's main selling points.

The HOMTOM S99 is made out of metal, while it has a rather interesting pattern on the back, most of its back looks like a honeycomb was imprinted on it. The device sports a rear-facing fingerprint scanner, while a vertically-aligned dual camera setup is also a part of the package. The phone's bezels are not insanely thin, but they're not thick either, by any means. A loudspeaker is included on the bottom of the phone, while the company's branding sits on the back of the device. Now, in terms of its specs, it's first worth noting that the phone sports a 6,200mAh battery on the inside, and that battery is not removable. The HOMTOM S99 features a 5.5-inch HD+ (1440 x 720) IPS display, 4GB of RAM and 64GB of native storage. Android 8.0 Oreo comes pre-installed on this phone, while the phone ships with Bluetooth 4.0, and two SIM card slots. We're looking at a hybrid dual SIM setup here, as the phone does offer two nano SIM card slots, but you can use its second SIM card slots in order to expand the device's storage via a microSD card.