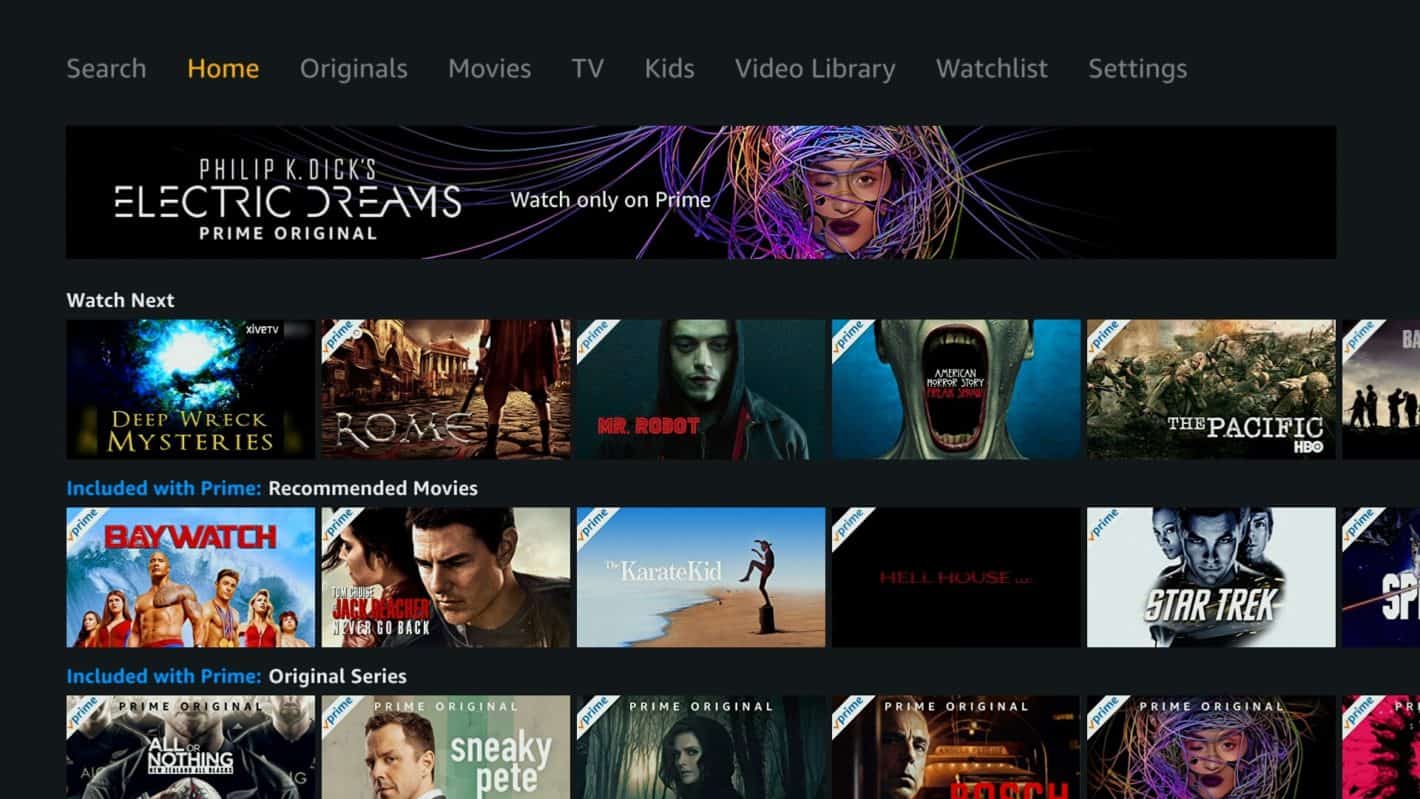 There are a number of contentious issues in the Android TV world, including the lack of available box-based devices, and the lack of frequent enough updates for existing devices. As well as the likes of Android 8.0 (Oreo) and its new design. However, one of the most persistent issues on Android TV has been the lack of a free-for-all Amazon Prime Video app. With Android TV being a TV-centric platform, it stands to reason people will want to be able to access all of the TV content they want, from all of the providers they want. In general, this is what is happening with most providers now offering either a dedicated Android TV app, Android TV access through a cable-affiliated app, or at the very least, the ability to cast content. With Amazon Prime membership being something that a significant number of US device owners have access to, you might expect Amazon to be totally accommodating in this respect and doing all it can to help its members access its video streaming-based service. After all, they are paying for the membership. That does not seem to be the case though with Amazon effectively blocking access to a number of its customers who also happen to be Android TV device owners.

What’s all the more interesting is this is not just a matter of Amazon having not developed an Android TV optimized app yet, as it has, and the app is already available on devices from specific makers. So the basics are all in place and there is nothing stopping Amazon making the app open to all of its customers who opt to use a product from a ‘competitor.’ Most media reports suggest this is part of an ongoing battle between Amazon and Google which has seen moves by both parties (Amazon removing some Google-branded products from its ecosystem and Google removing access to YouTube from Fire-branded products), and while that makes sense on the surface, it does not seem to be working. For example, back in December of last year, Amazon released its prime Video app to the Google Play Store which instantly led to the assumption by many the app was now (or about to become) widely available to all Android TV device owners. That evidently was not the case though as since the app listing went live it has remained inaccessible to all the devices from manufacturers that Amazon has reported not struck a deal with. So in effect, nothing has changed from when the listing went live, compared to before. The same devices are still supported, and that’s it. With the general understanding now that the pushing of the app to the Play Store was more of a means to facilitate app updates for existing devices. Of course, one of the extra added benefits of a Play Store listing is that it can provide some insight into how many people are using the app – the install rate. Which, at present shows the Android TV version of the Prime Video app having now been installed more than one million times.

Generally speaking, that is not a particularly huge number when it comes to app download figures. But in terms of Android TV, it is. For example, the Android TV Launcher app (the actual interface app considered to be installed on all Android TV devices) currently lists installs of over ten million. Yes, that number could in effect be much higher due to the wide milestones associated with Play Store listings, but the same goes for the one million for the Amazon Prime Video app – that also could be much higher. So while those number are somewhat negotiable, they are still related and show that the number of devices with the Prime Video app installed is fairly large compared to the overall number of Android TV devices. Something that is even more apparent when you take into consideration the app is only available to select devices. So if Amazon’s goal was to not enable Android TV devices with its Prime Video access, it’s not working. What’s more, there is nothing stopping those with a non-compatible device owners from sideloading the app in the first place. This is something a number of users have already done, on multiple devices, and generally note how the app works pretty well. So even those devices that Amazon seems to be purposely blocking, are still gaining access to the service. Therefore, it’s becoming a bit ridiculous now that Amazon still prohibits access to its app in general. Enough people are using the app already and those who are not, are still customers of Amazon and deserve the option to be able to consume what they pay for, on the device they choose. Likewise, Amazon’s own ecosystem seems to be doing well enough these days and the company only just recently launched a brand new Fire TV Cube device, providing cord cutters with another option. So it’s time now that Amazon just flipped the switch and made the already developed, and already listed on the Play Store, Prime Video app available to all Android TV users.