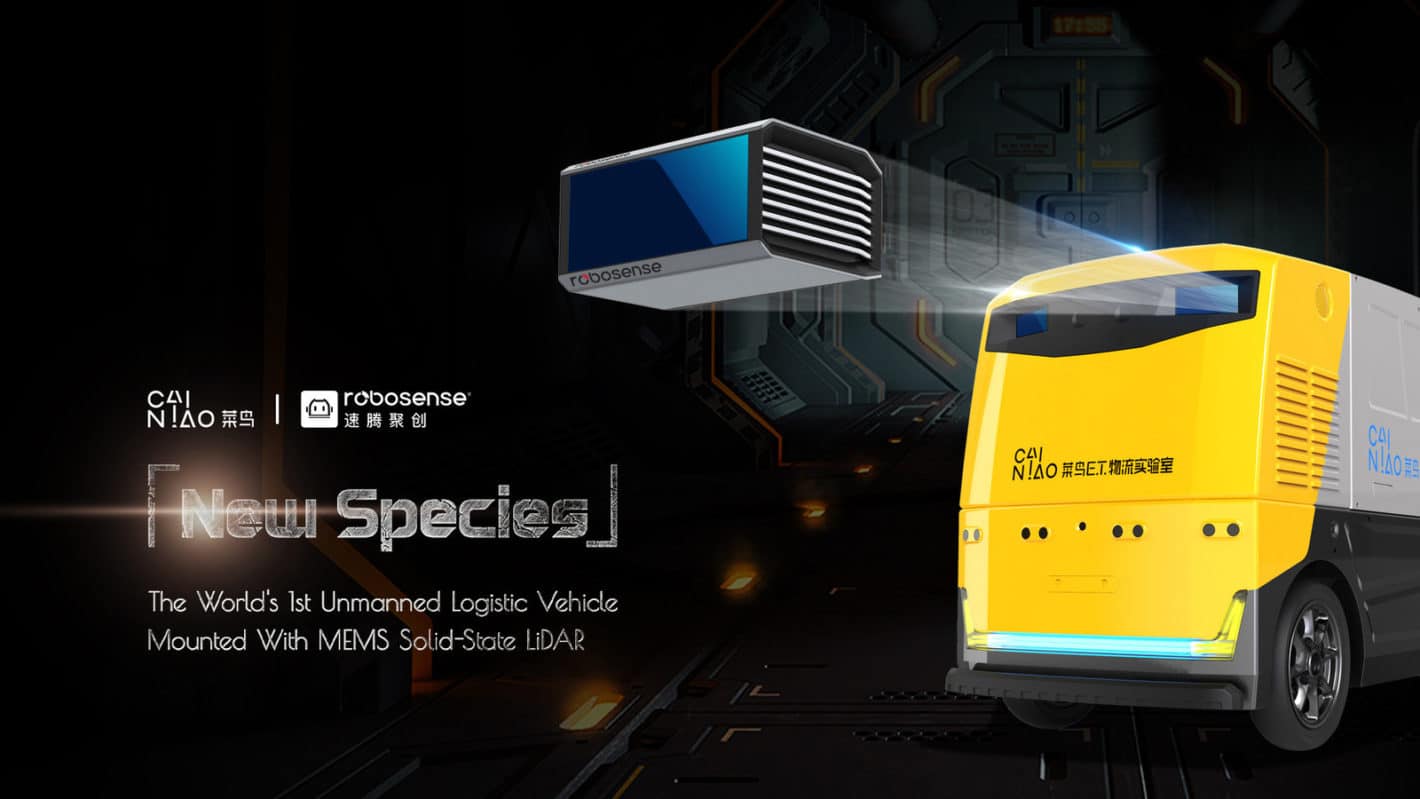 Alibaba Group-owned Cainiao Network and RoboSense took to Alibaba’s Cainiao Network 2018 Global Smart Logistics Summit on Thursday to announce a new autonomous vehicle platform designed for logistics tasks called “G Plus.” Rather than depending on a driver, the companies say that the G Plus also represents the world’s first driverless platform to utilize solid-state LiDAR technology. More directly, that’s RoboSense’s RS-LiDAR-M1Pre. With production expected to start at some point this year, the pair hopes to use the platform in delivery cars and trucks to reduce the costs associated with shipping. It could also be a serious convenience bolster to customers. That’s because although average speeds are reportedly limited to between 6 and 10 miles per hour, robotic logistics vehicles wouldn’t necessarily need to take breaks. Mass production also means that multiple G Plus bots could service a single area. Since the tech is said to rely on facial-recognition before final delivery of packages and other goods, it would also be relatively secure.

As to the technology itself, the G Plus platform sports no fewer than three of the above-mentioned RS-LiDAR-M1Pre LiDAR devices. Those are the same MEMS solid-state LiDAR shown off by RoboSense at CES 2018 back in January. The big differentiator between those and more traditional LiDAR is that RoboSense’s setup only requires a few laser emitters and receivers while traditional LiDAR requires hundreds. For G Plus, two of those devices are set at the front of the vehicle and a single sensor is placed at the back. Those give the vehicle a full 3D view of its direction of travel and the travel of objects, people, and other vehicles in its vicinity. Given the right programming, that should equate to the Cainiao G Plus being able to move efficiently and safely in most complex road or travel environments.

Having said all of that, it remains to be seen whether or not the two companies can actually succeed in this endeavor. As appealing as package delivery robots may seem, real-world implementation has proven much more difficult. In fact, some of those implementations have resulted in violence against the robots themselves for a huge variety of reasons. That’s something Alibaba Group and RoboSense are obviously going to need to overcome if they hope to actually deliver packages to customers.