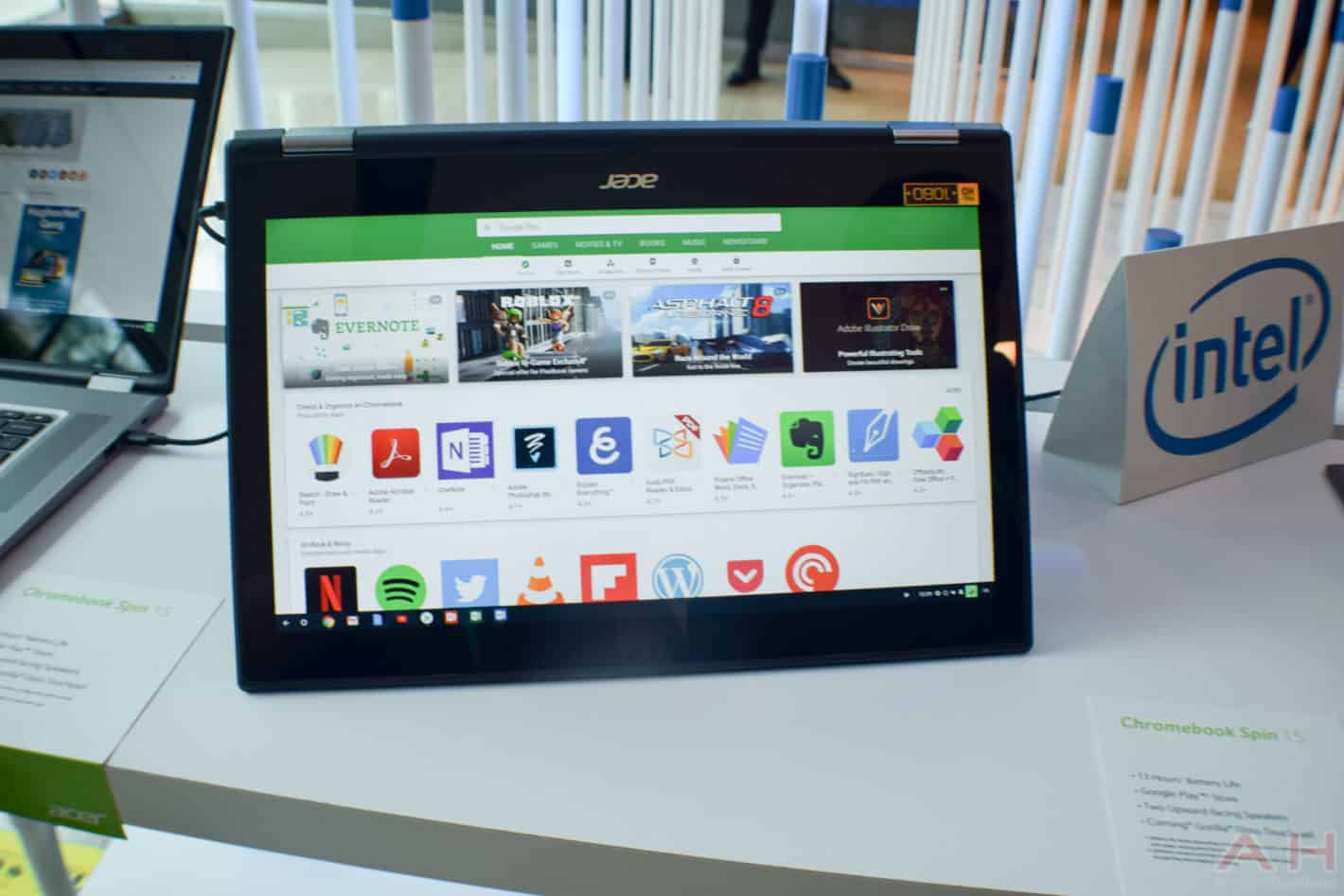 Acer's Chromebook Spin 15, which it showed off at its "[email protected]" event last month in New York City, is now available for purchase. The Chromebook Spin 15 is priced at $449. Currently there is only one variant available, but that should change in the coming months, as Acer does typically release a few variants of each Chromebook, with different RAM and storage sizes as well as different processors (in some cases). But this model here sports an Intel Pentium N4200 processor which is a quad-core chipset clocked at 1.10GHz. It also sports 4GB of LPDDR4 RAM, 64GB of SSD storage, and there is a 15.6-inch 1920×1080 resolution touch screen.

This Chromebook from Acer is actually a "portable" Chromebook, which is a bit weird since it is a 15.6-inch Chromebook and relatively heavy, but it is still portable. It has dual speakers on either side of the keyboard – which has become rather popular for Acer on its 15.6-inch laptops and Chromebooks. That's going to make this a great Chromebook for consuming media. It also has a touch screen, which means you can use this as a tablet, or even put it in tent mode when you're on the go. This makes it pretty useful for traveling, especially with the pretty long battery life here, around 10 hours or more. Which is actually normal for a Chromebook and that's because it's not running as many things behind the scenes as a Windows or Mac would be, which means it doesn't need to work as hard. And finally, this Chromebook does also run the Google Play Store, so you can use your favorite Android apps here.

The Acer Chromebook Spin 15 is available now from Acer's website for $449. Now that may seem pricey for a Chromebook these days, but this is an aluminum Chromebook with some pretty good specs as well. And for under $500, it's a pretty decent price. There is also a warranty included here, so should anything go wrong, you'll be covered.

Advertisement
Buy the Acer Chromebook Spin 15 (CP315-1H-P1K8)
Advertisement
Trusted By Millions
Independent, Expert Android News You Can Trust, Since 2010
Publishing More Android Than Anyone Else
25
Today
144
This Week
399
This Month
5143
This Year
106618
All Time
Advertisement