First Grader Sarah Gomez-Lane of Virginia has been selected as the tenth winner among five finalists in Google’s annual “Google 4 Doodle” competition, thanks to her dinosaur and paleontology-focused entry. The theme for this year’s contest required students to draw their inspiration. That means Gomez-Lane will have the opportunity to collaborate with Google’s Doodle team on a variation of the design for use in place of the company’s usual search page logo. The collaboration will take place over part of the summer and will result in a featured logo that is fully animated, breathing life into the artwork created by the student. This will be the first year to feature animation in the final Doodle and will be showcased some point later in the year. Moreover, the winner will be awarded $30,000 in college scholarship funding in addition to the $50,000 technology fund to be granted to her school.

In addition to earning herself a once-in-a-lifetime opportunity, Gomez-Lane and other finalists were also awarded the latest of Google’s top-of-the-line Chromebooks. As one of just a few Chromebooks compatible with a pressure sensitive stylus for drawing and writing, the Pixelbook Chromebook is a fitting prize for the company to parcel out with the competition. However, the other four finalists in the contest will also be awarded a $5,000 college scholarship and were able to meet with the Google Doodle team during their expenses-paid trip to Google’s Mountain View Googleplex. Of course, the search giant also reached out to thank all of the participants who posted entries in the challenge and to encourage them to “keep on dreaming.”

For Sarah Gomez-Lane’s part, the first grader has reportedly said that she was “surprised” to have won the contest and that those taking part in future competitions put their focus on making the process fun. In the meantime, the next annual Doodle 4 Google is still several months away. The competition is ordinarily begun toward the beginning of the year, usually within the first three months and then running for approximately a month on average. That means there should be plenty of time for those who want to participate in the future to brush up on their art skills. 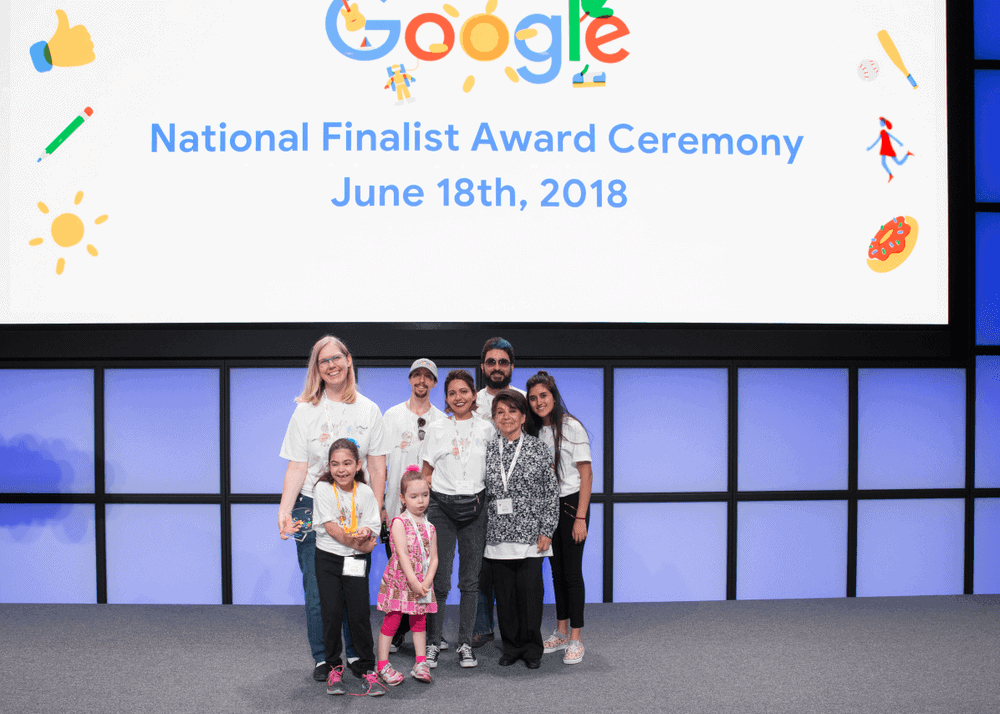