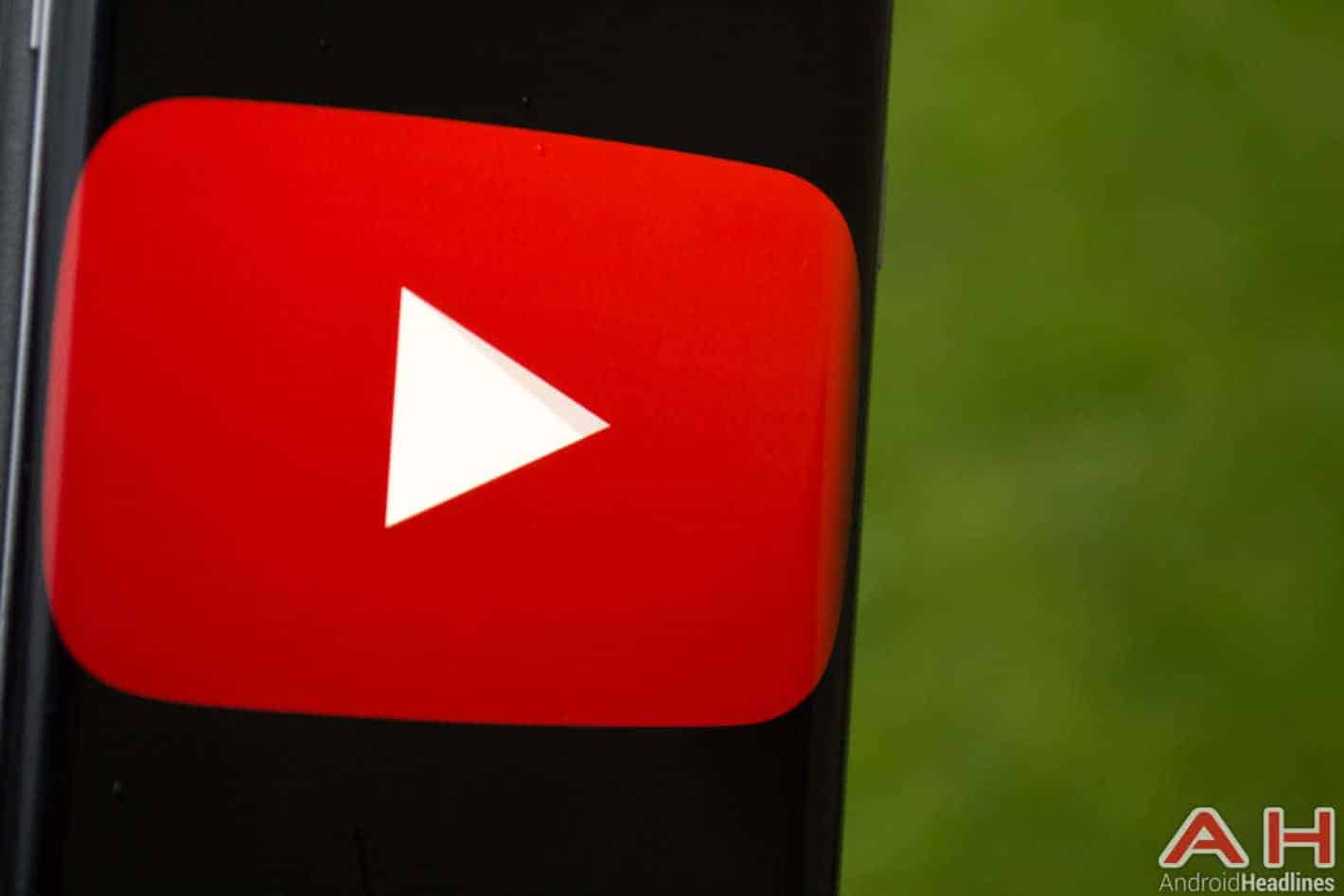 YouTube for Android may be getting an Incognito Mode at some point, though it’s not clear when that will be or where it will first roll out officially. Right now YouTube is apparently testing a proper Incognito Mode option within the app that lets you essentially prevent YouTube from storing your search and watch history of videos. Once enabled the app views as if you were signed out and in addition to the search and watch history being essentially invisible, you won’t be able to see any of the channels you’re subscribed to and you’ll have a clean slate of videos to watch.

Since this is only in testing not all users of the Android app are going to see this option available, but if it is there it’ll be under the main profile menu. Tapping your account profile picture will take you to the page where the option should be visible if your account is part of the test, and will be listed under the option for switching accounts and signing out, which will also be a merged option going forward. Much like with Chrome or any other apps and services where Google offers an Incognito Mode, when watching videos in incognito in YouTube you’ll see the familiar incognito icon for your profile picture just in case you forget that you’re watching privately.

Once you enter incognito you’ll be greeted with a somewhat lengthy message telling you that you’ve gone incognito, and you’ll have an easy way to exit it from the subscriptions tab, which will state that your subscriptions are hidden in this mode and have an available button to exit back to standard viewing just below that message. Though there’s no guarantee that this will officially roll out as an added feature for everyone, there’s a good chance it will as it would make sense to offer this option to users. 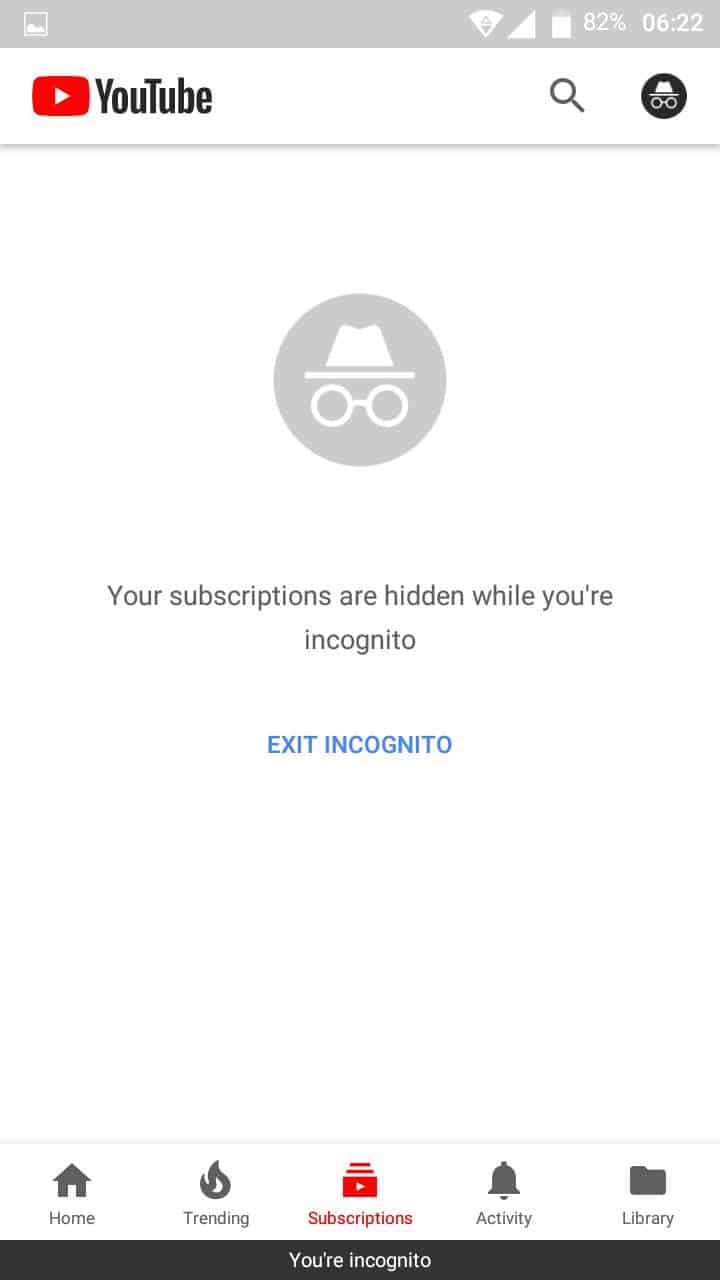 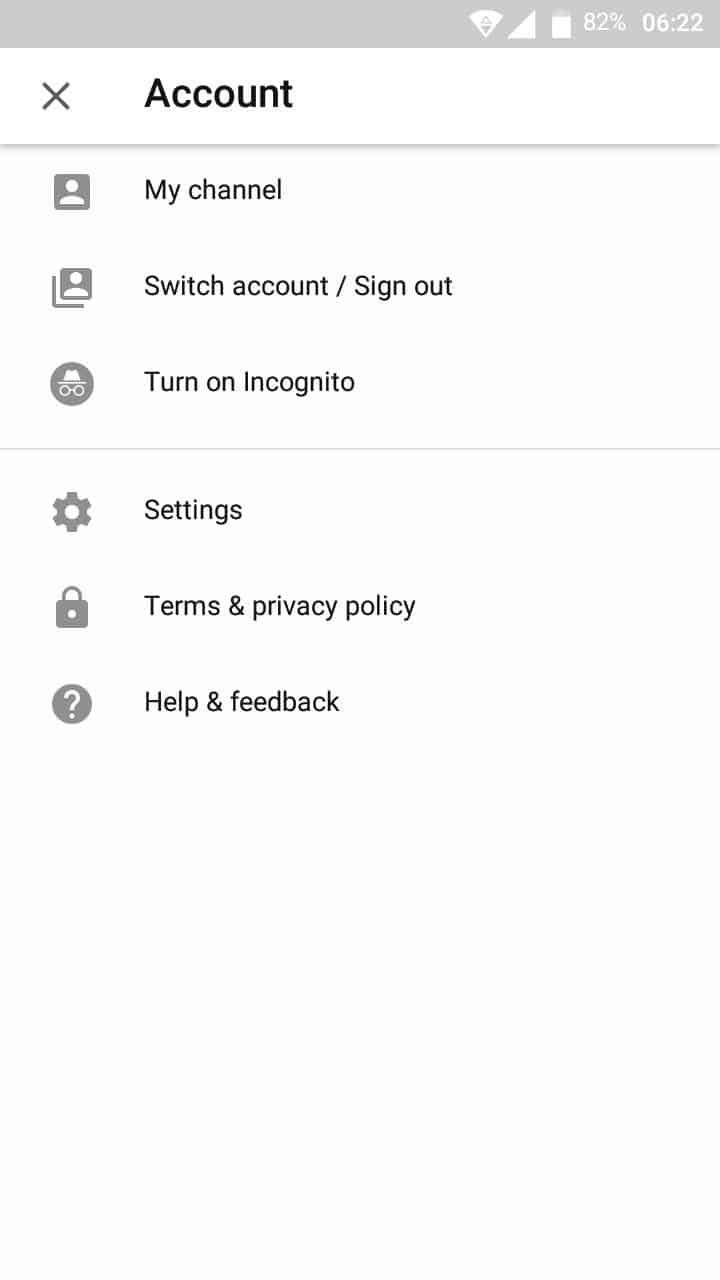 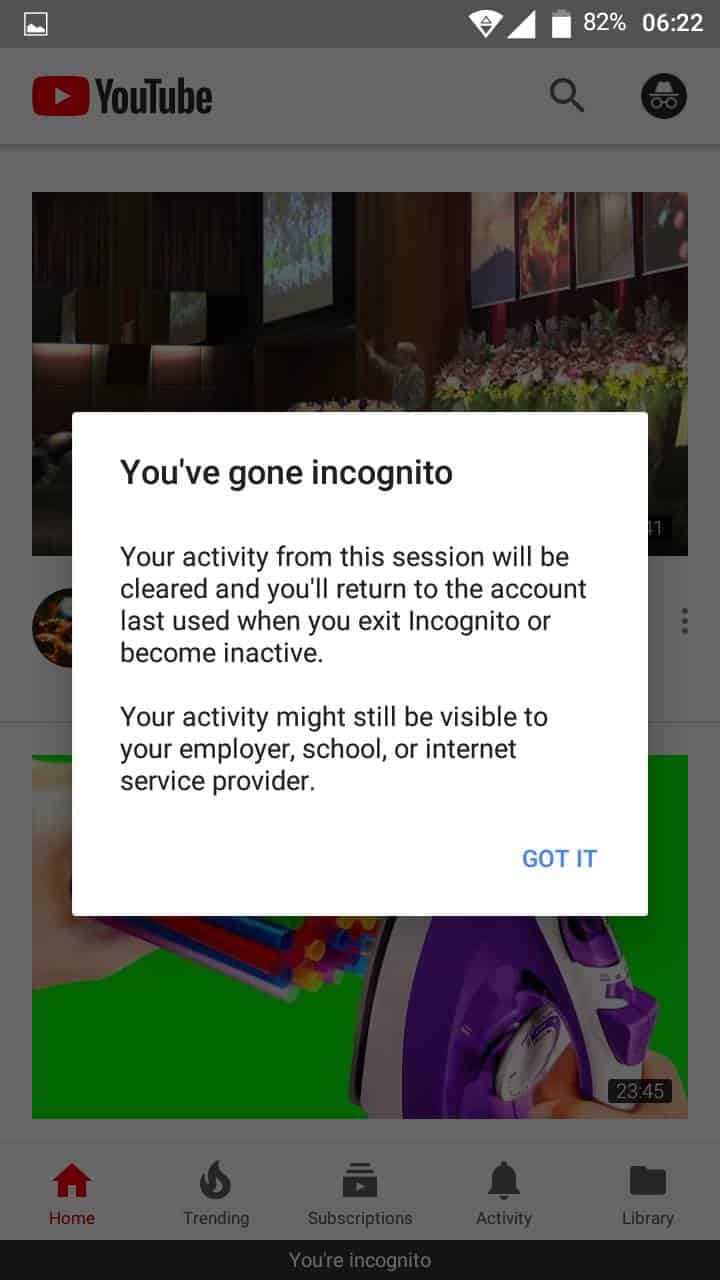