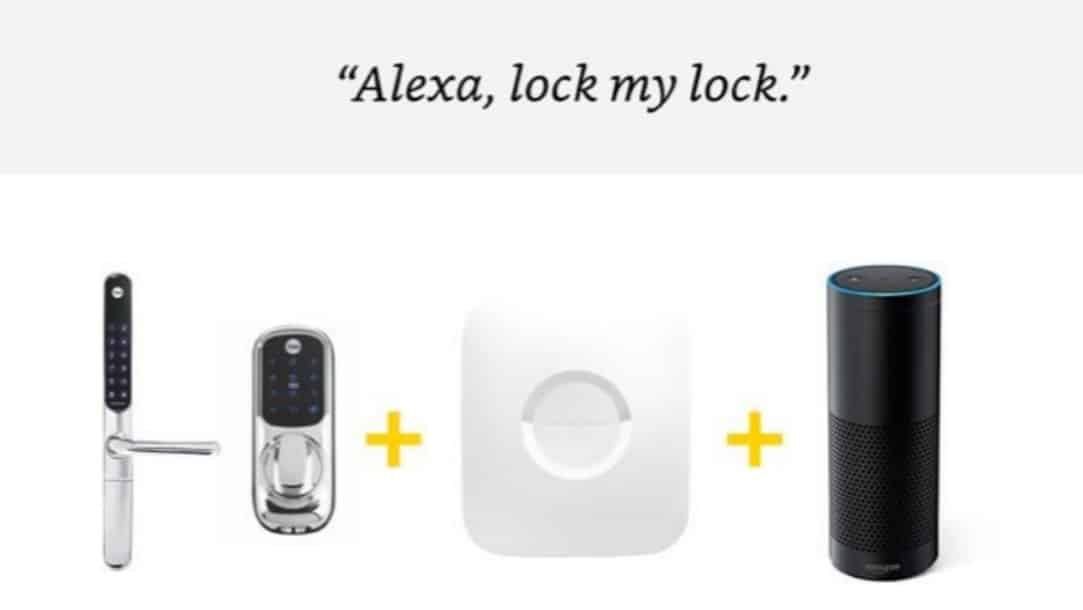 Assa Abloy-owned lock manufacturer Yale has now announced support for Amazon’s Alexa via Samsung’s SmartThings platform. Those who own one of Yale’s Keyfree or Keyless Smart Door Locks will now be able to both check the lock’s status and lock the door from anywhere. That includes voice controls as well, giving users the ability to simply ask Alexa “is my lock locked?” or tell the A.I. assistant to “lock my lock.” With that said, there is a pretty substantial caveat and users won’t be able to unlock their door using voice commands. The company says that’s due to security concerns associated with the technology and intended to keep their home safe. Implementing voice unlocking controls simply adds one more item to the list of ways a prospective criminal could gain entry.

Getting the caveat cleared away, the main drawback comes down to the use of Samsung’s SmartThings platform. In short, users will need both the Samsung SmartThings Hub and app, an Amazon Alexa-enabled device, and a Yale Smart Door Lock with a Z-Wave module fitted in order to take advantage of the new feature. That’s actually not that unusual. In fact, the additional smart hub requirement has become fairly common in the IoT industry as companies look to bring smart features to their existing products. That’s a matter of adding support for semi-smart products, as opposed to an issue of which smart assistant the manufacturer has chosen to incorporate. Happily enough, Samsung’s SmartThings platform and related Hubs are relatively popular. So picking one up brings a ton of other options for improving the modern smart home on top of new lock functionality.

Aside from the general announcement of Alexa support, Yale’s Marketing Manager for Yale Smart Living, Stephen Roberts, also indicated that this inclusion is really just the starting point. Roberts says the company is looking forward to working further with both Amazon and Samsung on future projects. If that statement bears out to reality, that means future iterations of Yale’s locks may not require quite so many additional items to function. More directly, a deeper and ongoing partnership could instead see Yale locks shipping with the required technology already built-in.