It seems like Xiaomi is planning to release quite a few smartphones this year, as a number of them just surfaced online. Names for a bunch of released and unreleased Xiaomi-branded devices have just surfaced on the Eurasian Economic Commission’s website. As far as an already-released devices are concerned, the Mi MIX 2S and Redmi S2 are mentioned, but all of you are probably more interested in a list of unreleased phones.

The Xiaomi Mi 7 Lite, Mi S1, Mi S2, Mi S3, Redmi S1, Redmi S3, Mi MIX 3S, Redmi A1, Redmi A2, Redmi Note 6, Redmi Note 6S, Redmi Note 6S Prime, Redmi Note 6 Prime, Redmi 6 Plus, and the Redmi 6A Plus are also mentioned on the website. This listing was filed on May 11, so quite recently, though the list is valid until December 2023, so it’s quite possible that we may not see all of these devices launched by the end of 2018. As you can see, there are a ton of phones listed here, including a light version of the Mi 7, which will probably arrive with less RAM, and a whole new “Mi S” series of devices, which we do not know anything about thus far. The Redmi S2 and S3 are planned as well, it seems, while the S2 was announced quite recently. Both the Redmi S1 and S3 will be budget phones, and based on their names, the Redmi S3 will probably be more powerful than the Redmi S1 and S2, and the most expensive out of the bunch as well.

Interestingly enough, the Xiaomi Mi MIX 3S is mentioned in the list, while there’s no mention of the Mi MIX 3, could that indicate that Xiaomi will skip the Mi MIX 3 altogether? Well, that’s not as likely, but who knows. The Redmi Note 6 and its sub-variants are also mentioned, as expected, while it seems like Xiaomi is also planning to announce Redmi A1 and S2 handsets, which we do not know anything about at this point. The Xiaomi Mi 7 is not mentioned on the list, but the phone will probably be announced in the coming weeks, the device is actually rumored to arrive before the end of this month, along with the Mi Band 3 fitness tracker, and the company’s 8th anniversary smartphone, which is also a big mystery at the moment. 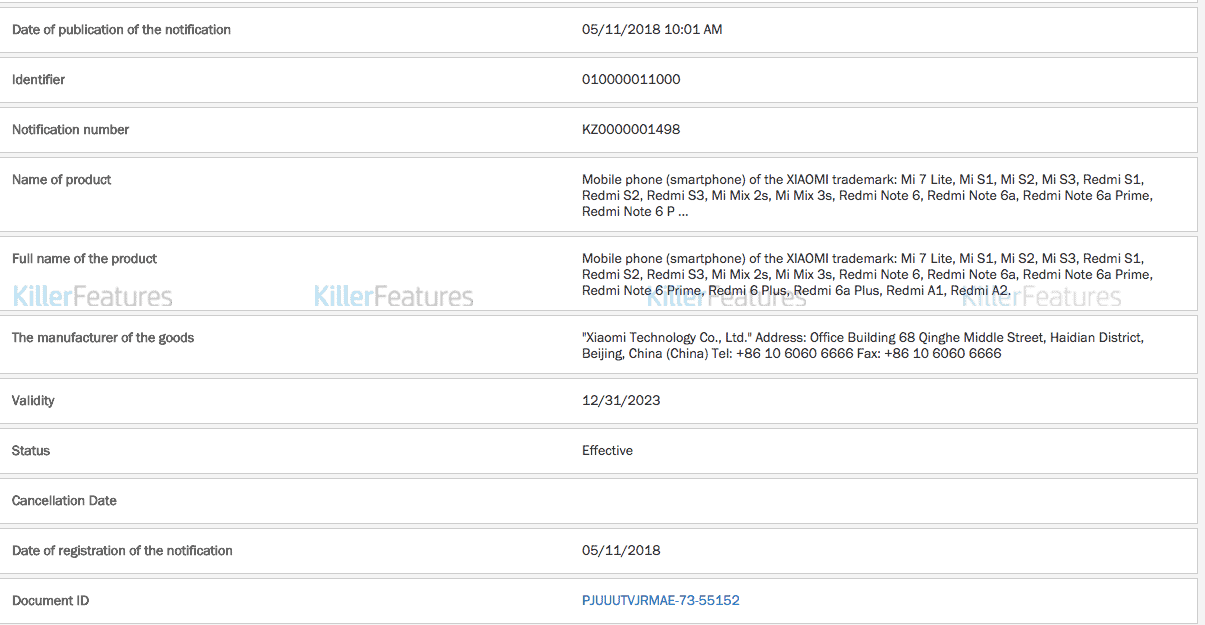