Skip to content
Advertisement
Trusted By Millions
Independent, Expert Android News You Can Trust, Since 2010
Publishing More Android Than Anyone Else
14
Today
126
This Week
309
This Month
2969
This Year
113032
All Time
Advertisement Xiaomi took to Chinese social media platform Weibo earlier today to share a new teaser for its Mi 8 Android flagship, with the poster that can be seen below confirming the smartphone will be officially announced in six days and mentioning a new unlocking mechanism that’s part of the upcoming mobile package. Reports about the Beijing-based company working on integrating an Apple iPhone X-like 3D camera into its high-end device have been circulating the industry since late 2017, with that possibility now being given more credence following Xiaomi’s new teaser.

The handset in question has already been leaked on several occasions, with all of its alleged sightings pointing to the presence of a display notch that’s much wider than the cutouts found on other similar Android devices released in recent months. The size of the Mi 8’s notch appears to be comparable to that found on the iPhone X which sports a front-facing 3D camera capable of sensing depth and hence allowing for much more accurate — i.e. secure — and faster facial recognition. All of the notch-equipped Android handsets that hit the market so far feature much smaller cutouts which only have to accommodate conventional selfie cameras, earpieces, and ambient light sensors instead of such robust hardware that’s essentially a portable version of Microsoft’s Kinect.

While even a notch that lacks a 3D camera has its benefits, with manufacturers like ASUS, OnePlus, and LG opting for commercializing such designs in order to maximize screen real estate without increasing the physical footprint of their products, the cutout found on the iPhone X hasn’t been as polarizing among consumer as those in the Android ecosystem precisely due to the added depth-sensing functionalities it offers. Xiaomi‘s next flagship is scheduled to be officially announced on Thursday, May 31, with the company reportedly planning to advertise it as the “Mi 8 Anniversary Edition” instead of “Mi 7” so as to commemorate its ninth year in business which it entered early last month. 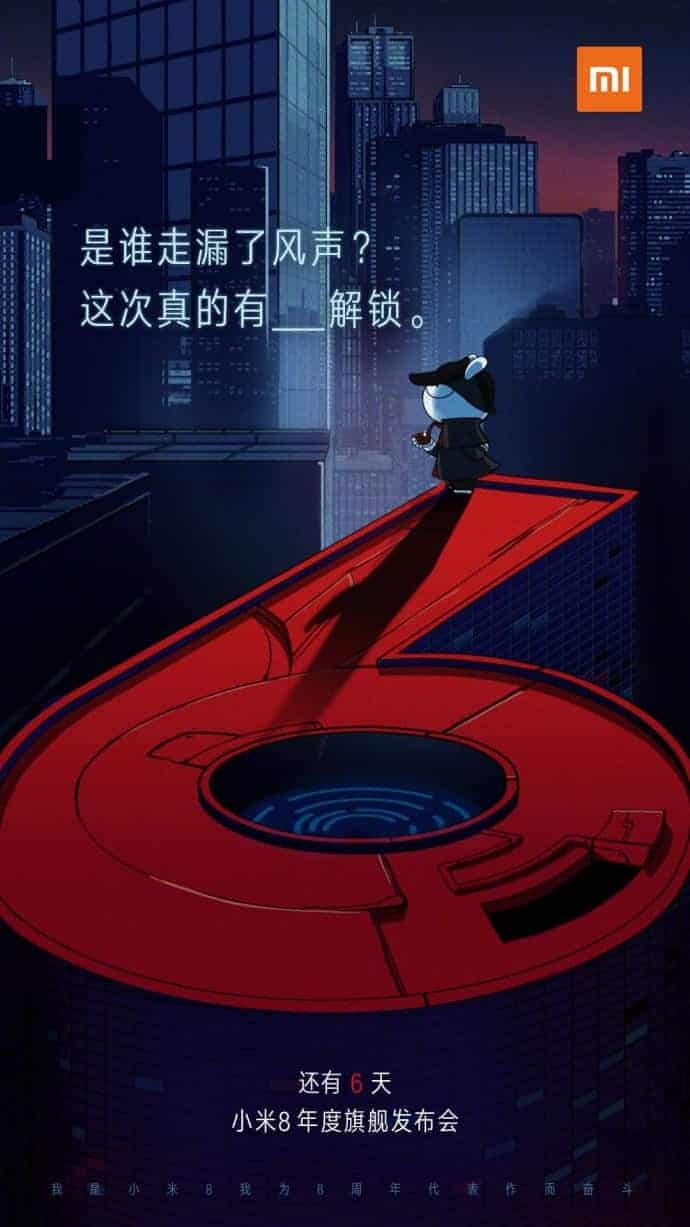