Xiaomi had announced a couple of days ago, via a poster, that the Mi 8 flagship will launch on May 31, and it seems like that poster was hiding more info that originally thought. Now, if you take a look at the provided image down below, you will notice that three rectangles have been marked with red circles, well, if reports are to be believed, this indicates that we will see three smartphones launched on May 31, which may seem a bit much, even for Xiaomi, along with all the other announcements that are rumored to drop. The green circle in the image marks a wireless charging pad, while the black circle is reportedly indicating the arrival of the Mi Band 3 fitness tracker which will almost certainly land on May 31. That’s not all though, there’s a circuit board in the number 8, which could indicate that the Surge S2 SoC is coming, Xiaomi’s second-gen mobile processor.

This is plenty of assuming on the source’s part, but it makes sense to some degree, as Xiaomi’s teaser image for the Mi 8 event is filled with content. The company is obviously hyping up the Mi 8’s announcement, but its CEO, Lei Jun, already confirmed that we will see several products launched during that event, so it will be interesting to see what is Xiaomi preparing for us. The Xiaomi Mi 8 had surfaced a number of times thus far, and if those rumors are to be believed, the phone will ship with 3D facial scanning, similar to the on the iPhone X, while it will also ship with a glass back and wireless charging. A display notch will be included as well, mainly because 3D facial scanning, and the phone will be fueled by the Snapdragon 845. The Mi 8 specs leaked yesterday and suggested that the device will sport a 6.2-inch display, if there’s any truth to that, chances are that the company will introduce two variants of the device, as a smaller display will be utilized almost certainly, the Mi MIX 2S sports a 5.99-inch panel, and Xiaomi will be looking to include a smaller display in the Mi 8.

The Xiaomi Mi Band 3 was already teased by the company via an official image, and if the recently-leaked manual is to be believed, that fitness tracker will support gestures, and it will ship with a touchscreen. The Surge S2 is expected to be a mid-range processor, while the company already confirmed that MIUI 10 is coming as well. 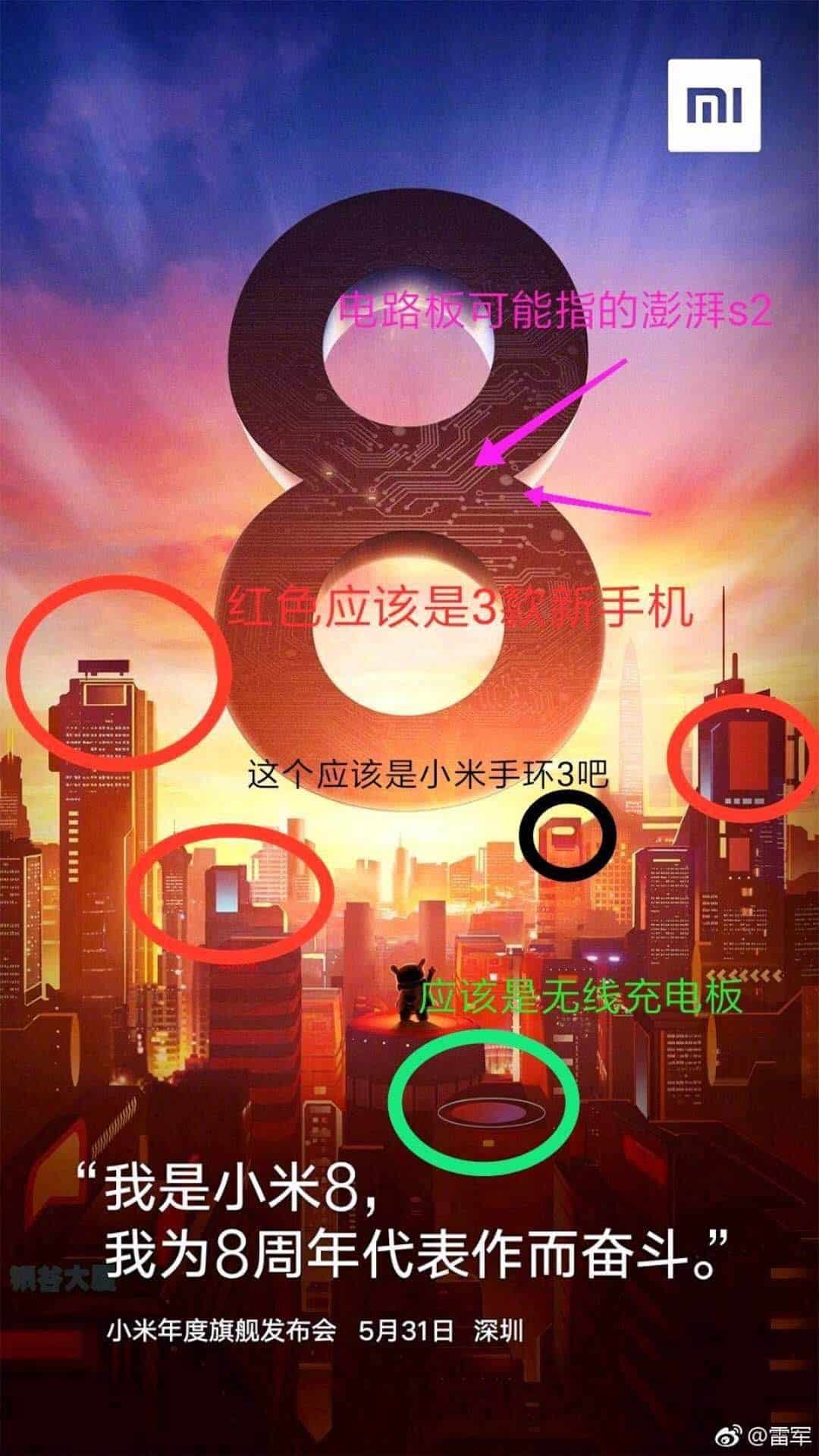 Advertisement
Trusted By Millions
Independent, Expert Android News You Can Trust, Since 2010
Publishing More Android Than Anyone Else
16
Today
154
This Week
528
This Month.
528
This Year
110696
All Time
Advertisement