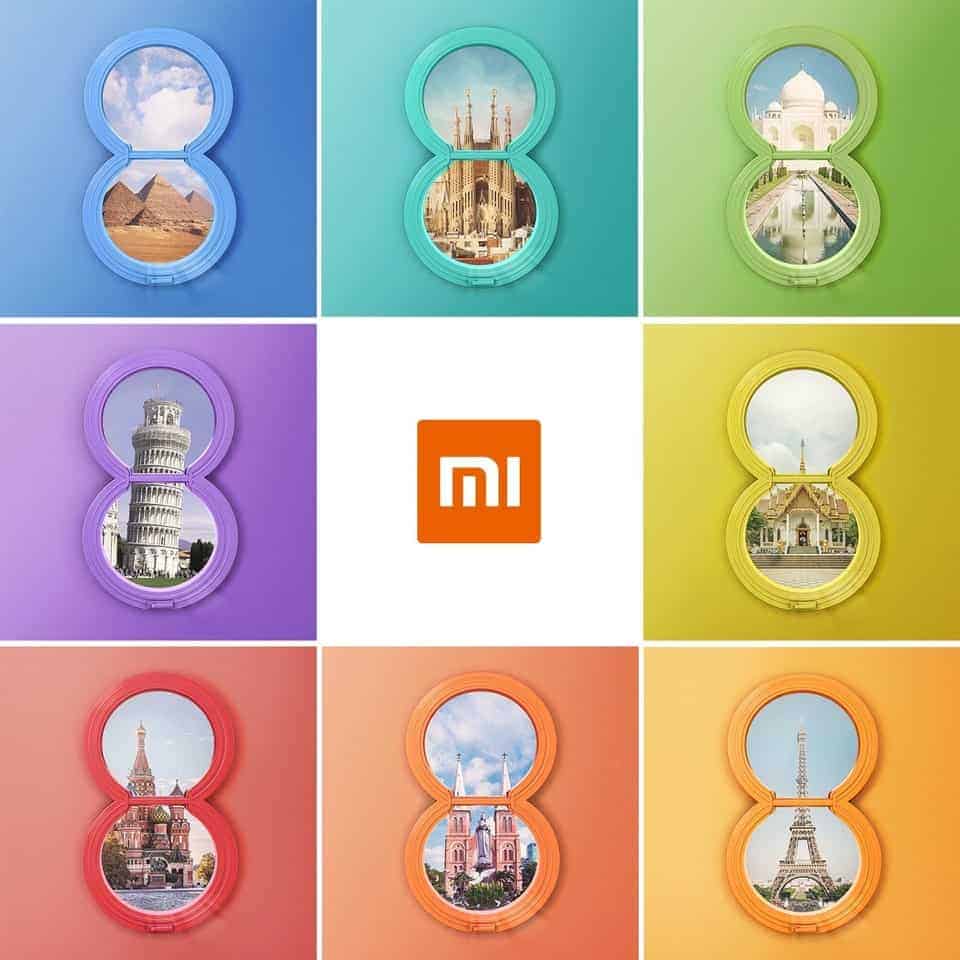 According to the newly-leaked poster, Xiaomi has an aggressive Mi 8 launch strategy in mind. According to the poster, the Xiaomi Mi 8 will arrive in eight additional countries, in addition to China, soon after its initial launch in Xiaomi's homeland. The provided poster hints that the phone will launch in Egypt, France, India, Italy, Russia, Spain, Thailand, and Vietnam. The Xiaomi Mi 8 will be announced in China on May 31, Xiaomi confirmed recently, and it will become the company's all-new flagship.

The Xiaomi Mi 8 had surfaced a number of times thus far, and all of those leaks are suggesting that it will be made out of metal and glass, and that it will have a rather wide notch at the top of its display, which suggests 3D facial scanning is coming. The phone will also support wireless charging, just like the Mi MIX 2S, while the Snapdragon 845 64-bit octa-core processor will fuel the device. The Mi 8 is expected to arrive in several variants, it will probably be available in both 6GB and 8GB RAM flavors, while the device will sport a rather thin "chin" below its display. Android Oreo will come pre-installed on the phone, along with Xiaomi's custom UI; and considering that MIUI 10 is launching on May 31 as well, chances are that it will come pre-installed on the Mi 8. Along with the Mi 8, Xiaomi is rumored to launch the Mi 8 SE, while the company already confirmed that both the Mi Band 3 and MIUI 10 are coming as well.

The Xiaomi Mi 8 is expected to be smaller than the Mi MIX 2S, though we still do not know how large will its display be, even though two size variants are rumored. The Xiaomi Mi 8 will be a direct successor to the Mi 6 which was announced last year, as the company decided to skip the Mi 7 branding altogether, as the Mi 8 is a considerable upgrade over the Mi 6, at least that's what Xiaomi said was the reason. The device will probably become available in China soon after it launches, while it will probably arrive in all the other markets that are mentioned in the provided image soon after that, though no specific info was shared.