Xiaomi had recently announced that the Xiaomi Mi 8 will launch on May 31, instead of the Mi 7, and the company has just explained that decision. The company has, on its official Weibo (Chinese social network), published a new image containing a huge number “7”, but below it mentions the Mi 8. In the caption for that poster, Xiaomi did say that the upcoming flagship is a huge improvement over the Mi 6, which is why the company decided to skip the number 7 and jump straight to 8.

Now, the Xiaomi Mi 8 is now also known as the company’s 8th anniversary smartphone, so in addition to the reason the company shared, it is possible that Xiaomi wanted to name the phone Mi 8 for practical and symbolic reasons, Mi 8 for the company’s 8th anniversary. In any case, the Xiaomi Mi 8 will be announced on May 31, as already mentioned, but that’s not the only device that the company will announce at the event. Xiaomi’s CEO, Lei Jun, confirmed that the company will introduce several products on May 31, and we’re guessing that the Mi Band 3 fitness tracker will be one of them. Xiaomi already teased the Mi Band 3 fitness tracker, and the device leaked several times thus far, so the May 31 event seems like a perfect time for Xiaomi to announce the device. Xiaomi had confirmed yesterday that MIUI 10 will also make an appearance at that event, and it’s quite possible that the Xiaomi Mi 8 will ship with MIUI 10 out of the box.

The Xiaomi Mi 8 will probably be made out of metal and glass, though a ceramic variant is also a possibility. The device will be fueled by the Snapdragon 845 64-bit octa-core processor, while it will ship with at least 6GB of RAM on the inside. The phone will sport wireless charging, and a 3D facial scanning, similar to the one utilized in the iPhone X. The device will sport a rather wide notch in order to accommodate all the sensors needed for 3D face scanning, and it is even possible that the company will opt to release two sizes of the Mi 8. The Xiaomi Mi 8 front panel surfaced in two sizes, while some leaked spec sheets suggested that we’ll see more than one screen size when it comes to the Mi 8, which suggests two size variants are coming. 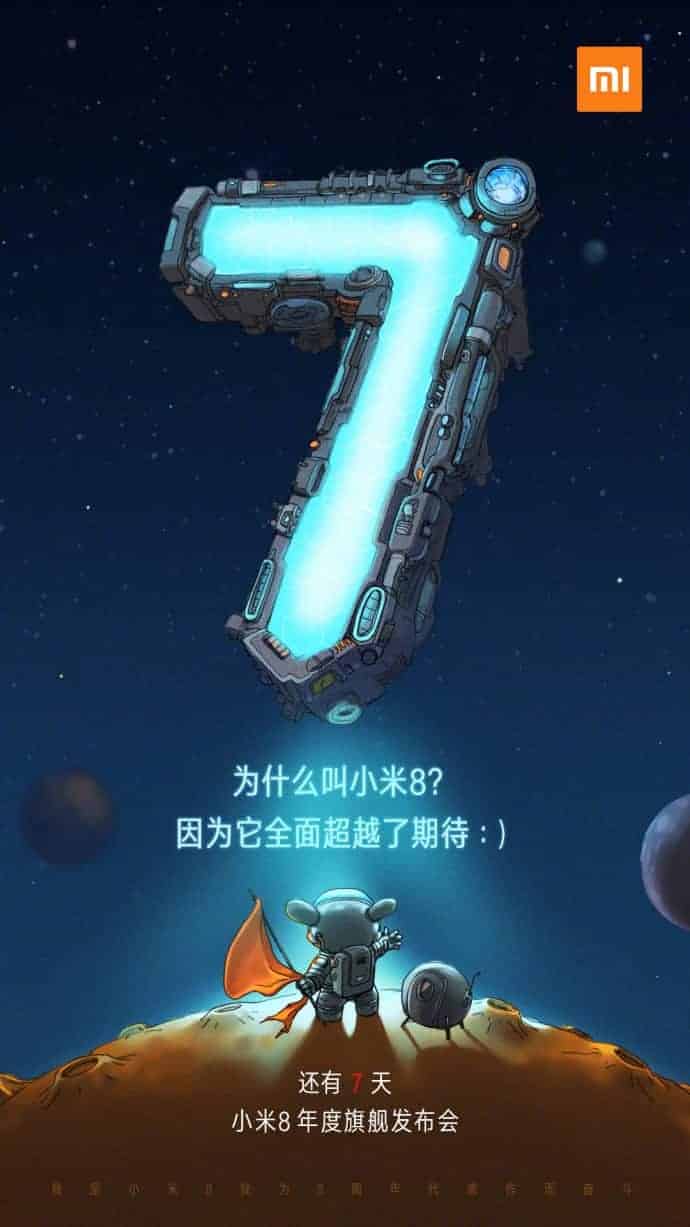