Skip to content
Advertisement
Trusted By Millions
Independent, Expert Android News You Can Trust, Since 2010
Publishing More Android Than Anyone Else
7
Today
48
This Week
48
This Month
6802
This Year
124320
All Time
Advertisement 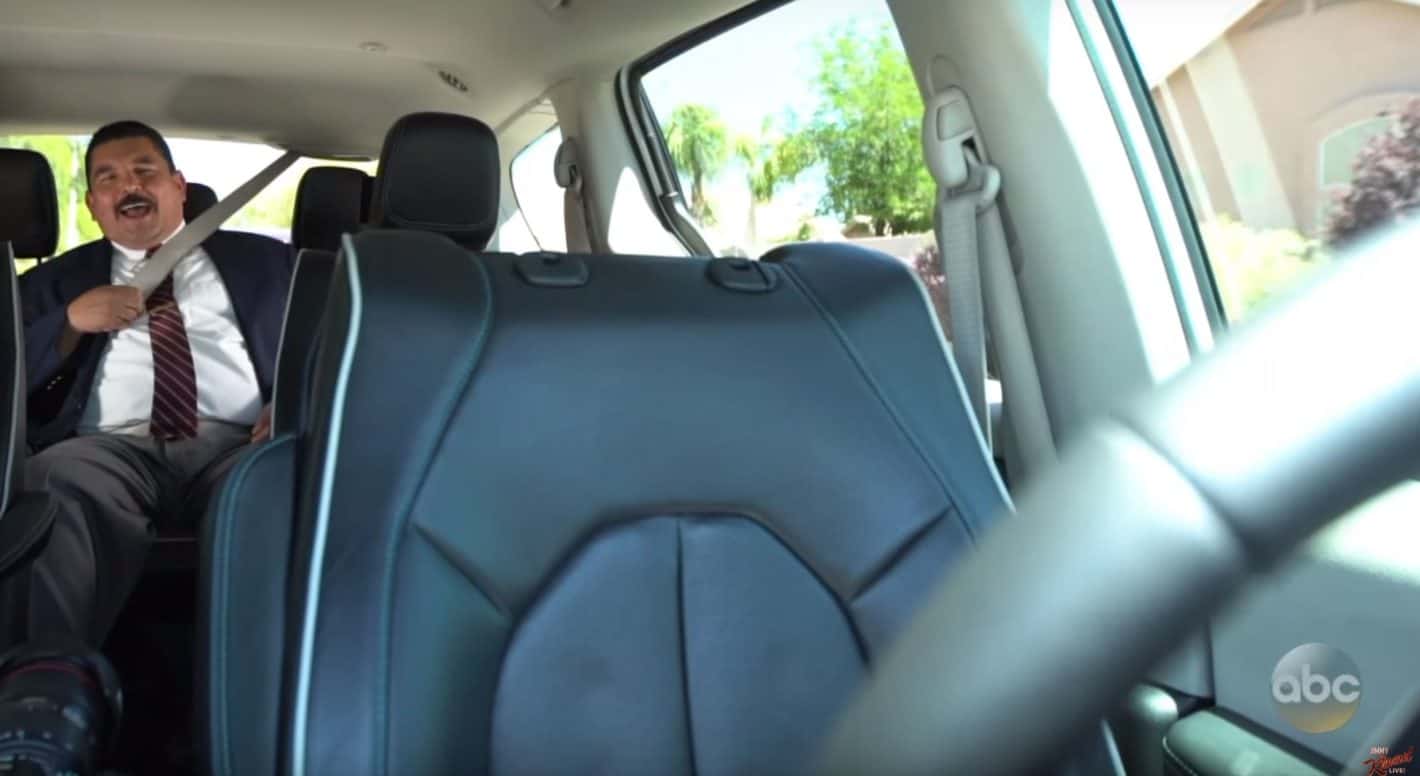 Jimmy Kimmel is now promoting Waymo’s self-driving solutions, having done just that with a pre-recorded bit aired as part of his show last night. The video that can be seen below shows how Kimmel’s sidekick Guillermo Rodriguez was tricked into riding one of Waymo’s autonomous Pacifica Hybrid minivans by being told he’s shooting a commercial for a new meat-flavored energy drink. Staged or not, the result of the endeavor was an effortless ride to a taco place, with the bit apparently being meant to showcase how far Google’s spin-off came since it started testing driverless cars in 2009.

Self-driving technologies are still in their infancy, especially as regulators in the United States and most other parts of the world are still slow to respond to their rise with legislation meant to standardize testing and eventual commercialization. The bulk of stateside testing is presently being conducted in California, Arizona, and Pennsylvania, with Waymo being the only company in the country that’s already experimenting with truly driverless vehicles in certain conditions. Units operating on public roads are still required to have a backup human driver in most states, though California is scrapping that requirement in favor of a remote system that would allow manufacturers to conduct more testing without expanding their workforce.

A self-driving Volvo XC90 SUV belonging to Uber’s fleet killed a woman in Arizona, Tempe, with the mid-March incident being considered as the world’s first autonomous car accident with a pedestrian fatality, raising questions about the safety measures and practices followed by the Silicon Valley and other players in the field. Driverless vehicles are still expected to drastically reduce the number of road fatalities on a global level; while only a single pedestrian was killed in over five years of autonomous car testing on public U.S. roads, over 40,000 American deaths have been attributed to traffic accidents in 2017 alone, according to a February report from the National Safety Council.