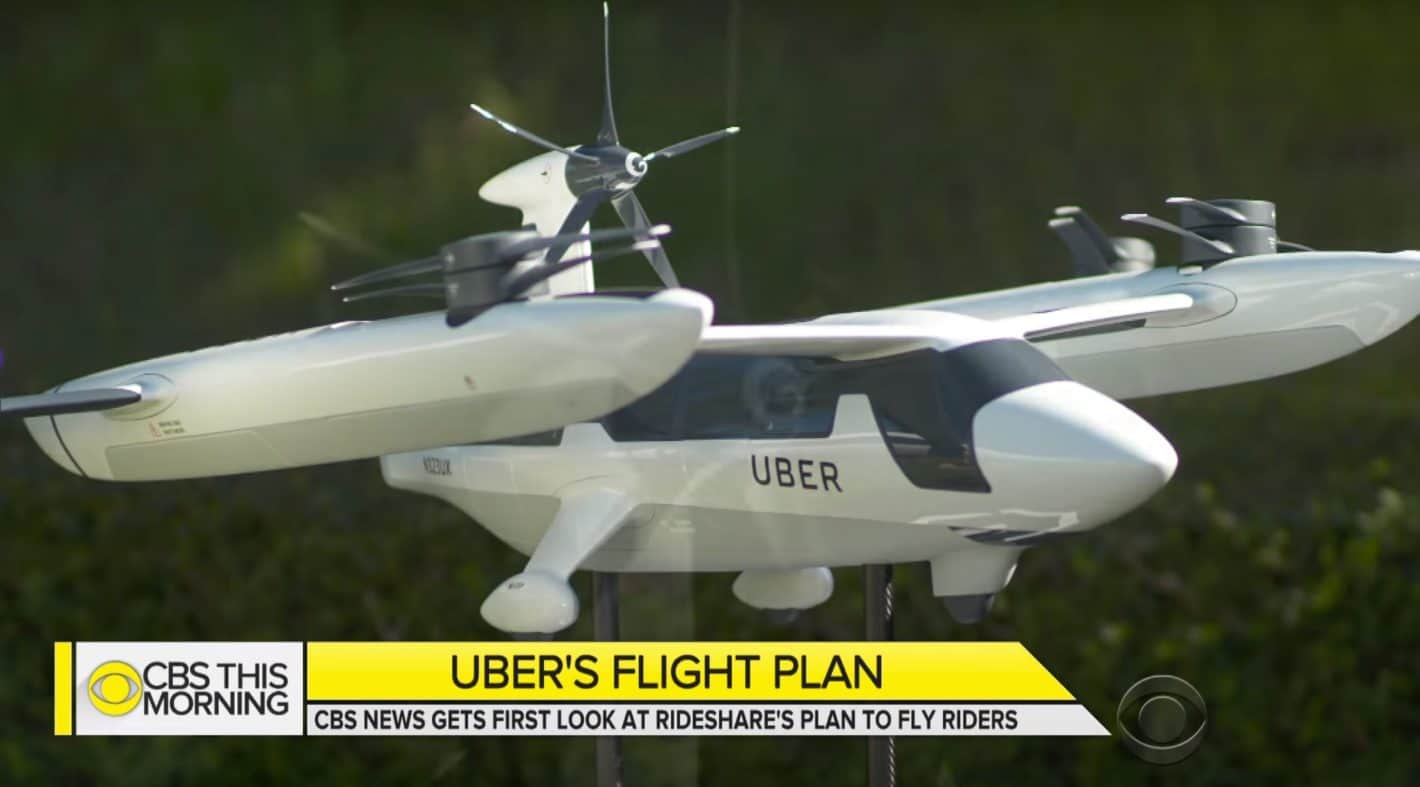 Top Uber officials on Tuesday revealed new details about UberAir, the startup's ambitious flying taxi service that's presently being devised and is planned to be commercialized in the coming years. In an interview with CBS, Chief Executive Officer Dara Khosrowshahi reiterated that the company is targeting affordability but also delved into how it intends to achieve it, having explained that Uber's vehicles will run on electricity and the flight-hailing service of the future will be designed to prioritize filling all four of their seats before having them take off so as to lower the costs per an individual passenger and be accessible to "normal people."

The prototypes themselves are still in a relatively early engineering phase, though the general idea behind them is to have them act as small planes capable of lifting off vertically and pulling to a stop if needed, e.g. while landing. The fact that they're electrical should also lower the noise they produce, though it's still unclear how loud the vehicles could get exactly. Uber is hoping to start demo flights as early as 2020 and commercialize the service by 2022. Los Angeles and Dallas will serve as its first two testbeds, with the firm now also sending an open call for two more cities interested in being part of its launch markets. The San Francisco-based startup already partnered on flying taxis with NASA last year, having envisioned prototypes capable of flying up to 200mph (322kmph). As part of the same interview, Mr. Khosrowshahi said he can "definitively" confirm Uber isn't exiting the self-driving market but is looking to make sure its vehicles are maximally safe before returning them to the public roads following the world's first autonomous car crash with a pedestrian fatality recorded in Tempe, Arizona, in March.

Uber is presently in the process of recovering its image following a year of controversies that eventually led to the departure of former CEO and co-founder Travis Kalanick, with Mr. Khosrowshahi now stating that while he's been helming this new effort to revamp the firm's corporate culture that's been widely reported as problematic, the change didn't start with him but within Uber's ranks themselves. The world's most valuable startup is expected to go public next year and still isn't particularly concerned about profitability, according to Mr. Khosrowshahi's recent statements.