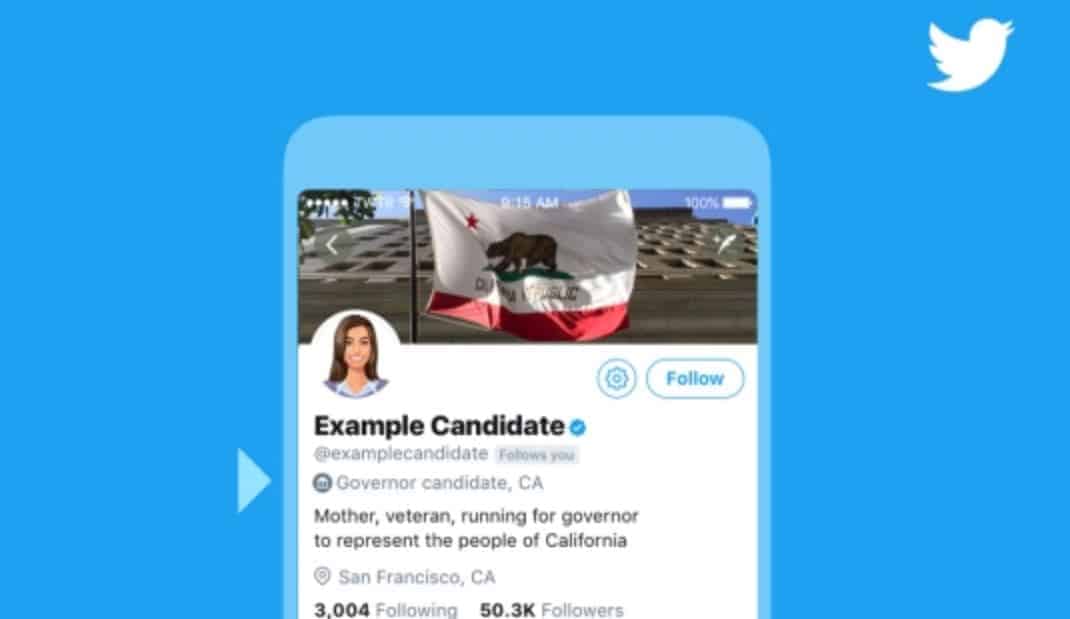 Twitter will attempt improving election transparency during the upcoming midterms in the United States with digital badges attached to most profiles belonging to a candidate for the House, Senate, or a state Governor position. The San Francisco, California-based social media giant says the move should improve the overall experience of staying up to date with the midterms by facilitating the process of tracking online sources and identifying accurate information. The upcoming badges will be part of a more broader feature Twitter is simply referring to as "labels," with the idea being to provide all users with a straightforward way of learning more about any particular candidate.

Among other things, labels will disclose the office any particular candidate is running for and their district number (if one is applicable), whereas the badge identifying their political aspirations will be displayed in the form of a government building icon seen above. The label will be attached to every Twitter element which would usually display a candidate's profile photo and will also appear in Twitter windows embedded into other websites. The company's newly announced identifiers will begin showing up next to profiles of candidates who have previously qualified for the general election ballot and gave Twitter permission to label them as such as of next Wednesday, May 30. As more candidates meet the midterm election requirements and agree to participate in the transparency initiative, their profiles will be updated with the same badges as well.

It's presently unclear whether the microblogging platform is planning to employ political labels to help improve the digital transparency of other elections around the world. The company suggested its upcoming feature is just the first of numerous additions and changes meant to help preserve the U.S. democratic process. Twitter has been operating at a profit over the last two quarters for the first time in its almost 12-year-old history.