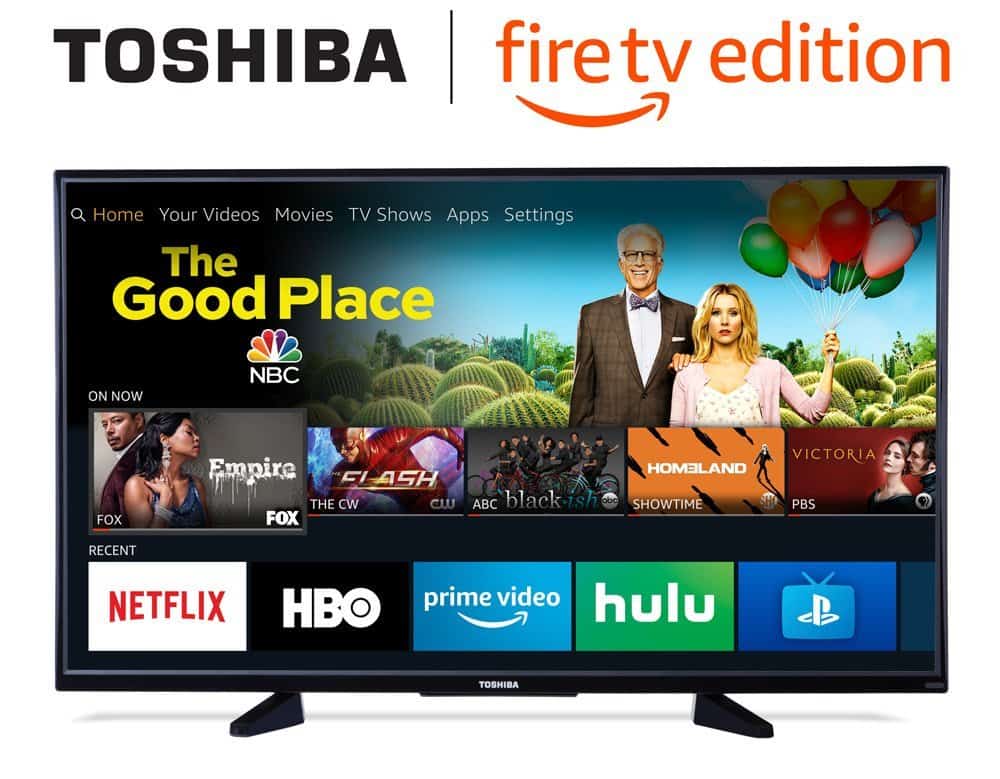 Toshiba has also joined the Amazon Fire TV family with its own lineup of TVs that have Fire TV built-in. These new TVs are now available for pre-order and will be shipping on June 22. Toshiba offers its Amazon Fire TV models in three sizes – 43, 50 and 55-inches. The 43-inch model starts out at $329, with the 50-inch at $399 and the 55-inch at $479. All three models do also offer 4K resolution, but there’s no HDR support here. Which is likely why these are cheaper than Element’s Fire TV models – which have HDR.

On the backside of these TVs you’ll find a slew of ports. This includes three HDMI, a USB, a composite, digital input and an ethernet port for wired Internet connections. This TV from Toshiba isn’t really anything special on the hardware front, but it is on the inside with its software. Instead of using some proprietary platform for its smart TV feature, Toshiba is using Amazon’s Fire TV, which is pretty popular and has a slew of great apps and games available. All of the big names are available here on Fire TV, including Netflix, Hulu, HBO NOW, DIRECTV NOW, Sling TV, SHOWTIME and many other big names. This is a great TV for those cordcutters out there that are looking to really cut the cord and get a TV with these apps built-in. On the plus side, with Fire TV built-in, you have an extra HDMI port free for another set-top box or gaming console – perhaps a PlayStation 4.

All three sizes of these Toshiba TVs are available for pre-order now, and will be shipping on June 22. That means if you are looking to pick one up for Father’s Day, it won’t land in time, coming in the following Friday. But it can still be a good option for Father’s Day next month. Toshiba joins the growing group of Amazon Fire TV sets out there, giving customers plenty of choices. You can pre-order your Toshiba Amazon Fire TV from Amazon using the link below.