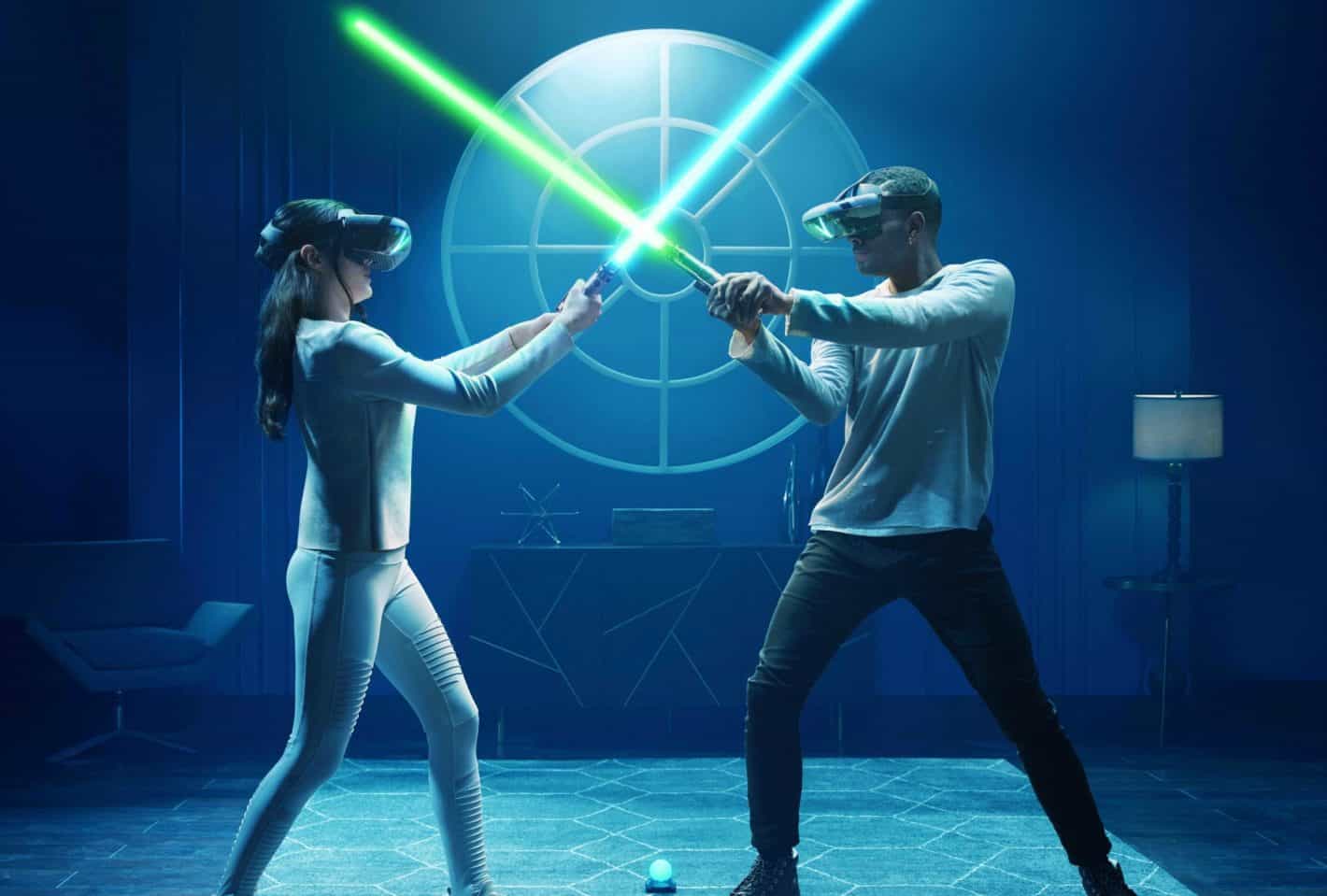 Star Wars: Jedi Challenges finally gets a multiplayer mode as Lenovo and Disney have now made the official announcement about the update. The new mode for the famed augmented reality headset and lightsaber tech that launched last year will let two players face off against each other in a 1-on-1 brawl with light sabers in hand, each with the goal of trying to best the other and become the victor. Lenovo says the update will be free, meaning those who already own the necessary hardware and software will simply be able to boot the experience up and enter a battle in the new mode which Lenovo is officially referring to as Lightsaber Versus Mode.

This is a local multiplayer mode which means you will need to be in the same room as the other person. That makes sense given the technology uses augmented reality and not virtual reality so you’ll still want to see the other person in front of you. While the update is free as is the Star Wars: Jedi Challenges app that you can download from the Play Store, you will need two of the Lenovo Mirage headsets, two of the lightsaber controllers, and two tracking beacons in addition to each person needing the smartphone with the app. Worth noting for those unfamiliar is that the headset is bundled with one tracking beacon and one controller.

In addition to being able to play simultaneously which is a first for Jedi Challenges, users will also be able to see the other person’s lightsaber as if they were actually battling against one another. For Star Wars fans this has been a highly requested feature of the app, and it comes at the perfect time as it is officially Star Wars Day, otherwise known as May The 4th. Lenovo says that players will receive visual guidance alerts telling them when to block so they’ll have some time to attempt it, though winning the battle will still rely mostly on the reflexes of the user. The app update should be live on the Play Store for those who want to check it out. 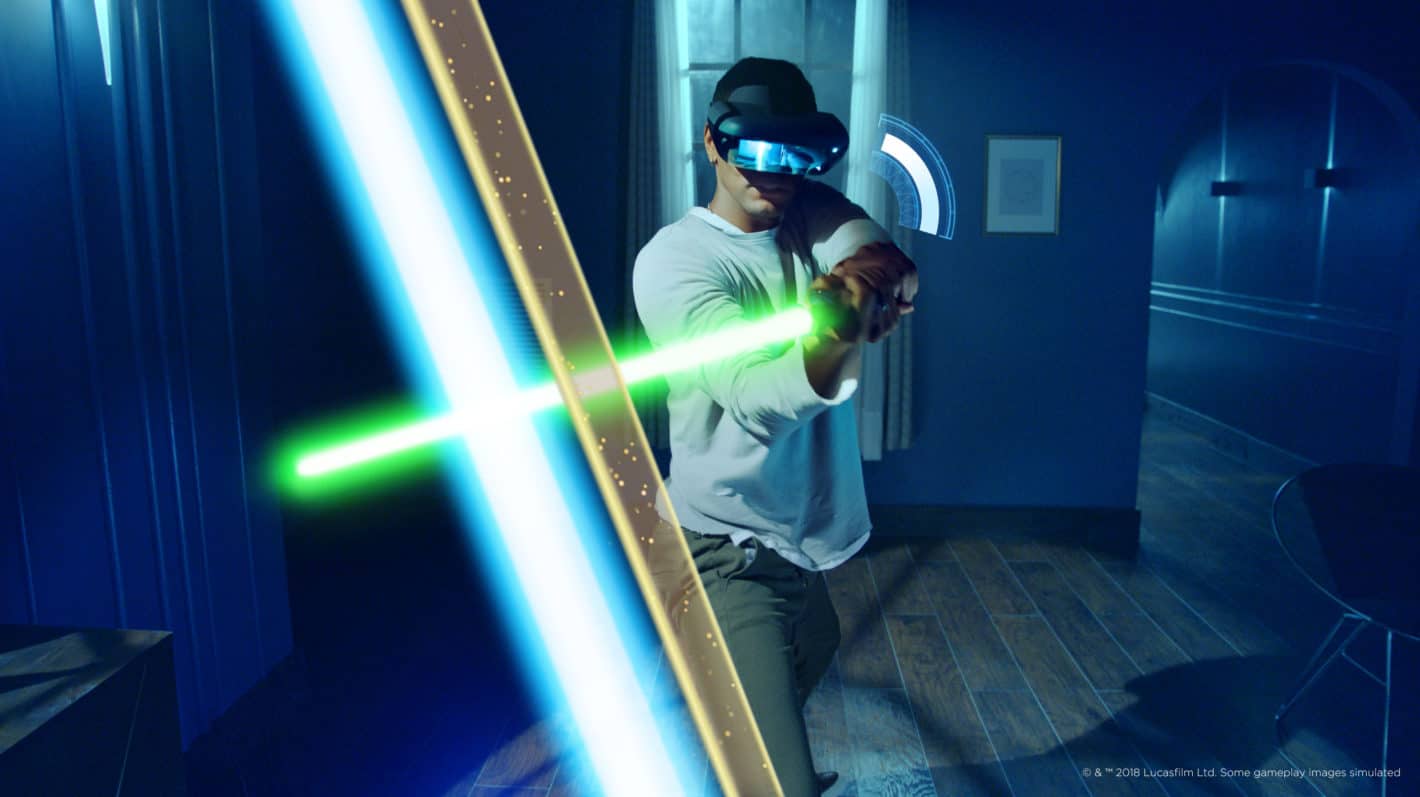 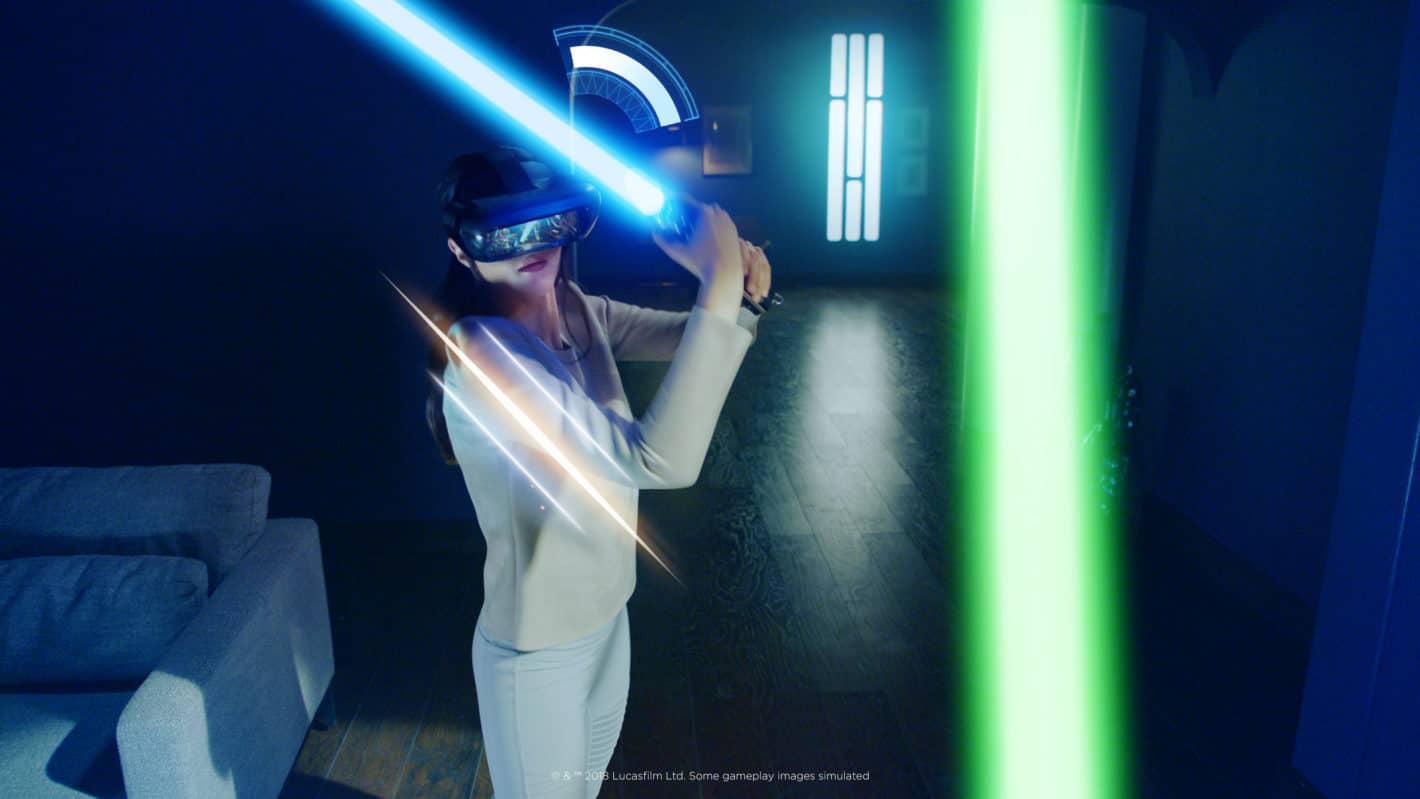 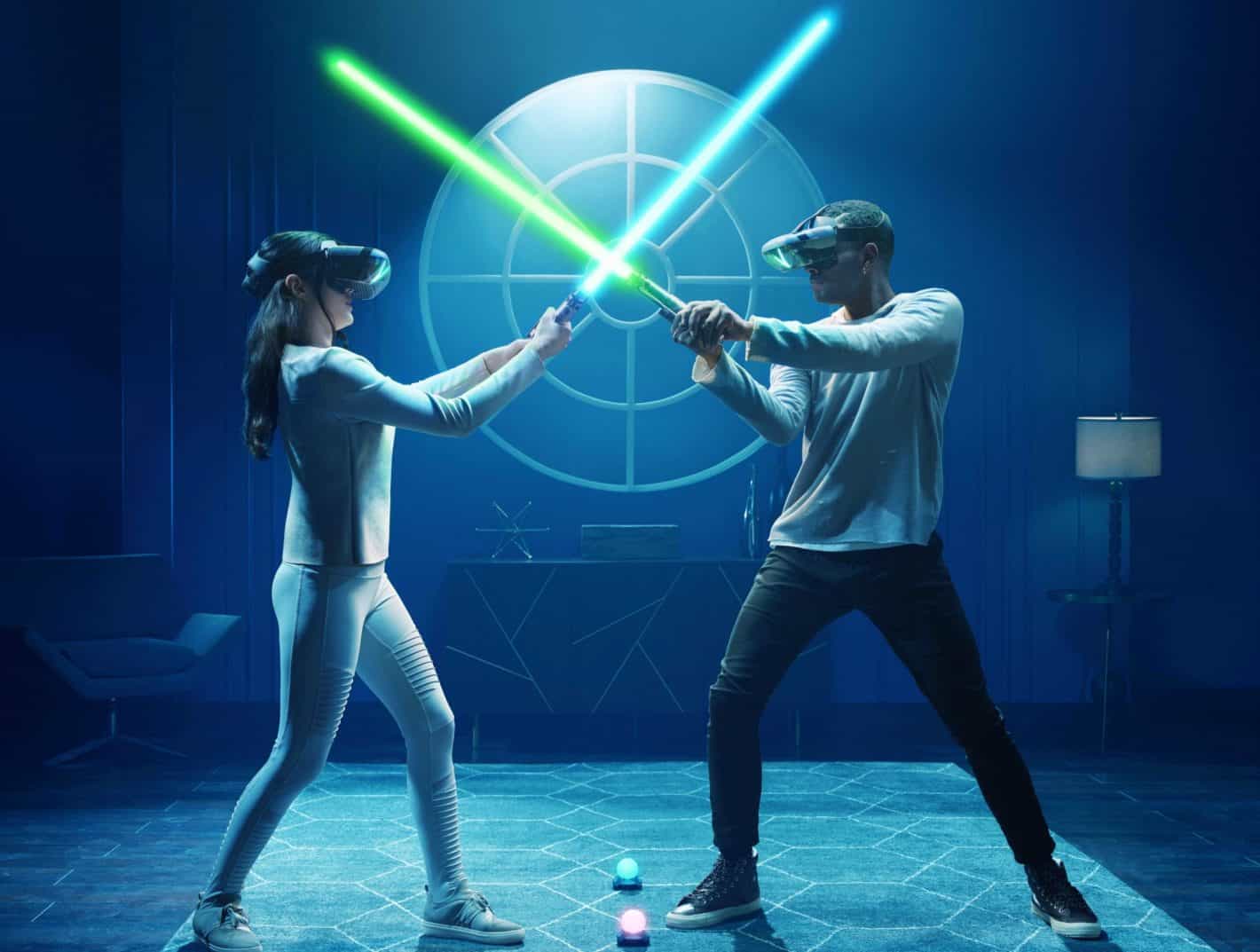 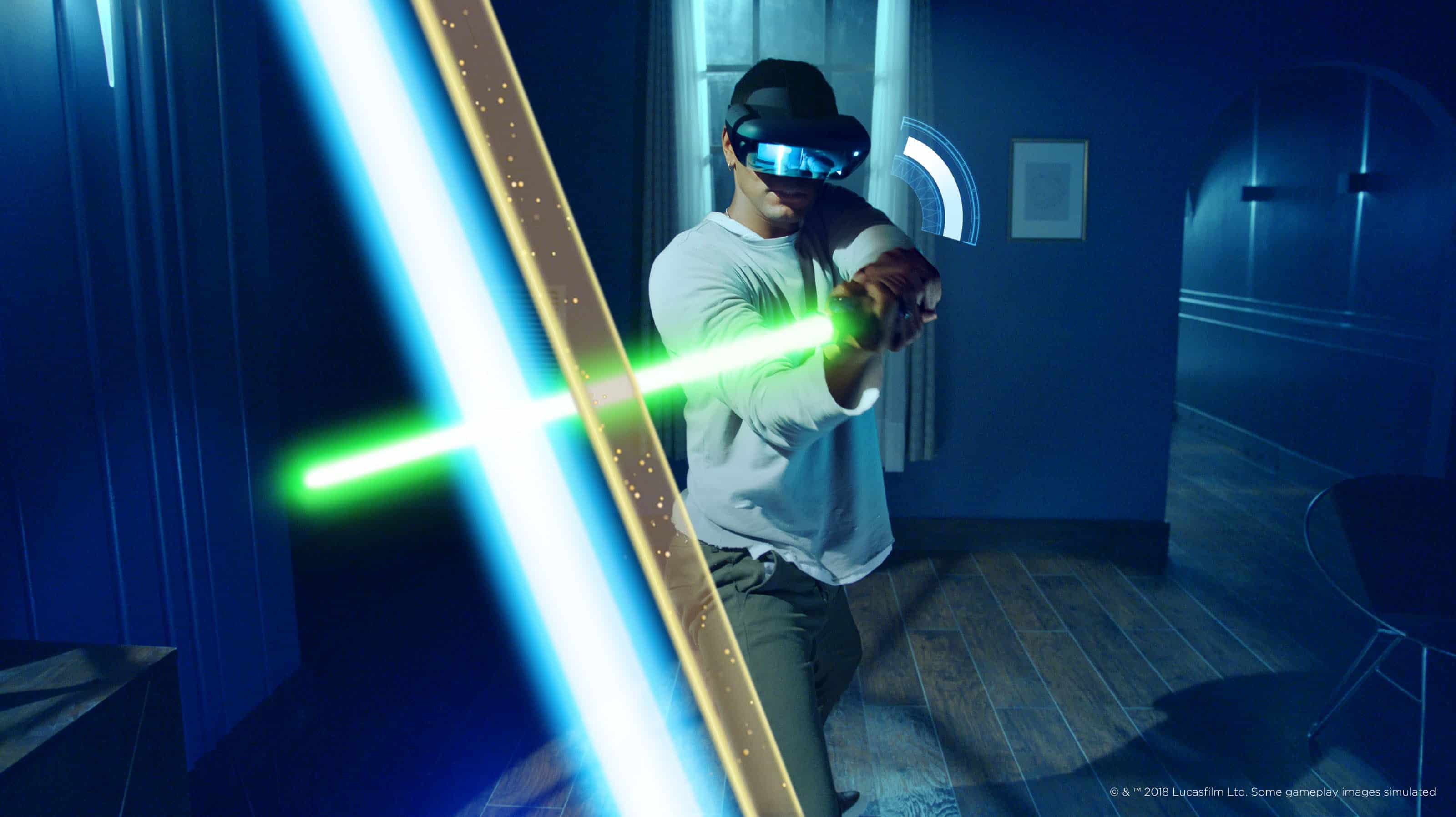 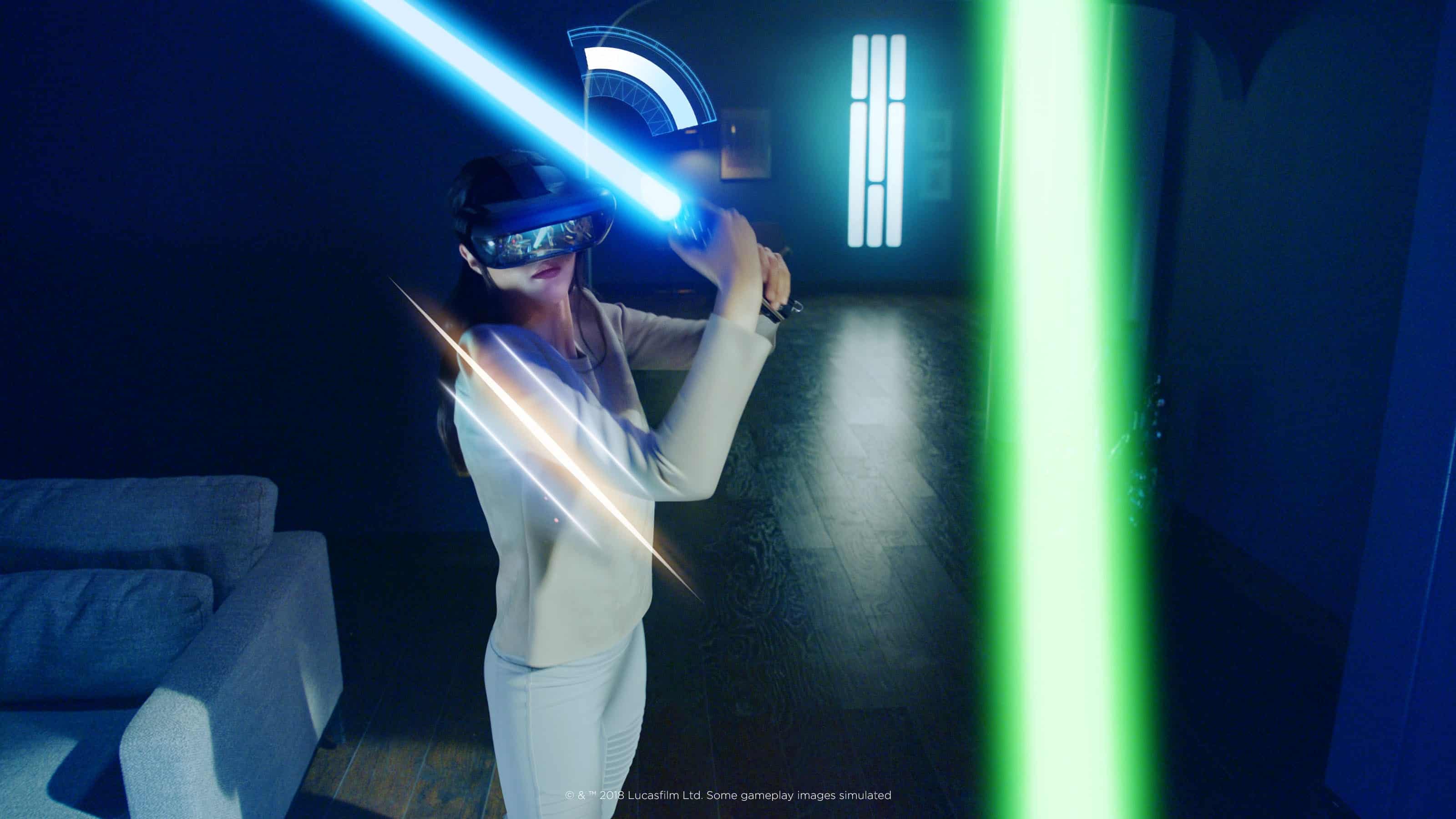 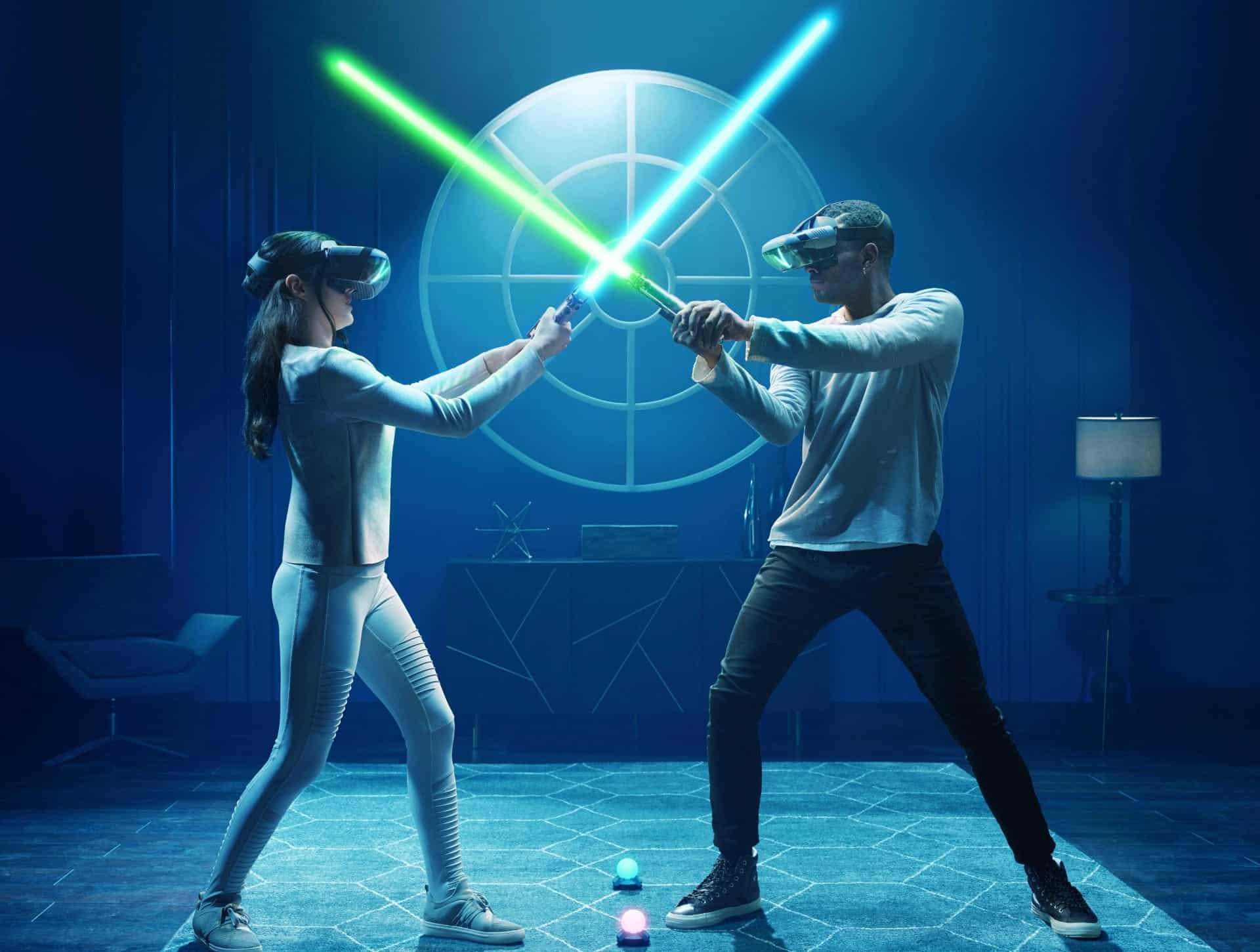