A self-driving Volvo XC90 from Uber’s autonomous fleet saw a jaywalking woman six seconds before hitting her in Tempe, Arizona, two months ago, according to the findings of a preliminary investigation conducted by the National Transportation Safety Board. The initial report on the matter published today raises concerns about the configuration Uber used for testing its self-driving vehicles in the state, with the federal agency learning that the company disabled the SUV’s emergency brake so as to “reduce the potential for erratic vehicle behavior.” While its human backup drivers were always able to activate the emergency brake, the artificial intelligence controlling the car under normal circumstances wasn’t. According to an early May report from The Information, the limitation may have been imposed so as to ensure a maximally comfortable experience for riders as Uber’s existing prototypes are likely to overuse their emergency brakes and make needless sudden stops.

An emergency braking maneuver is what the Volvo XC90 in question determined was needed in order to “mitigate a collision” 1.3 seconds before impact, the NTSB found. While the backup driver present in the vehicle is expected to react in such scenarios, Uber’s autonomous vehicles haven’t been designed to alert them of an impending accident. The driver present in the vehicle at the time of the accident took her eyes off the road moments before impact, according to redacted security footage of the incident released by local authorities last month. In an interview with NTSB investigators, the operator said she was looking down in order to monitor the main system interface of the vehicle like her job requires her to, adding that she hasn’t used her business or personal smartphone until after the crash in order to call 911. Uber is permanently closing its autonomous driving operations in Tempe due to the ordeal, having already laid off all 200 of its backup drivers in the city.

The Volvo XC90 hit the 49-year-old woman at 39mph, with the victim succumbing to her injuries shortly afterward. None of the vehicle’s systems were damaged or otherwise malfunctioning, with the backup driver engaging the steering wheel less than a second before the impact and hitting the brakes in under a second afterward. The first known pedestrian victim of a self-driving car crash was crossing a poorly illuminated, four-track road illegally, wearing dark clothes and pushing a bicycle, according to the NTSB. She did not look in the direction of the oncoming vehicle at any point. The federal agency is still probing the incident in collaboration with the Arizona Department of Transportation, Uber, and Volvo Cars. 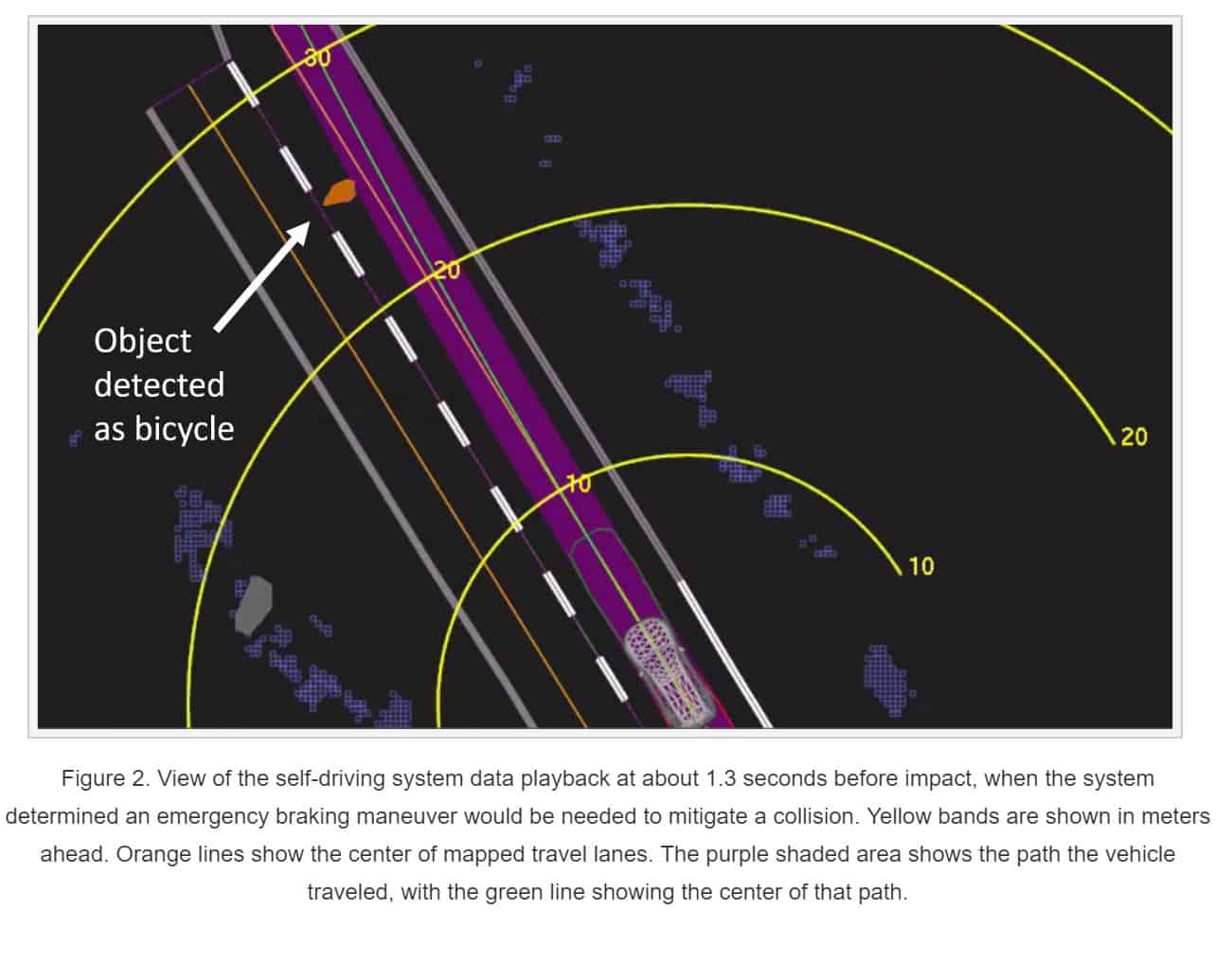