Skip to content
Advertisement
Trusted By Millions
Independent, Expert Android News You Can Trust, Since 2010
Publishing More Android Than Anyone Else
46
Today
88
This Week
701
This Month
5809
This Year
115810
All Time
Advertisement

An unannounced Android smartphone from Samsung identified by the model number SM-G885/DS was certified by the United States Federal Communications Commission earlier this week, as revealed by a new set of documentation published by the agency on Monday. The name of the handset is indicative of dual-SIM capabilities, with the FCC directly referring to it as a “mobile phone” with Bluetooth, FM Radio, and NFC support. The existence of the latter feature effectively excludes the possibility of the SM-G885/DS being an entry-level handset as not even every contemporary mid-range smartphone allows for NFC connectivity, though it’s still unclear what price bracket is the newly sighted handset meant to fit.

While some industry watchers were quick to start speculating about the possibility that the SM-G885/DS is the Galaxy S9 Mini, Samsung itself dropped mid-range revisions of its Android flagships years ago and never signaled any intention of returning to them. One of the previously rumored Galaxy S9 Mini variants known as the SM-G8750 is now expected to debut exclusively in China as the Galaxy Dream Lite, though its model number appears to be unrelated to the handset that passed through the FCC earlier this spring. The “F” in its identifier is indicative of the SM-G885/DS being an international version of one of Samsung’s upcoming mobile products, meaning the device is most likely powered by an Exynos-series chip. The FCC listing reveals the SoC inside the phone is running at up to 2.2GHz, suggesting the device may be equipped with the Exynos 7 Octa 7885, the same module fueling the Galaxy A8 and Galaxy A8 Plus launched late last year.

An Android smartphone with a seemingly related model number of SM-G8850 was recently rumored to be launching as the Galaxy A8 Star, yet another mid-range offering from the South Korean tech giant. The handset in question is said to be planned for a stateside release and will reportedly feature Qualcomm’s Snapdragon 660 silicon, 4GB of RAM, 64GB of storage space, and an 18.5:9 Infinity Display with an FHD+ resolution. If the SM-G885/DS is part of the same product family, Samsung is likely planning a global launch of the lineup, though it’s still unclear when the unannounced product may be made official. 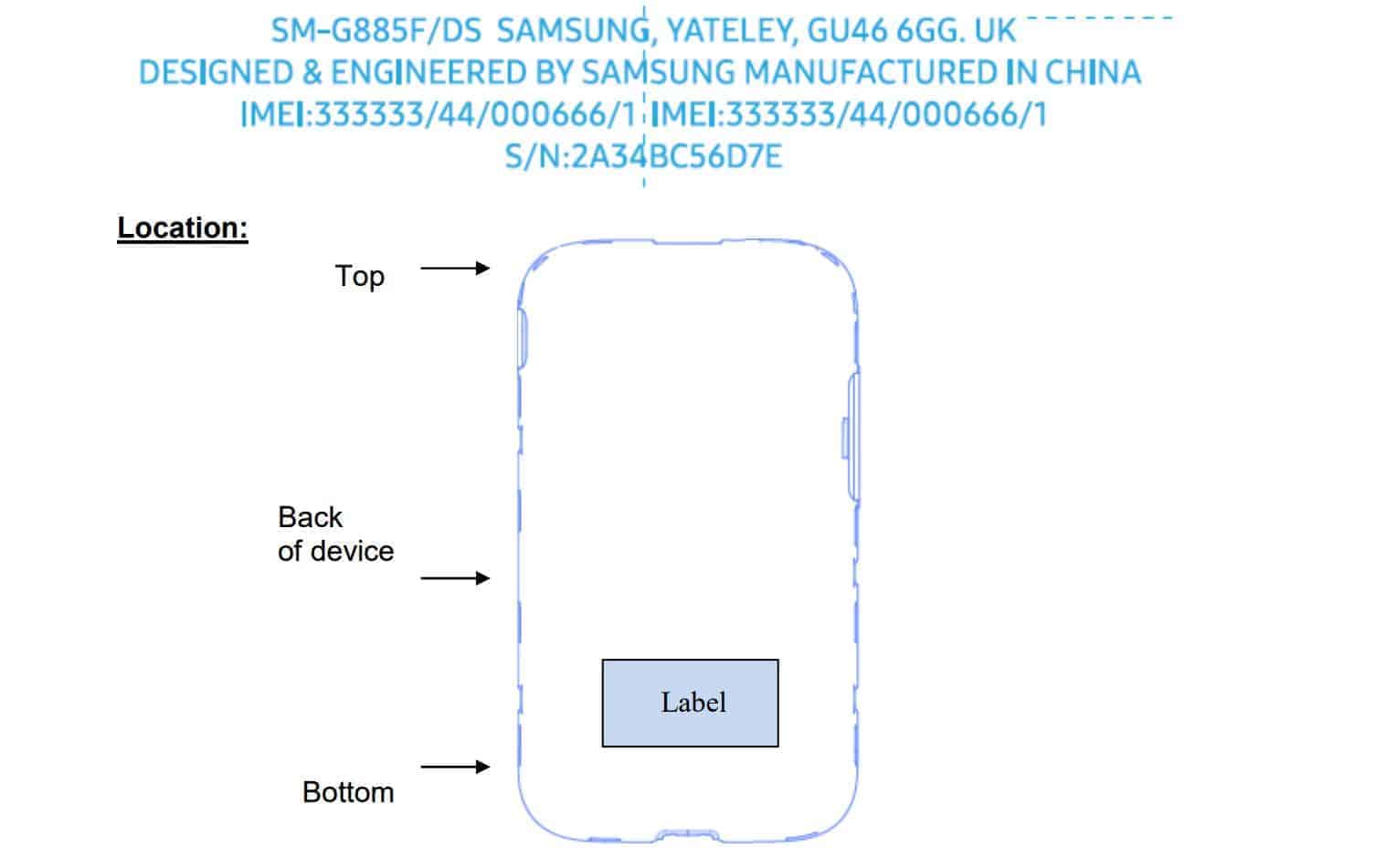