The Samsung Galaxy Tab S3 in the UK is now getting a software treat, officially receiving the Android 8.0 Oreo update. The new firmware version brings new features and tweaks and improves the overall experience of the tablet. The Galaxy Tab S3 made its debut last year at the Mobile World Congress MWC, promising an advanced experience in terms of productivity and entertainment. The slate comes with high-end specs, a premium design, an S-Pen stylus, a sleek HDR display, and quad speakers, and it launched at a steep $600 price point.

The Wi-Fi-only version of the Galaxy Tab S3 carries model number SM-T820 while the Wi-Fi + Cellular version comes with model number SM-T825, and the update is currently rolling out for both variants in the UK. The update has been expected for a while now, as the tablet was spotted back in March at the Wi-Fi Alliance, getting the necessary certifications for the new firmware. The new Android 8.0 Oreo update package carries build number T820XXU1BRE2 and it includes the Android security patch for April, with the latest one for May likely to become available soon enough. Monthly security updates aim to keep the Android OS up to date against the latest threats to ensure that devices are not vulnerable to various hacks, exploits, or malware.

The Android 8.0 Oreo update is currently rolling out over the air, but those who don’t want to wait around for the OTA notification can also manually check for the update’s availability and install it themselves if it’s ready. To do so, access your device’s Settings > Software update > Download updates manually. As always, before proceeding to download and install a new update, make sure the device has at least 50 percent battery life left and that it’s connected to a stable Wi-Fi network, as it might incur extra costs if done over a cellular connection. Keep in mind that the rollout is gradual and it might take a while to reach all users, but it’s nonetheless on its way. At the same time, the Android 8.0 Oreo build for the Samsung Galaxy Tab S3 tablet has only been confirmed in the UK for now, but it should make its way to other markets soon enough. 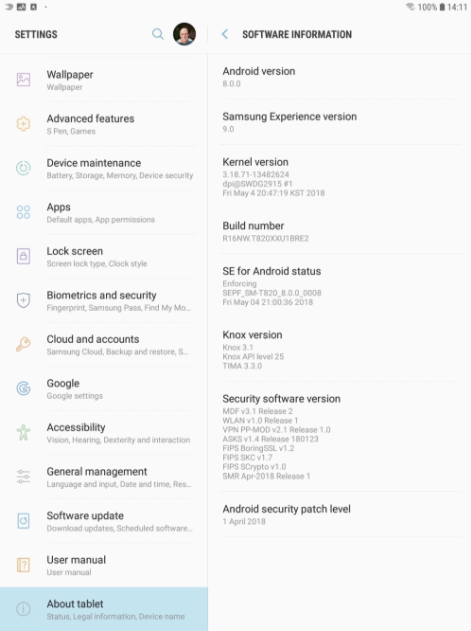