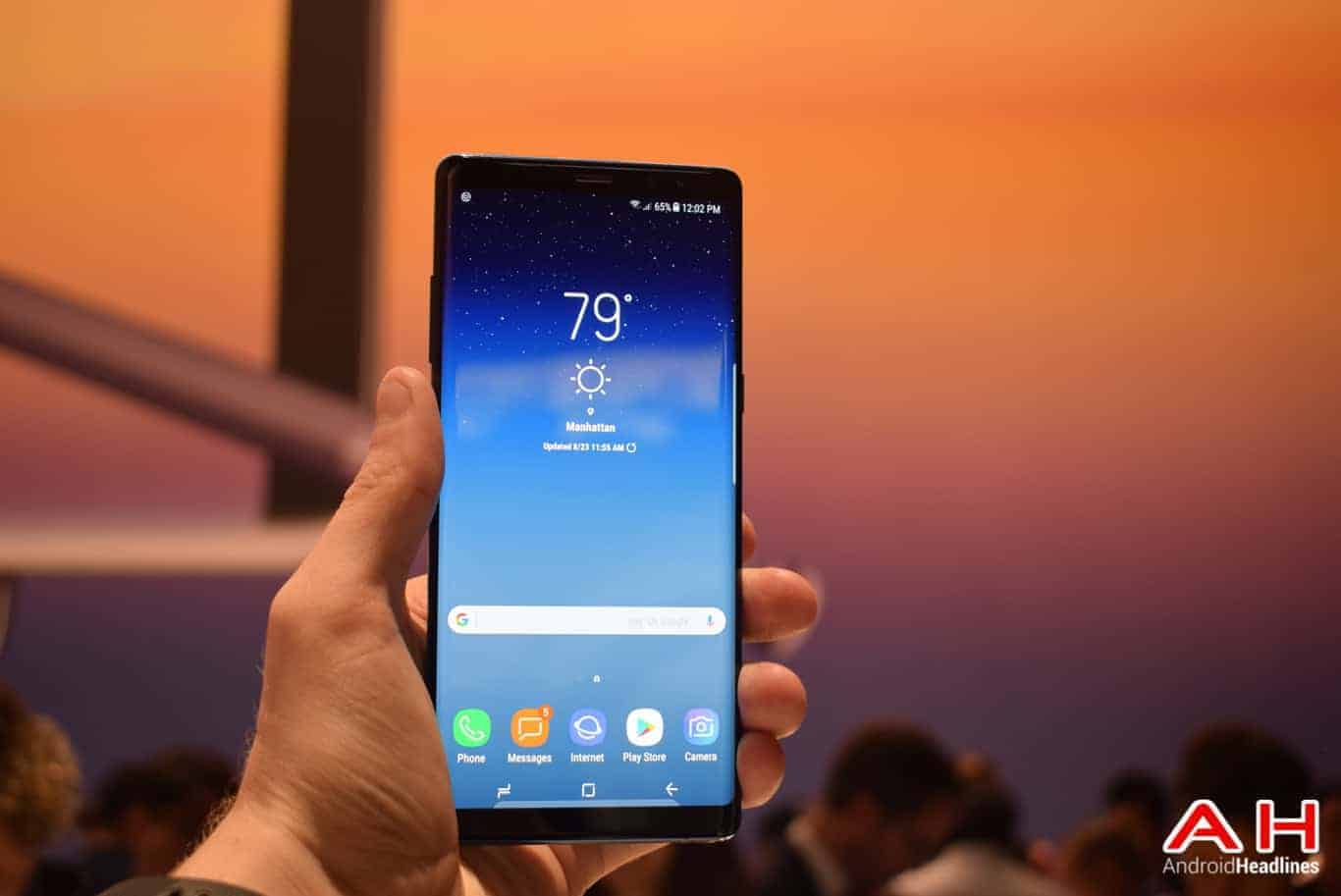 Samsung's Galaxy Note 9 may launch ahead of schedule this year, according to a new rumor that's been making the rounds over the last 24 hours, having seemingly originated on Twitter. The device identified by the model number SM-N960 will supposedly be announced on July 29, as per that newly emerged and somewhat dubious claim. Virtually every flagship released by the South Korean tech giant over the last half a decade has been rumored as a candidate for an early announcement but that speculation rarely turned out to be correct, with Samsung having a strong history of sticking with its six-month refresh cycle in the high-end segment of the mobile market. With the Galaxy S9 lineup being announced at MWC in late February before starting to retail in mid-March, the Galaxy Note 9 is still more likely to debut in late August, with the implication being that Samsung will once again unveil the latest addition to its premium phablet family at Berlin, Germany-based IFA trade show.

While the company is understood to have already finalized the design of the upcoming flagship that's said to be similar to the Galaxy Note 8, it may still be undecided on the memory configuration of the most premium variant of the device, with one insider recently claiming the top model may end up shipping with as much as 8GB of RAM and 512GB of storage space. A new iteration of Bixby is also said to be part of the package, offering faster responses and expanded capabilities, among other features. Qualcomm's Snapdragon 845 is still expected to power all Galaxy Note 9 variants sold in the United States, Canada, Mexico, and China, whereas Samsung's own Exynos 9810 should be found inside the models retailed in other markets, as is the case with the Galaxy S9 lineup.

A new color option is also rumored to be on the cards for the Galaxy Note 9, with the variant supposedly being called "Teddy Brown." The phablet is expected to be Samsung's last Android flagship without 5G support, with the Galaxy S10 lineup already being predicted to launch with such capabilities early next year. Should Samsung stick with its established product release schedule outlined above, the Galaxy Note 9 should become available for purchase by mid-September following a short pre-order period spanning some two weeks.