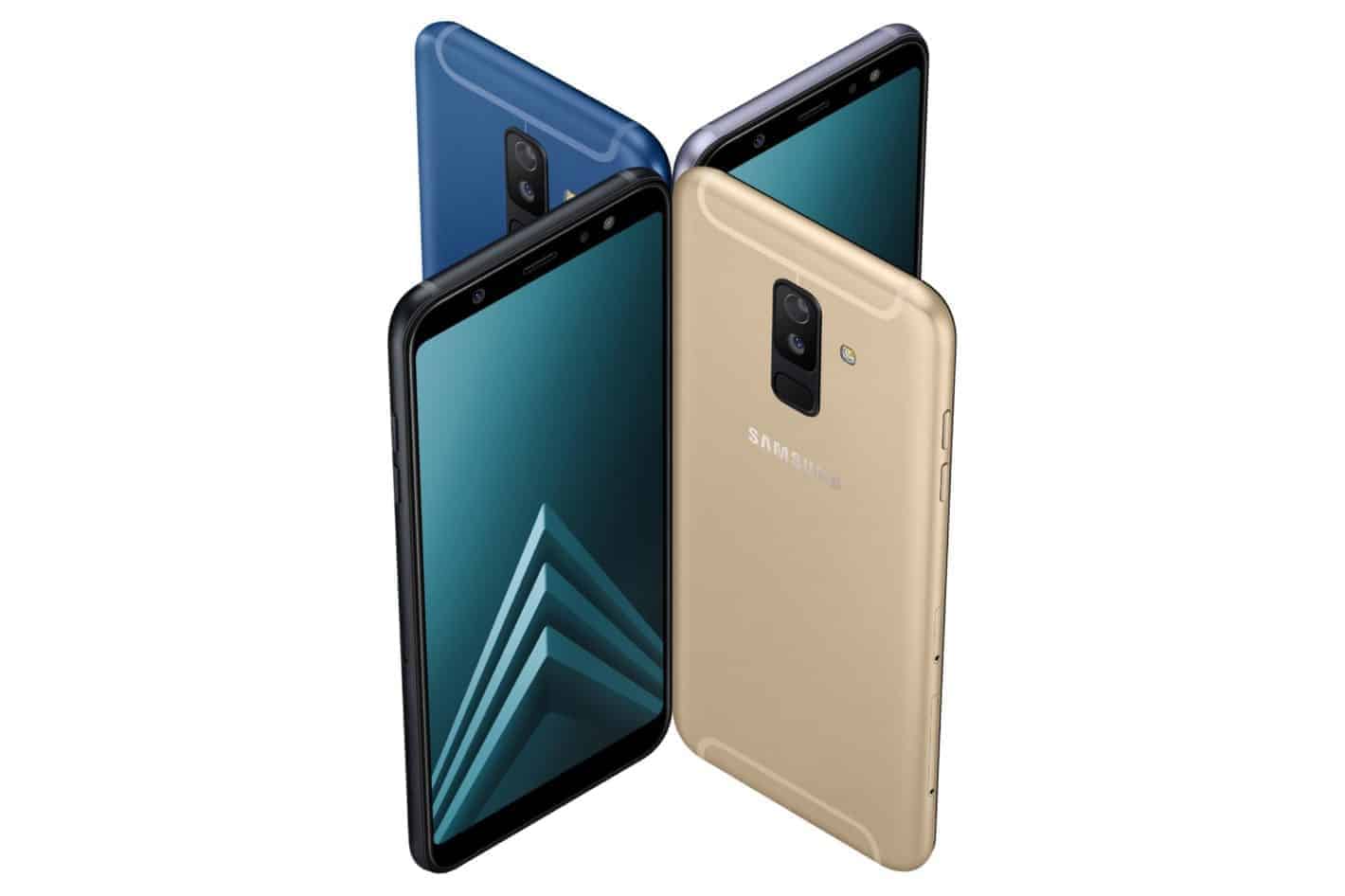 Samsung announced a pair of Galaxy A6-series Android smartphones at an event in India where the Galaxy J6 and J8 also went official. The Galaxy A6 and Galaxy A6 Plus debuted earlier this month as more premium alternatives to the Galaxy J series that caters to the lower mid-range segment. Featuring a metal unibody design, the two Galaxy A6 smartphones include an Infinity Display that was introduced with the 2017 Galaxy S8. The A6 Plus takes design cues from the Galaxy S9 Plus to boast a vertically aligned dual-camera setup on the back with a fingerprint scanner below the camera housing. Samsung India is making both handsets available from Amazon.in, Samsung Shop, Paytm Mall, and its offline stores starting tomorrow, May 22. The lower-end Galaxy A6 will be available in two storage variants – 32GB and 64GB – which will cost Rs. 21,990 (~$323) and Rs. 22,990 (~$338), respectively. The slightly improved Galaxy A6 Plus costs Rs. 25,990 (~$382) for its only 64GB storage variant. Buyers can benefit from an additional cashback of Rs. 3,000 (~$44) either via Paytm Mall or by using an ICICI credit card.

Both Galaxy A6 models boast a flat Infinity Display instead of a curved one found only on premium Samsung smartphones. This is still a Super AMOLED panel with a tall 18.5:9 aspect ratio, with its resolution capped at 720p for the A6’s 5.6-inch display and 1080p for the A6 Plus’s 6-inch one. Samsung’s proprietary apps like Samsung Pay Mini and Samsung Mall come as a part of the company’s Android implementation, with the Mall app leveraging the phone’s AI capabilities to serve users with better results. Variable selfie flash feature has also been included in the phones’ camera app, allowing users to manually adjust the flash intensity according to ambient light available. Both phones come running Android 8.0 Oreo out of the box with support for Dolby Atmos-based audio output via a 3.5mm headphone jack. All of the aforementioned storage variants of the devices are paired with 4GB of RAM.

Apart from their dissimilar display sizes and resolutions, the Galaxy A6 and A6 Plus are also fueled by different processors. The former boasts an Exynos 7870 chipset coupled with the Mali T830 GPU, while the latter features an octa-core Qualcomm Snapdragon 450 SoC equipped with the Adreno 506 GPU. The Plus model also gets a larger 3,500mAh battery along with a rear-placed dual-camera setup with a 16-megapixel (f/1.7) primary module and a 5-megapixel (f/1.9) secondary one. A front-facing 24-megapixel (f/1.9) is also a part of the package. On the other hand, the standard A6 model comes with a tad smaller 3,000mAh battery and a single rear camera of 16 megapixels (f/1.7), along with a front-facing 16-megapixel (f/1.9) camera.