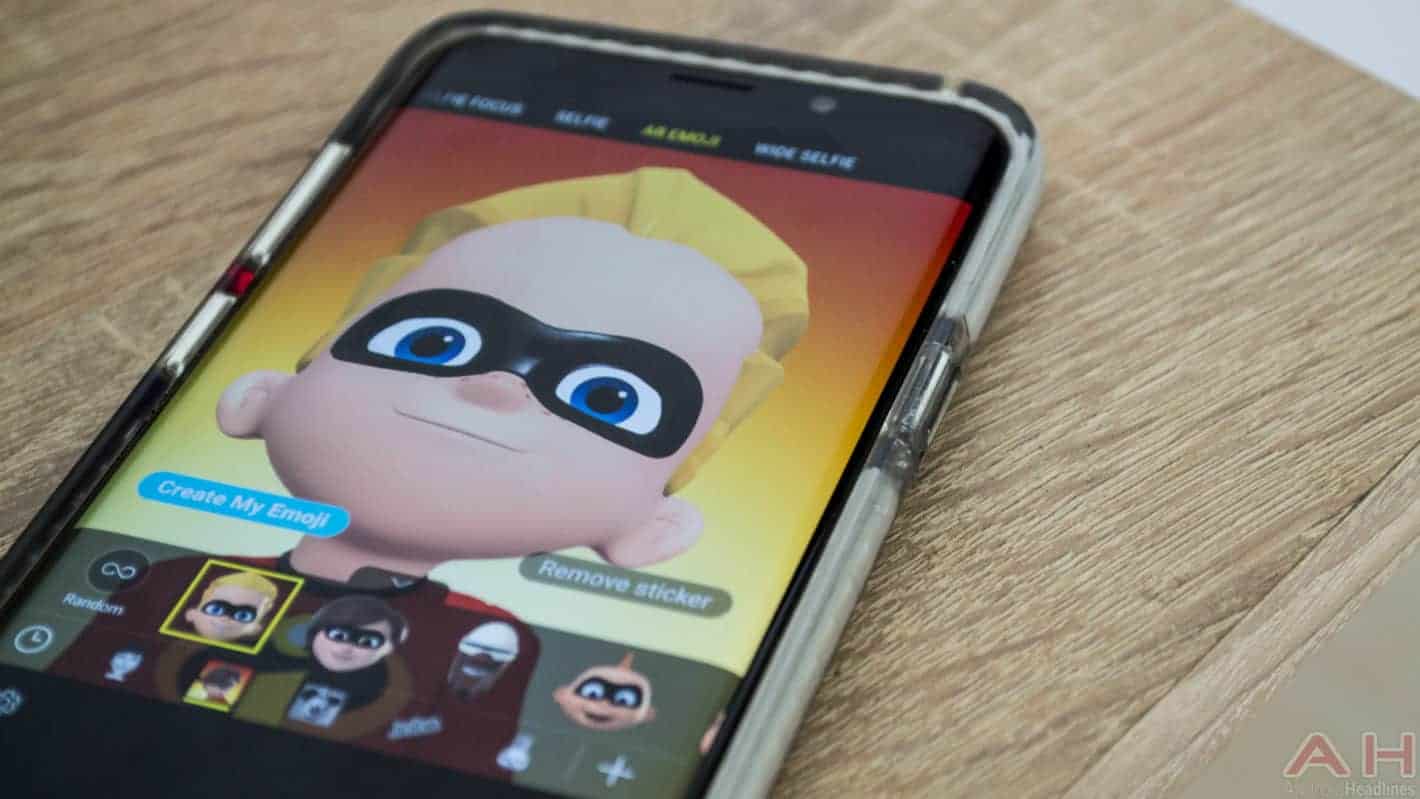 Samsung's content partnership with Disney is continuing with the addition of several characters from animated franchise "The Incredibles," the duo announced earlier this week. The five members of the famous superhero family and Super Frozone are now all part of the AR Emoji package, being available for download as a standalone camera filter set on the Galaxy Apps marketplace. Mr. Incredible, Elastigirl, Dash, Jack-Jack, and Violet are landing on the Galaxy S9 and Galaxy S9 Plus weeks after Mickey, Minnie Mouse, and Donald Duck did the same.

With AR Emoji being an exclusive feature of the Galaxy S9 lineup, no other Samsung-made device offers these newly debuted animated filters, though the augmented reality service could technically work on any contemporary handset from the company, the firm behind the technology, Loom.ai, told AndroidHeadlines earlier this year. The newly introduced face mask package can be found manually on the Galaxy Apps store, though a shortcut to its listing is also available in the default camera app of the Galaxy S9 and Galaxy S9 Plus; simply navigate to the AR Emoji mode and tap the plus icon in the bottom right corner of the user interface. Characters from Frozen and a number of other Disney-owned franchises will be making their way to Samsung's latest Android flagships later this year, with the original announcement of the content partnership between the American entertainment conglomerate and the South Korean tech giant promising a full year of continuous filter updates.

Released in mid-March, the Galaxy S9 lineup has been performing in accordance with Samsung's commercial expectations, the company said earlier this spring. AR Emoji themselves have been a somewhat polarizing feature, with many users criticizing their basic nature, though Loom.ai says the platform can do much more if paired with a depth-sensing 3D camera solution. Samsung is reportedly planning to integrate such iPhone X-like module into the Galaxy S10 series, albeit in a way that allows it to avoid delivering a handset with a display notch.